35 Years in 'The Original Gateway to the West Coast'

Employee
Southwest Airlines in El Paso is like a five-star bed and breakfast you stumble upon during a daunting road trip.  It's welcoming from the outside, but you don't fully realize its hospitality until you're fullly immersed, and properly settled in.

El Paso was the first city I ever visited as a Southwest Employee.  I don't know who made the call for my first dose of Southwest Culture to be introduced to Bob Jacquemotte and his Team; perhaps it was happenstance.
Whatever the reason; whoever its executor; it was the right call.

El Paso is a force, and it's guys like Bob who make it so.  Bob has a wealth of knowledge, and I quickly became rich myself, after asking him a little about the Station's history.  El Paso is heralded as Southwest's "Original Gateway to the West Coast," having been one of the first cities to break the intrastate stigma. 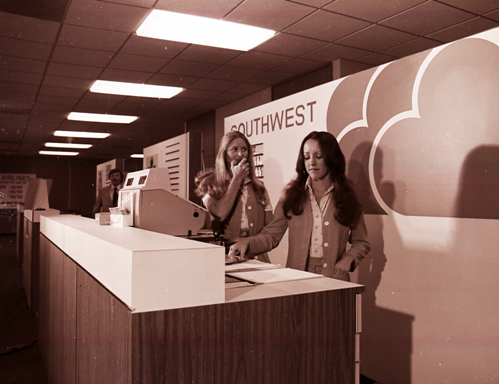 There's a camaraderie in El Paso that embodies the Warrior Spirit, Servant's Heart, and Fun-LUVing attitude.  Even as I type this post, while the celebration is still going strong, I have caught several conversations between Coworkers, Customers, and guests.  An Ops Agent asking a Ramp Agent if they have enough water below-wing; People taking care of one another.

Speaking of the celebration, the City of El Paso was out in full force to support Southwest on this historic day.  Former Head of the Transportation Committee for the El Paso Chamber of Commerce, Tom Diamond, was presented with a model aircraft for his role in bringing Southwest to El Paso.  He emphatically described today's honor as a "crowning achievement" in his life.

Employees here are proud of El Paso, and it's clear to me their generosity knows no bounds. It's their Community, after all.  Station Administrator Sally Ortega was recognized with a Congressional Recognition for donating two tickets to a family in need due to a medical emergency.  Sally won those two tickets at a holiday party.

Southwest Employee Colleen Dean was also surprised by SVP Customer Service Teresa Laraba, with a $2,500 prize, as part of our Kick Tail Program.  When I told Teresa who had won, just before the announcement, her eyes lit up. 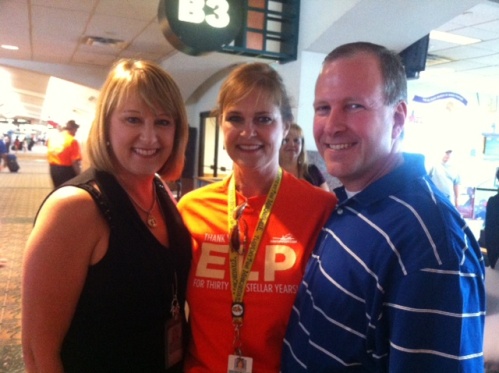 Bob and his Team personify what it is to Live the Southwest Way.  Thanks, El Paso, for letting me hitch up to your 35th Anniversary bandwagon.  You really made my day. 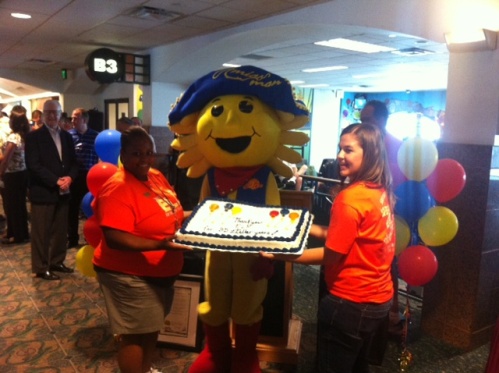 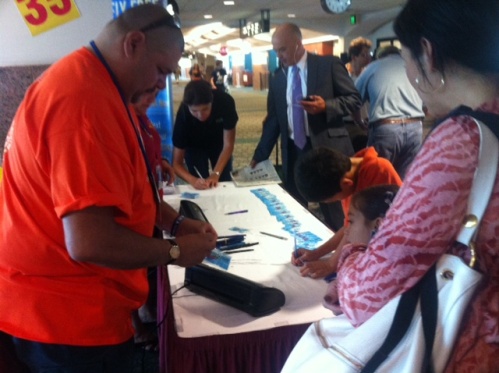 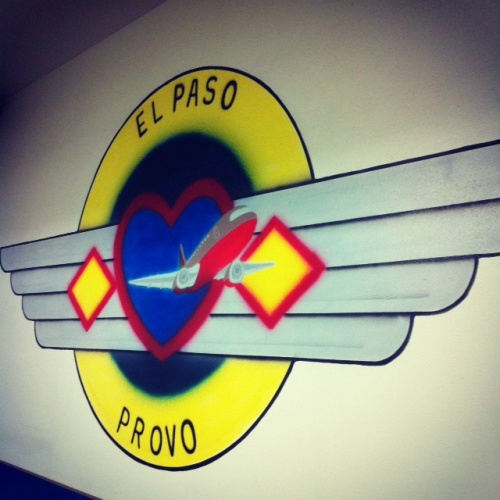 Frank10
Not applicable
Brooks, nice writeup! Thanks for sharing our celebration with us today at ELP.
28 Loves