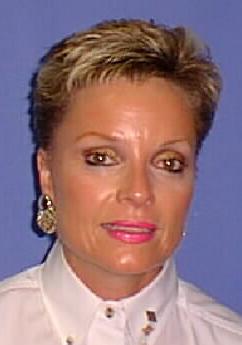 vgale
Not applicable
I became a Southwest Airlines Flight Attendant—or Hostess as we were called back then—on September 26, 1974, and immediately knew I was in for quite the adventure.  It was a time in our country where almost anything went, and at Southwest, we certainly flew by the seat of our hot pants!

To apply to be a Hostess, it was required to submit a picture along with your application.  So, I sent one in and crossed my fingers.  I guess the Recruiter liked what they saw because I was called to meet with the—as Southwest only had one—Inflight Supervisor, Nancy Wise.  After I had Nancy’s stamp of approval, I was called back to meet with Head of Inflight Bud Herring. Required attire for this interview was—you guessed it—shorts!

Bud asked standard interview questions, and before I knew it, I was in Southwest’s Hostess Class #7!  With 25 Hostesses, ours was the largest class Southwest had ever had ,and we held training at the Ramada Inn that was across from Love Field.  The class was so large because the Company was planning on starting service soon with a fourth 737 to Southwest’s fourth city, HRL.

After training, I was excited to begin flying and earning $3.25 per trip!  Since there wasn’t an Inflight Scheduling Department or a DAL Inflight Base, our trips were planned by Dispatch, and we checked in at the Maintenance Hangar.  After checking in, we’d hop into a van, and the First Officer would drive us to our aircraft.  The Crew getting off work would walk down the airstairs and take our places in the van while we took their places onboard.

In the early days, we typically had a long ground time in HRL.  And not being the kind of folks to waste time, the other Hostesses and I would pop open the emergency exit and sunbathe on the wing until it was time to board the next flight.  I’m sure it was quite the sight, but I’m sure it just added to our quirky, maverick persona. I mean, we were renowned for our sassy attitudes and wacky promotions.  (Of course, no one would even think about doing that today!)

It’s amazing how quickly 37 years has flown by. In the early days there were often times when we wondered if we would even get paid or have jobs the next month.  I remember (then) President Lamar Muse telling me, “Just stick with me, and I’ll make sure you’re all millionaires and driving Cadillacs.”  Thanks for the advice Lamar…I’m certainly glad I stuck with Southwest all these years.

Ben_Johnson
Not applicable
Great post, I bet you've seen some real changes since 1974, not just in your job but in everything, passenger attitude, job duties etc... Ive just written an article about the changes in aviation over the years at http://www.seaorair.com/?p=746 - would love some input . Be great to see stewardesses sunbathing on the wings while waiting for a flight ;) Thanks.
15 Loves

jeanne__schmitt
Not applicable
Vicki...I feel I know you hearing stories from Mary Goins....I was in the first class that graduated June 16,1971 and I count 37 in our class....I only flew 1.5 years but have loved SWA always and am very proud of the airline it has become...thanks for keeping the spirit alive!!
19 Loves

Very Unhappy at Level of Non-Service - where's the LUV?

Is there anyway to gain points for A-List other than purchasing higher fares?