miskandar
Not applicable
After the April Meeting of Southwest’s Companywide Culture Committee, I was buzzing with energy from a blitz of laughter, inspiring talks, creative team-building, and delicious breakfast burritos. Though it wasn’t until we all said our goodbyes to one another that the real magic of Southwest was about to kick in. 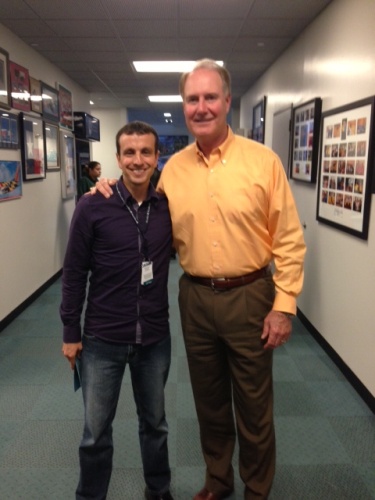 On the way out, I mentioned to Committee Member Leslie Shults that I would be taking a cab to DFW to catch a flight home. She wasn’t having it. Before I could yell, “Taxi!”, she insisted she would drive me to DFW herself. The work day was over, but Leslie reminded me that at Southwest Airlines, there are no closing hours on kindness.... whether you’re in an office, on an airplane, or hailing a cab.
This is usually where the story ends. But in this case, the effect of Leslie’s kindness was just getting started.
Sitting next to me on my flight out of DFW was a Phd student named Rose who was on her way to an archaeology conference. As we landed, she asked me for recommendations on getting a cab from the airport to her hotel downtown. The tables had been turned and I jumped on the chance to offer this fellow passenger a ride into town.
She thanked me for the offer, but explained that her friends were also on the flight and she didn’t want to be a burden. I could have backed out, but this was my chance to live out the Company's Purpose of connecting people to what is most important in their lives, just as Leslie had done for me a few hours earlier. All I could say was, "No problem, bring them along!”
OK, maybe it was a little bit of a problem squeezing six bags, five people, and one dog into a cozy Honda. But just like boarding a full flight on a tight turn, we kept our sense of humor and made it all work without having to strap anyone onto the roof.
It all seemed like an exceptional turn of events, but in reality, that’s just how things go when you Live the Southwest Way: one city to the next, being treated with LUV, then passing that LUV onto others, who I can bet will be spreading the LUV even farther.
127 Loves