A Big 72: Ready to Rock Newark

This will be a BIG weekend at Southwest.  This Sunday we begin service to the third in our trifecta of March new Station openings--we add Newark Liberty International Airport, as the 72nd airport in our growing network!

We're bringing our new Southwest service at Newark service in two waves.  The first wave—starting Sunday—will start with six nonstop roundtrips each weekday to/from Chicago Midway, and two to/from St. Louis.  When you add in connecting and through service, this will tie Newark together with 54 Southwest cities! Wave two begins on June 5th, when we add three daily roundtrips to Baltimore/Washington; three to Denver; two to Houston; and two to Phoenix.  That'll give us a total of 18 flights to and from Liberty each weekday, with access between Newark and a whopping 67 other Southwest airports! 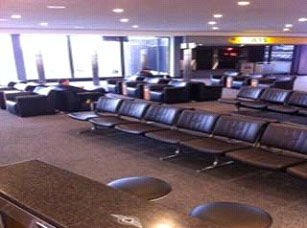 Why is this BIG for Southwest?  Many reasons.  Newark will be the third Southwest airport in the metropolitan New York City area (we began service to Long Island in 1999, and New York's LaGuardia Airport two years ago in 2009).   And the opportunity to add some LUV in the NYC—the largest air travel market in the Western Hemisphere, that generates more than 66 million passengers paying over $13 BILLION dollars in airfare each year—isn’t just BIG.  It's HUGE!

And why is this BIG for our new Customers flying to or from Newark/Liberty? Simple.  SOUTHWEST IS NOW ON THE SCENE!  Low fares.  No baggage or change fees.  And the best Employees giving the most outrageous Customer Service in the skies!  Flying between Newark and Austin or San Antonio?  Low-cost airline service available.  Newark to Reno/Tahoe?  Excellent connections, now wearing the Southwest brand.  St. Louis to Newark?  Welcome aboard our nonstop flight…would you like some FREE snacks or a FREE soft drink?  Plus, Newark/Liberty International Airport offers arguably the quickest train access into Manhattan, and the location directly adjacent to the New Jersey Turnpike/I-95 gives incredible access to all of the Garden State...and the Empire State...and, ultimately, the entire Tri-State Area. 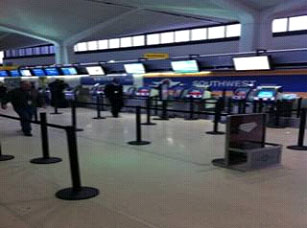 So this Sunday at Newark you'll find the Southwest Team partying BIG in Terminal A, gates 14 and 15, celebrating the opening with our Employees, our Customers, and anyone else that comes along.  Other Southwest Employees will be celebrating our Newark arrival by cleaning up the South 17th St. School in Newark (as usual, Southwest will become an active partner in the community).  And after the partying?  You’ll find that low fare, high-quality, SOUTHWEST service has arrived at Newark.  And the marketplace will change, BIG-time, as Southwest gives Liberty the FREEDOM TO FLY!