A Flashback Best of: Discovering Aerial Treasure at Treasure Island

snelson
Not applicable
Okay, I have to admit that, on the surface, my choice of this “Best of” Flashback Fridays doesn’t seem remotely related to the Independence Day weekend.

But if you factor in that San Francisco and the beautiful Bay Area are where I grew up, and that every fun-filled Fourth memory I made as a kid all involved fireworks over water, you might just make the same leap I did to this wonderful Brian Lusk treasure that bears a second look.  And, yes, those cool, gray skies over my old hometown pictured here do remind me of July, as anyone who has ever visited the City by the Bay without bringing a coat in the summer can confirm.  Admittedly a stretch, but even if there were no connection at all, this post would bear repeating.  So, without further ado, please enjoy these wonderful nuggets of aviation history originally brought to you in 2010.

Right up front, I will admit that there isn’t a direct Southwest Airlines reference in this edition of Flashback Fridays, but I am going to take a look at what I consider hallowed ground to anyone in the airline industry or to airline passengers.  It’s a site that, as a naval base, has been removed from general public access since the entry of the U.S. into World War II, although it is in plain view of the residents of San Francisco. 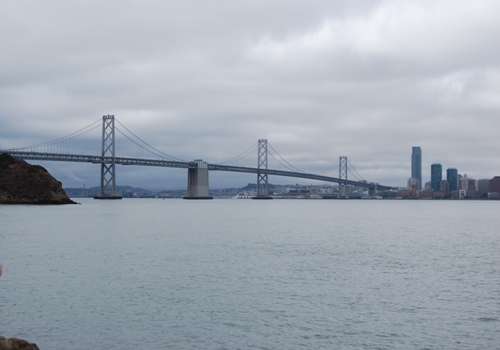 Treasure Island is a man-made island in the middle of San Francisco Bay and is accessed by the Bay Bridge. It sits next to the natural Yerba Buena Island.  Treasure Island was built for the 1939 and 1940 World’s Fair, The Golden Gate International Exposition, which along with the New York World’s Fair of  the same years, would be the last big collection of Art Deco buildings constructed.  With a couple of key exceptions, those magnificent buildings were destroyed after the fair.  (If you have ever visited Fair Park here in Dallas—also the site of a World’s Fair, the 1936 Texas Centennial, you have an idea of what Treasure Island looked like back then.) 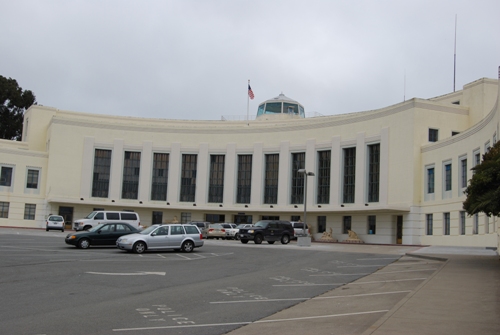 So why would I say this is hallowed ground for aviation?  Well, the photo above is one of the few buildings constructed for the Fair.  Yes, that’s a control tower on the top of it.  You are looking at what was the first permanent transpacific airport terminal.  Pan American World Airways flew the first transpacific mail flight with the China Clipper from nearby Alameda on November 22, 1935.  Sister ship Hawaii Clipper inaugurated passenger service between Alameda, Honolulu, Midway, Wake, Guam, and Manila on October 21, 1936.  The Alameda facility was razed for the construction of the Alameda Naval Air Station.  Pan Am moved to the Treasure Island facility in 1939, and by this time, the three Martin Clipper flying boats were joined by the Boeing 314, a much improved flying boat with greater range.  A large hangar (still standing) was built behind the terminal building, and the aircraft were moored in Clipper Cove, where passengers boarded for the overnight journey to Honolulu.  Today, pleasure craft fill Clipper Cove. 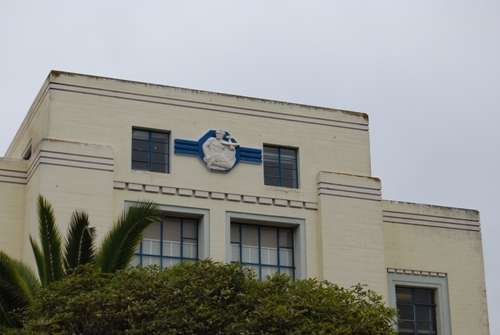 The intent was for Treasure Island to become San Francisco’s airport after the fair, and runways were to be built where fair buildings stood.  The attack on Pearl Harbor put an end to those plans and the Navy took over the island.  They eventually swapped land with the City of San Francisco, giving the city the land where the current SFO International is. Now the island provides affordable housing to residents of San Francisco.  Thankfully, the terminal still stands, pretty much in original condition.  Take a look at the original artwork above which is on the ends of the terminal. 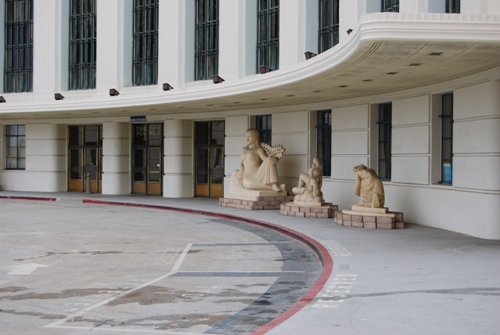 I know this sounds so “geeky,” but as I walked up to the entrance, I found myself transported back to 1939.  The statues in the photos were from the fair, and had been located around the island.  As far as I could tell, these are the same doors that Pan American’s passengers walked through to check in for their flights.  Ever since I started reading about Pan Am’s history and especially that of the flying boat era (along with the history or the 1939-40 Fair), I have wanted to visit the island.  About 30 years ago, a friend flew me over the island in a small aircraft, but it just wasn’t the same as being there. 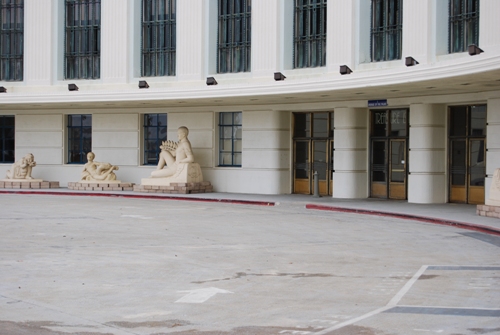 The building is now the home for the Treasure Island Development Authority and contains leasing offices.  However, except for one small desk and some displays about the island, the main lobby is empty.  The large windows above the doorways light the lobby area, much like the train stations it emulates.  Inside, the lobby smells like other buildings of this era, and it very much is a time machine.  At one point under Navy control, the Treasure Island Museum had a display area here, and they are trying to reopen a museum.  Pan Am passengers would head to their aircraft by a similar set of doors behind the building which led to Clipper Cove. 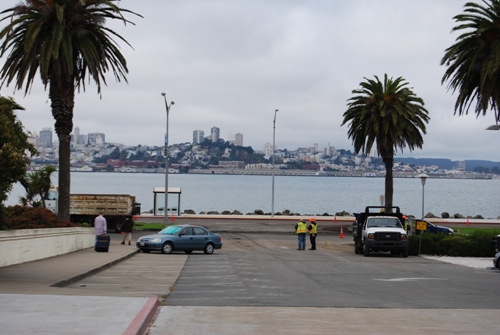 The views of San Francisco from Treasure Island are spectacular.  This is the view from the terminal’s main entrance, and I think it is fitting that, out of the entire panorama of “The City” which is visible from the Island, the terminal entrance offers a view of North Beach which most closely resembles the 1939 view from the island.

Pan American literally built its routes out of the air with ingenuity, vision, and courage.  They flew where no man had flown before.  This building, this hallowed ground, is a testament to the folks who first spanned the world, and then wrote the book for air travel.  We owe them much.