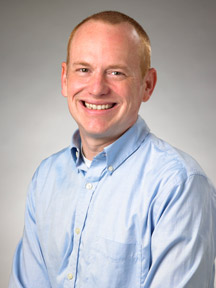 “Tis the season to be jolly!  And what could be jollier than your favorite holiday characters reenacting the infamous Bags Fly Free® Commercial, complete with exposed bellies?  The Southwest Airlines Creative Services Team (Sonia Avila, Eric Daniels, Quyen Dong, Trent Duran, and John Jones) had a jolly good time creating this animated holiday greeting for our Customers to remind them that we give the gift of two free checked bags all year round.

The Team began the process by brainstorming ideas, and the concept developed pretty quickly.  We are all big fans of the commercial that featured Southwest Employees “exposing” the fact that Bags Fly Free® on Southwest Airlines by lifting up their shirts to reveal the motto emblazoned across their midriffs.  The Employees perfectly embody the Southwest Way--having a Servant’s Heart, a Warrior Spirit, and a FUN-luving attitude—and we were looking to convey that in an animated greeting that would also include a holiday theme and message. 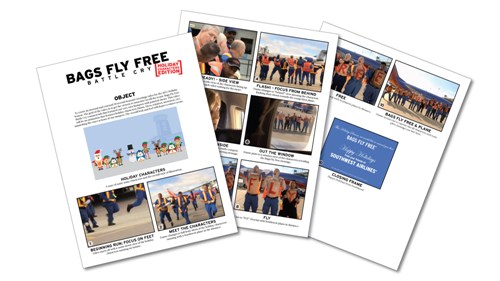 In order to match the commercial, first order of business was to layout a storyboard and pinpoint the most iconic scenes and moments.  Once the storyboard was agreed upon, Eric and Quyen began illustrating the holiday characters.  Each illustration included a front, rear, and side view so that we could recreate each shot in the commercial.  We wanted to include a depiction of each of the holidays that are celebrated during this magical time of the year. 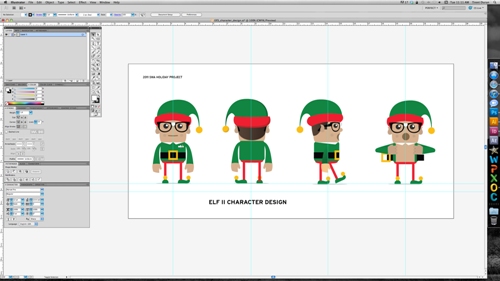 Once the character illustrations were complete, Trent and John helmed the animation based on the action in the commercial: the various characters running to get in position for the big reveal, the Scrooge passenger on a competitor’s airline staring in disbelief at the FUN-luving, and finally zooming in on the proudly displayed messages on the tummies of our holiday friends.

Animation on a Timeline

The Creative Services Team knows the value that the Bags Fly Free® initiative brings to our Customers year-round, and we think the message works well as part of our holiday greeting.

Combined with our low fares and excellent Customer Service, Bags Fly Free® is sure to make your holiday season brighter, while keeping a little extra cash in your stocking!

Happy Holidays from all of us at Southwest Airlines!

r_j__hinkle
Not applicable
Y'all Rock!
6 Loves