A Heartfelt Salute for Our Troops

While recovering at the Fort Carson Warrior Transition Battalion (WTB), Frankie Gomez, who recently retired as a Sergeant Major as a career National Guardsman, was searching for organizations that support veterans where he could spend his time volunteering.  He was referred to the Armed Forces Foundation (AFF),began volunteering in small roles, and quickly became a leader.  His understanding of what it means to be at a WTB and how to get healthy both physically and mentally, while also being able to relate to the troops on a peer-to-peer level, has been a true asset for AFF.   For that reason, he was chosen to be a group leader and mentor to the wounded warriors attending the 2014 Salute Our Troops trip to Las Vegas. Frankie has graciously written this blog, recounting his experiences during the December 3-6 trip , for which Southwest Airlines donated travel to 45 veterans and their guests. Southwest Airlines has been a proud national sponsor of Armed Forces Foundation for four years. When I was asked by Armed Forces Foundation to assist as a group leader for wounded warriors during the 2014 Salute Our Troops event, I didn’t know what to expect, but was honored to be asked to fill this role. I knew this trip was going to be special after my first encounter with the Southwest Airlines staff at the San Antonio airport.  They were highly professional, well organized, and welcomed us with open arms and smiles, which continued for the duration of our flight.  The arrival at the Las Vegas airport was beyond what I could have ever imagined, with VIP treatment and a welcoming committee of Customers waving flags, an honor guard, and even bagpipe players.  I had never felt so special! 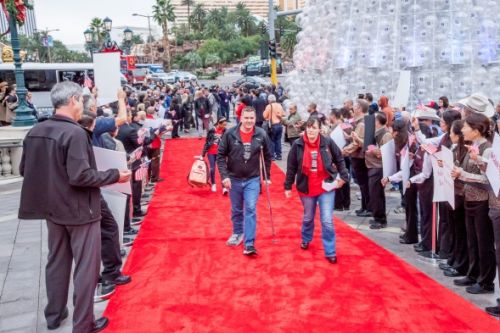 Arriving at The Venetian was like a dream.  To see the look on all of the warriors’ faces was priceless. As they walked down that long red carpet into the Venetian, they slipped into celebrity mode as they smiled for pictures and waved to the hundreds of Venetian employees who had come to greet us. During that moment, it was clear that they felt like someone again, someone who truly mattered. 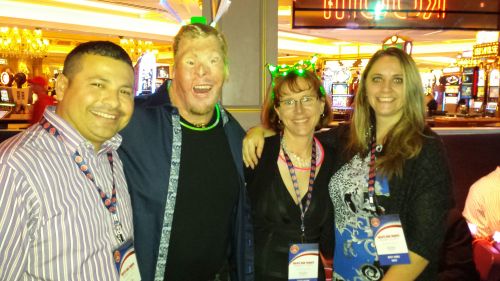 On a personal level, I never expected to find true closure on the nightmare I had been living with.  During the trip, I met up with a young soldier who had the same type of Leukemia I do.  For once, I had someone I could walk that dark road with, and feel a sense of relief that someone understands the horror I live with.  Since then, we have been chatting daily and helping each other with side effects and other issues.  I have also felt guilty being diagnosed with severe PTSD without ever serving in combat.  Attending the trip helped me realize that I didn’t ask for what I suffer from, and that PTSD comes in all different forms. I feel like a huge burden was lifted off of me. While the trip was fun and relaxing, overall, it has brought light to not only me, but for many brothers and sisters who I can now call friends and will continue to keep in touch with. Above all else, that is what I am truly grateful for! 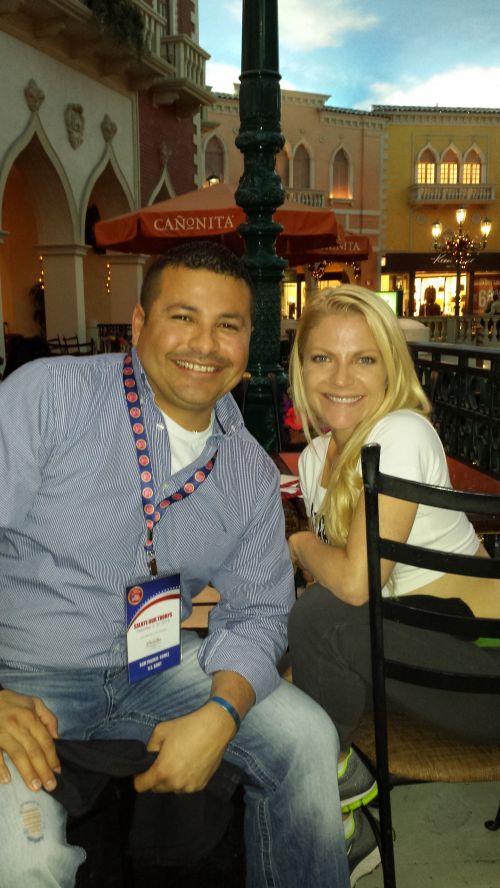 Fly once and get 7 weeks of Companion Pass promo