A Walk on the Customer Service Side 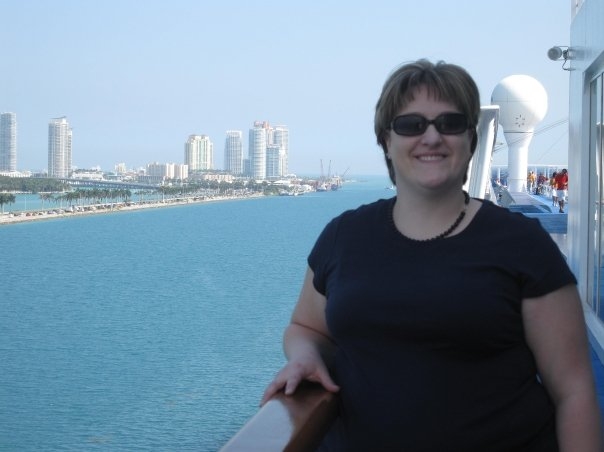 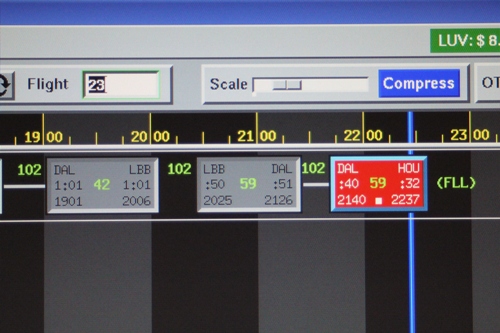 I decided to change my perspective of the operation and spend a morning with Customer Service at the airport.  I did my Day in the Field on a Thursday, and I was instantly surprised to see how crowded the airport was.

My first assignment was to shadow an Agent at the ticket counter outside of security. 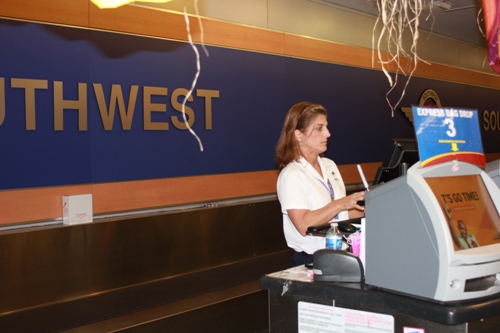 Countless waves of Customers cued in line to check their luggage.  I discovered very quickly that even with the user-friendly kiosk waiting to be used, many of our Customers preferred to speak to the Agent.  Once their bags were tagged, they were set on the conveyer belt and disappeared behind the black flap.

I was intrigued by their computer system and all the different symbols that appeared when a Passenger’s information was pulled up.  Instead of long-winded notes about the Customer’s special needs, a simple symbol of an ear meant the passenger was hearing impaired.  A picture of an eye meant that they were blind, a peanut meant they had a nut allergy, and a heart meant they were a Frequent Flyer.

When I made the surprised and pleased comment about how many Passengers were flying out that early Thursday morning, my seasoned Customer Service Agent grinned and said, “This is nothing. You should see what it’s like on a Friday morning.”

The most common occurrence I witnessed was overweight bags.  I believe about a third of the Customers had bags that were over fifty pounds.  Instead of demanding they pay a fee immediately, my Agent patiently waited as they unpacked one bag and moved items to another.  I found it very entertaining to see what they had packed.  My favorite item was the two gallon jar of pickles. 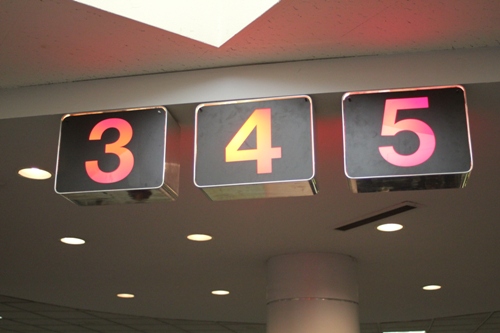 Two hours quickly went by and I was escorted upstairs.  I was taken to the "hot-spot" desk at gates 3, 4, and 5.  It was explained to me that that Customer Service desk was the busiest because it operated three gates instead of one, and it was right next to the flight monitor.  We had a constant stream of Passengers ask for information on all flights.  The most common question was about the delayed flight to San Antonio.  After reading the sign that clearly said DELAYED, they would ask, “Is the flight to San Antonio delayed?”  Really? 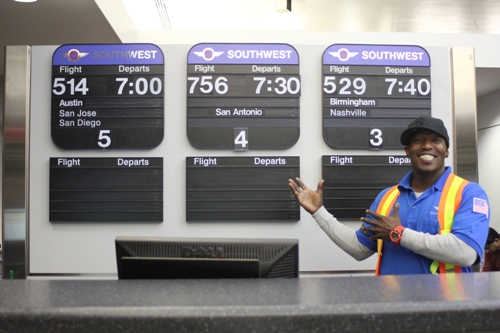 But each question was answered with a smile and helpful information.  I was beginning to believe that the Customers knew the answer they were asking, they just wanted to talk to the Customer Service Agent.  Their smiles are contagious, and I think our Customers just want a piece of it.  Several of the travelers that I saw down stairs checking bags took out flights from the gate I was at.  I really liked how I was seeing the process in motion.  As they boarded their flight, another group of people took the empty seats and waited.

In between flights I watched as the Agents prepared for the next flight.  They printed out preboarding passes for those who needed assistance, verified Passenger lists, and printed off Flight Attendant tickets.  As they pulled up the deadheading Flight Attendant list, I was able to see the notes Crew Scheduling left.  Since I leave a lot of flight notes, I enjoyed seeing the notes as Customer Service saw them.

During the brief periods when there wasn’t a Customer to assist, I asked the Agents about their work.  I learned that most of them have a preference for the station they work at.  There are some who like working downstairs at baggage check and others like working the gates.  The nice thing about their schedule is that there are enough of them to trade with, so they are often able to work at the podium of their preference.

The best part of my experience was seeing everything in motion as it was happening.  I enjoyed seeing planes as planes instead of moving rectangles, and it was great putting a face with the voice that I have spoken with countless times.  I was able to see the airport at a moderately busy time and now understand the operation a little differently and a little better.

The picture has now gotten a little bigger.