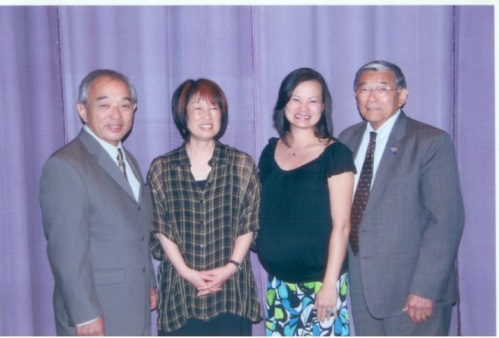 Seven years ago, I wrote a blog that touched on the last event I attended before becoming a mother. Even though I felt as big as a house, I was determined not to miss listening to former Transportation Secretary Norman Y. Mineta. (When you meet the two-time Cabinet Secretary, Congressman, and former San Jose Mayor, he will graciously insist you call him “Norm.”) I was proud that Southwest had sponsored the 25th anniversary of President Ronald Reagan’s signing of the Civil Liberties Act of 1988, the legislation that officially apologized for forcibly relocating and interning 120,000 innocent Japanese Americans during World War II. As a resident of San Jose’s Japantown, the same neighborhood from which Norm and his family were hauled away in 1942, it was important for me to hear first-hand accounts of many neighbors and to better understand a very dark and tragic part of American history. 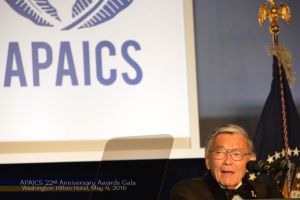 Listening to Norm recount his personal experiences solidified why I deeply admire this humble American hero. From overcoming internment at Heart Mountain, WY as a child; to sponsoring and cosponsoring 479 bills that passed into law in his 21 years as a member of Congress; to safekeeping our country’s transportation system during 9/11; to other unparalleled achievements, Norm has broken glass ceilings for the Asian American & Pacific Islander (AAPI) community. He epitomizes what it means to forgive and rise above, to lead with integrity, and to always serve the greater good. In my role as a Community Affairs & Grassroots Regional Leader, I’ve had the honor to work with dedicated AAPI organizations and leaders throughout the country. Over the years, I’ve learned that many of those organizations and their programs, even Asian Pacific American Heritage Month, were founded by Norm. One such organization is the Asian Pacific American Institute for Congressional Studies (APAICS), which helps build the political pipeline for AAPI leaders and is dedicated to promoting AAPI participation in all levels of the political process. At a recent APAICS reception in Washington, D.C., Southwest Airlines Diversity & Inclusion Senior Manager Liji Thomas and I had the pleasure of sitting next to Norm. I could have listened all night to his many stories about our Company’s Co-founder Herb Kelleher! He and Herb have been friends since they worked closely on the Airline Deregulation Act of 1978. I’d love to be a fly on the wall listening to two great storytellers reminisce about the good ol’ days. The grandpa of 10 affectionately shared a “sweet” story of the time Herb visited him at Walter Reed Hospital and brought a big Snoopy jar filled with jelly beans. My heart smiled. 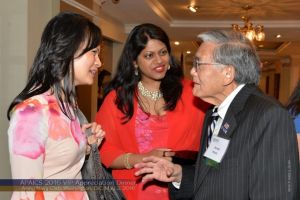 I left that evening thinking about these two extraordinary icons who not only had a hand in changing the course of aviation history but have positively impacted lives worldwide for more than 40 years, and will for generations to come. I just celebrated my 20th anniversary with Southwest, and I ponder as I write this blog: How did a Vietnam refugee come to fulfill her American dream to work for the best airline and to know and learn from true Legends and Leaders?
2 Loves