An Artist on the Day of Ascension

When you walk New York's streets near 10th and 5th, the Church of Ascension doesn't immediately stick out.  In a concrete jungle abound with towering buildings, an unassuming church is easily overlooked.
A few steps inside, however, I quickly realized what our friends at The Artists Den had found: a figurative "diamond in the urban rough."  They have a knack for this sort of thing.  In Stephen Keller's video, Live From The Artists Den Executive Producer Mark Lieberman says he was "immediately just taken by the grandeur of the room."  Indeed, the capstone of this magnificent church is not easily missed. The Ascension of Jesus is depicted in a beautiful, hulking mural, book-ended by mammoth organ pipes that serve as the foundation for Sunday's hymns. 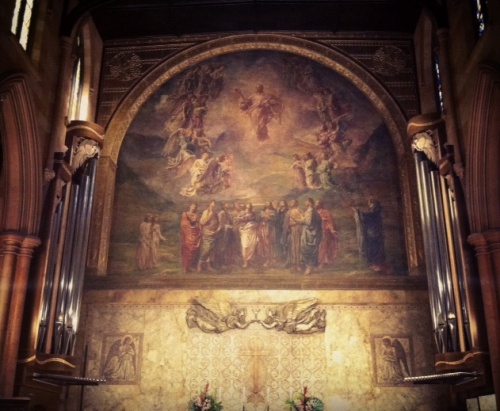 Standing in the empty church before set-up, a peace overcame me.  And that's the magic of these venues; they all hold within them an irreverance that distinguishes each from the next, and yet links them all together under the Artists Den umbrella.  I'm honored to work for a Company like Southwest that supports something so unique, and something I also care deeply about.
This venue, like others, is alive with personality. The two-story Episcopal church breathes with tradition, from the old-fashioned pews to the contemporary pamphlets. 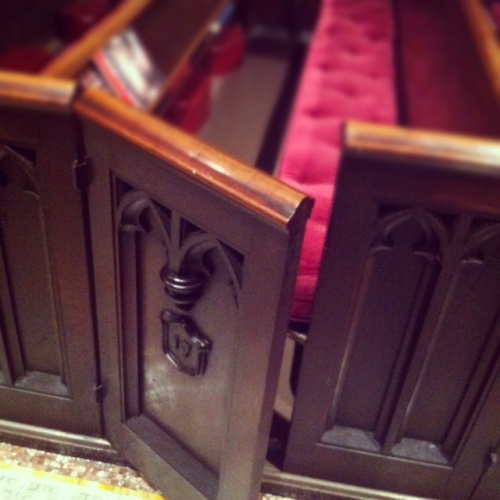 Even as lights were hung, sound was tested, and a set built, the church had a welcoming affect.  It's easy to become lost in such a beautiful place, senses overwhelmed to a point where you're able to focus through obstruction.  I imagine it is intricacies such as these that make building sets for The Artists Den more entertaining than run-of-the-mill venues. 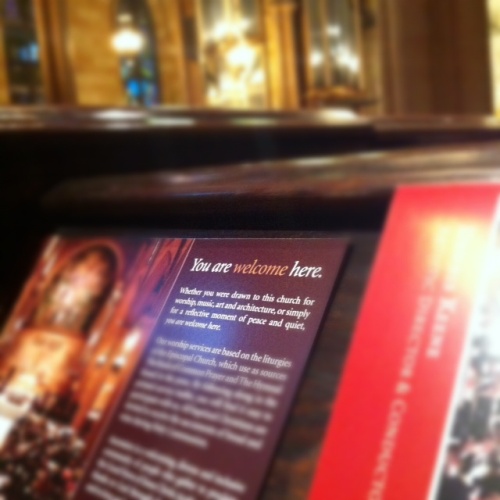 And really, the physical building of a show from start to finish in one day is symbolic of months of hard work. The anxiety; the pitfalls; the jubilation when it all finally comes together.
And when the music starts, it socks you in the stomach like an answered prayer.
328 Loves