The approval for these routes from the Department of Transportation is the first under a new international agreement between the US and Mexico to allow for more service between the countries, and how cool is it America’s fastest growing airline in the international space should be the first to utilize a liberalized US-Mexico air agreement.  It also raises our Mexico departure count to 25 on peak days—not bad for a relative-newbie in the Mexican air service marketplace!

We’re very excited for the opportunity to connect Los Angeles and Mexico with some Southwest sonrisas along the way.  And whether you want to see Los Arcos, Banderas Bay, or sugar-white Yucatan beaches, Southwest is your ride, California!  Happy Travels to all!

Our initial schedules between Los Angeles (LAX) and Mexico are: 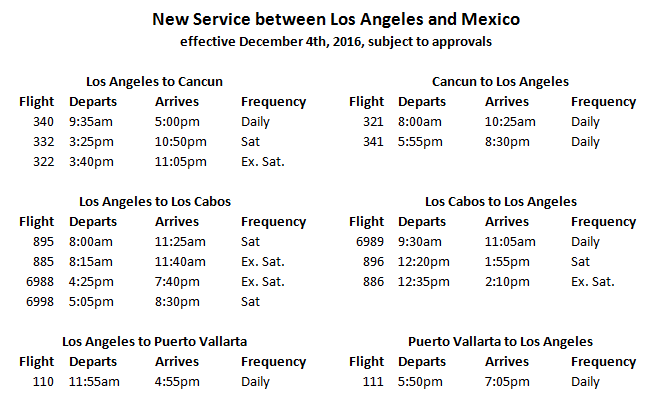 Note that schedules will vary, refer to Southwest.com for the most up-to-date information.

Southwest international service arrives at LAX at Terminal 2 for Customs/Immigration clearance, so connecting itinerary times via LAX have been adjusted accordingly.