Back by Popular Demand: Destination Bracket 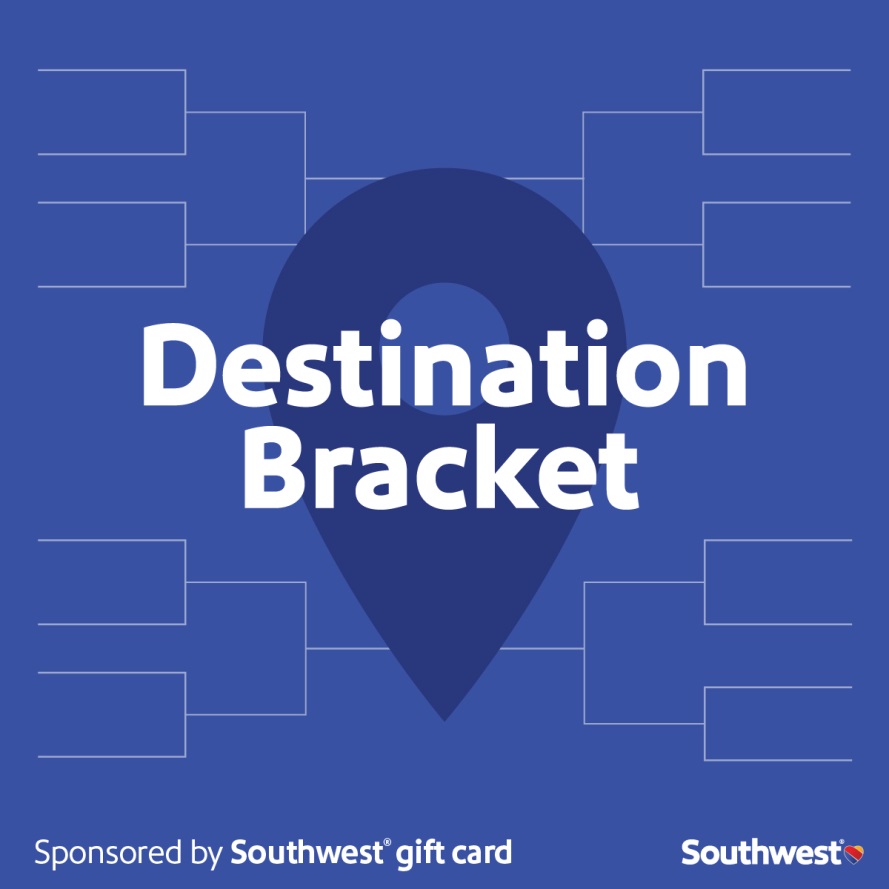 Dry your tears or grab your foam fingers because the selection committee is proud to officially announce the 16 destinations that will compete in this year’s Destination Bracket, sponsored by Southwest gift card. More so than ever, the competition to even be selected was fierce and not without controversy. In a year that holds no destination destined to cut down the nets, it's anyone's bracket. The Destination Bracket pits four categories against one another, and crowns one champion. THE DESTINATION BRACKET HAS BEGUN AT FACEBOOK.COM/SOUTHWEST! The destination categories: • Play • Relax • Eat • Explore The destinations: 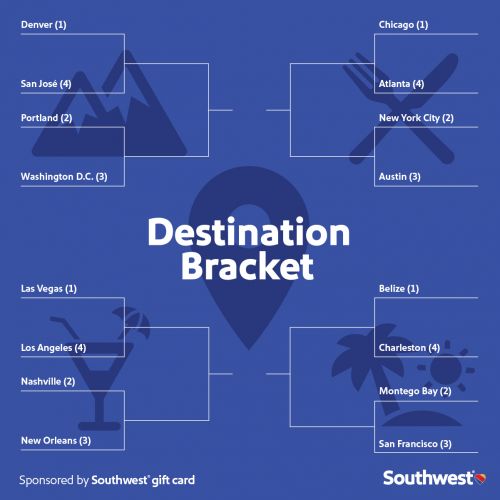