Behind the Scenes of "On The Fly" - Week Two 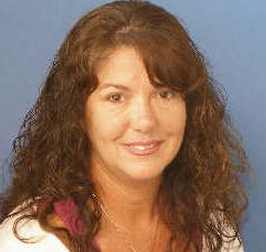 I know what it's like to not be able to get to something as important as a funeral. In last night's On The Fly episode where I was featured, Sandy was so heartbroken; I had done everything I could at that time.  The weather in control, Sandy had decided to go back home. It wasn't until two hours later that I came across a seat that had opened up on a Buffalo flight.  It surprised even me. I quickly grabbed the seat, switched the ticket, then went looking for Sandy. I actually called her over the PA system to meet her, so I could tell her the good news.

But I knew what she was feeling, and truth be told, it gave me a rush of nostalgia.

It was August 10, 2006 when I put my application in to become a full member of the Southwest Family.  Ten days after, I buried my best friend.  Her name was also Sandy, she was 55 years old, and lived next door for ten years right up until she passed away from cancer.  The cancer had confined my dear friend to a bed, and I was also her caregiver the last three years of her life.

I found myself alone after she was gone, and I didn't want to remain in the real estate profession (my former life, as it were).

Everything changed for me on April 27, 2007; the day Southwest saved me.  My first day of work, and first introduction to my new Family.  I had People around me all the time, and I got to care for them in my own way.  Now I don't always get to do what I want, but when it's clear I'm going to make a difference for the greater good, I know I have support--no questions asked.

Southwest came to my aid again when my Father died on October 1, 2007, by helping fly my Father's body from California to Omaha.  Less than three months later, I was back in Omaha for my Uncle's funeral, after he died of brain cancer.  It was then my Southwest Family in Baltimore covered me while I was away.  Getting to be in the present while you know you're taken care of on the job front is a very comforting thing.

But I definitely related to Sandy.  I knew how much it meant for her to be home.  I was happy to turn her tears of uncertainty into tears of joy, to be exactly where she needed to be.

Jean_Jasinski
New Arrival
I am an elite member and fly southwest for business frequently. Last week's episode did not paint the airline favorably. One rep deliberately put a passenger, who had been removed from a flight for not getting off the phone, on standby to make him sweat. She could have guaranteed his seat but didn't. Another delayed flight caused passengers to be stranded overnight. The airline claimed the delay was due to air traffic and the airline was not obligated to provide vouchers. However, sw was offering hotel vouchers but not food. At first, I sided with the airline until several passengers said there was a bird in the engine followed by a broken air conditioner. Now I feel like I should check the Internet for weather conditions if any airline, including southwest, claims weather delays.
17 Loves