Best of Flashback Fridays: A Historical Look at Southwest and Baseball

In honor of the opening of baseball season this week, I’ve chosen Brian’s nod to Southwest’s connection with “America’s pastime” as this edition of the Best of Flashback Fridays.

Granted, Brian’s post was written at the very end of that year’s season, just as the 2011 World Series was about to start, but there’s just something about an opening day game, the unmistakable sound a solidly hit ball off a wooden bat makes, and the smell of hot dogs that makes spring so special for baseball fans nationwide.  So, as this year’s new season starts, let’s round the bases one more time with this October 21, 2011 Flashback Friday post.

In the pivotal scene of my favorite baseball movie, James Earl Jones as Terence Mann tries to persuade Ray Kinsella to keep the baseball field he created in his corn field, and he tells him that the one constant throughout the years is baseball.  Baseball has been a constant in my life.  My first baseball game in July 1963 at Dodger Stadium featured three future Hall of Famers, Sandy Koufax, Bob Gibson, and Stan Musial.  And, almost from day one, baseball has been a constant through the years at Southwest Airlines.  With the World Series starting this week, I thought we would look at baseball and Southwest.

One of the teams in the World Series is our Texas Rangers.  Most people around here like to date the team's beginning to 1972, but they actually began in 1961 as the Washington Senators—an expansion team that replaced the original Senators who had left for Minnesota as the Twins.  Los Angelinos and San Franciscans are proud to keep their teams’ history from Brooklyn and New York’s Polo Grounds, but I think folks here hide the Senators’ relationship to the team in an attempt to lop off 11 years of mediocrity from the record.  But the Rangers aren’t mediocre anymore! 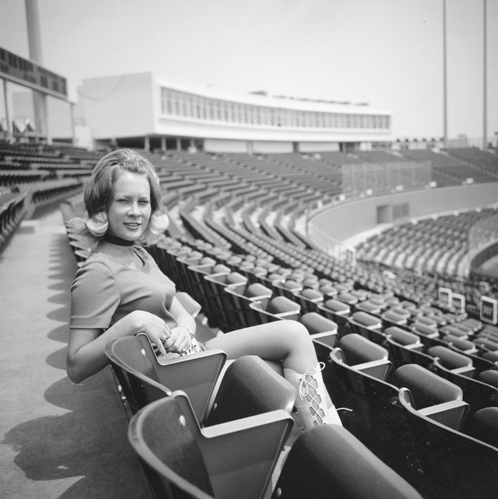 It was a much different story in 1972 when they began play in the old Arlington Stadium.  The facility had begun life as Turnpike Stadium, a minor league park designed so it could be expanded quickly should North Texas finally land a major league team.  The photo above was from a “Hostess of the Month” feature that ran in our original inflight reading offering, Southwest Airlines Magazine.  Each month, the magazine featured photos of one of our Flight Attendants taken at a Texas landmark like the Alamo, San Jacinto battle field, or the State Fair. This photo was taken in May 1972, shortly after the Rangers first game in Arlington a month earlier.  Our Flight Attendant, Judy Sauder, is wearing our original Hostess uniform, and the photo shows the original configuration of the stadium.  Additional seats down the right field line that were installed for the Rangers are visible.  In addition, the outfield was enclosed with steel bleachers.  The facility didn't look like a major league park until the upper deck and enlarged press box were installed in 1978.  Judy's photo ran in the July 1972 edition. 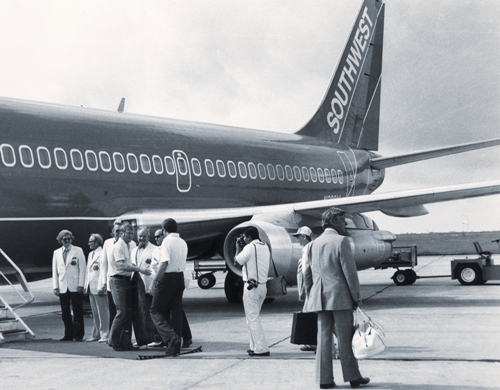 We weren’t totally Ranger-centric back then, as we had another Hostess of the Month shoot outside the Astrodome in Houston.  And as Southwest expanded across the country, we carried our love of baseball on our wings.  Today, you will see Southwest signage at ballparks all across the country.  Back in our early days, we didn’t serve New York, but in our files, I found photos of one of the greatest players ever to wear the pinstripes, Mickey Mantle.  Mickey had flown from his home in Dallas to Corpus Christi, where the minor league Sea Gulls were throwing a Mickey Mantle Day. 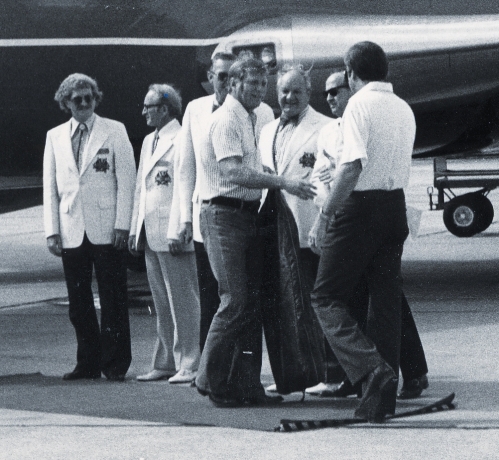 The men in the white jackets are the Corpus Christi Red Carpet Committee, and the man shaking hands with Mickey is Terry Ferrell, the owner of the local team. 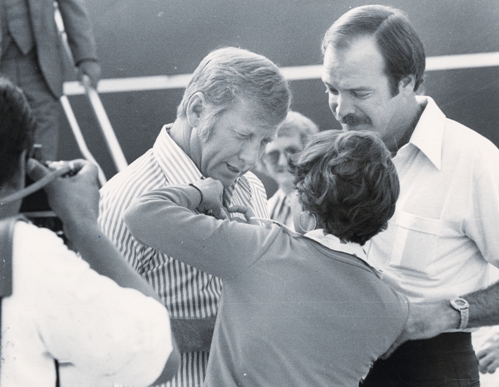 For a memento of his Southwest flight, our Ticket Agent, Pam Parker, pins a Southwest button onto Mickey.  As to the date of the photos, they are either 1976 or 1977 because the Sea Gulls played their first game on June 3, 1976, and they folded in August of the next year. 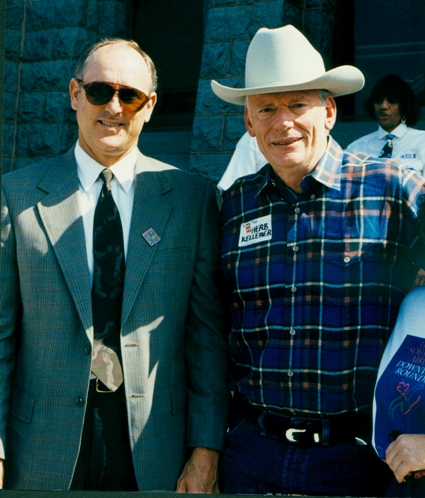 Speaking of baseball legends, Nolan Ryan is like royalty in this part of the world, especially with what he has done as Texas Rangers President.  During his Hall of Fame playing days, he was known as “Big Tex.”  Here we see him with Herb (whose nametag reads “Little Tex”) at a Southwest event called “The Southwest Airlines Downtown Roundup.”  When Nolan transferred to the Rangers in 1989, he signed with Southwest to be our official “Cargo Spokesperson.”  Since then, he has had a long official and unofficial relationship with Southwest that included having an aircraft named after him.  Since our Employees in the background are wearing the nautical motif uniforms, the photo was probably taken in 1990 or 1991, during his playing career.

Going back to Terence Mann’s Field of Dreams soliloquy, he tells Ray that “This field, this game is part of our past, Ray.  It reminds us of all that once was good and it could be again.”  Whether you’re a Cardinals fan or a Rangers fan, Southwest is your hometown airline, and I imagine that our flights this week between St. Louis and Dallas have been filled with baseball fans.

Jeff_Blum
Not applicable
Brian: I can remember you calling an SMU baseball game at Armstrong Field for campus radio station KSMU. Thought you had a real future in the broadcast booth...but nice to see you're with my favorite domestic airline. Your position at Southwest fits your encyclopedic knowledge and keen sense of humor. Jeff Blum
23 Loves

Josh17
Not applicable
Glad I found this site, I actually have a Sea Gulls ball signed my Mickey Mantle and now know the story that goes along with it!
31 Loves 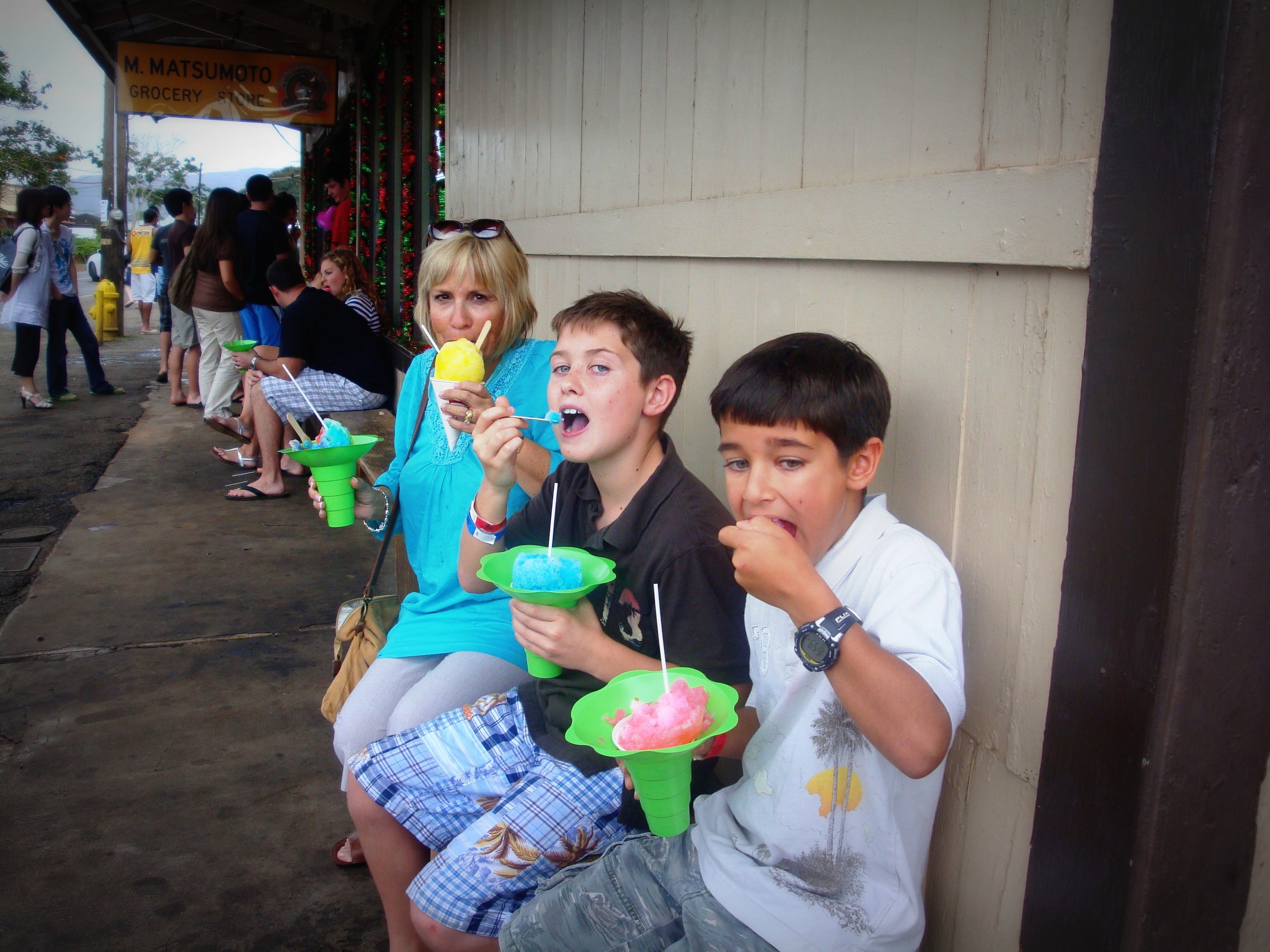 pam_felt
Not applicable
Southwest Airlines was the best job I have ever had! (I now work for Delta) I know the story as well as I got to know Micky rather well along with a couple of his friends. I think it was '77, not sure. Hubby made me sell the magazine where he wrote a personal letter to me on it. i want to find it the magazine! If anyone knows how, let me know. Pam Felt - See more at: http://www.blogsouthwest.com/users/pam_felt/#sthash.cNkUduVX.dpuf
1 Love