Best of Flashback Fridays: Origins of the Boeing 737, Part Four

This is the last installment in our “Best of” Brian’s four-part series on the origins of the 737, which originally ran on March 16, 2012.  From our first -200 to this week’s nod to the NG family of Boeing aircraft, including our newest -800s, it has been an exciting and educational ride.

I like to think that when we take our first MAX 8 delivery in 2017, Brian’s spirit will be there ramp side watching over the photographer who is capturing that historic moment. 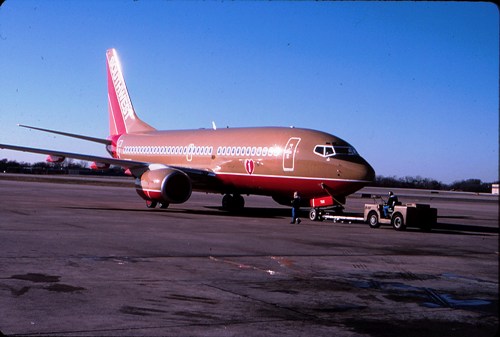 The first example of the NG family entered service on that date when N700GS, a 737-700, operated Southwest Flight #11 from Dallas Love Field to Harlingen via a stop at Houston Hobby.  In hindsight of the success of the NG family, it's kind of strange that I was the only photographer ramp side that morning to capture the departure of the first flight.  The event culminated four years of planning and close cooperation between Southwest and Boeing.  The -700 has a redesigned wing, with 25 percent more area (not counting the winglets, which came later) and a longer wing span, with a fuel capacity greater than the -300.  The -700 flies higher (up to 41,000 feet), faster (Mach 0.82 vs. the -300’s Mach 0.79), and farther (3,200 miles—slightly more with winglets vs. the -300’s 2,400 miles).  The -700’s engines, a later model of the -300’s CFM56, produce more thrust, use less fuel, are quieter, produce fewer emissions, and have reduced maintenance costs than the -300.  Southwest is the world’s largest operator of the 737-700 with 372 examples.  Other 737-700 operators include AirTran, United, Delta, Alaska, WestJet, SAS, KLM, China Southern, Aeromexico, and ANA.  Almost 1,080 737-700s were completed by the end of 2011, and it is still in production. 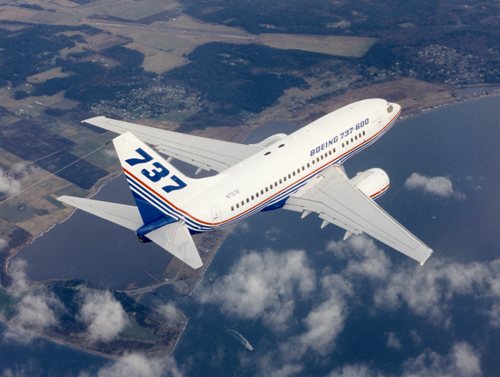 Similar in size to the 737-200 and 737-500, the 737-600 is the smallest NG variant, and also the slowest selling with 69 examples delivered.  The -600 entered airline service with SAS on October 25, 1998.  Other operators include WestJet, Tunisair, and the late Malev.  The photo above shows SAS’s first aircraft (LN-RRX) wearing Boeing house colors and the registration N7376, and the -600's shorter length is very apparent. 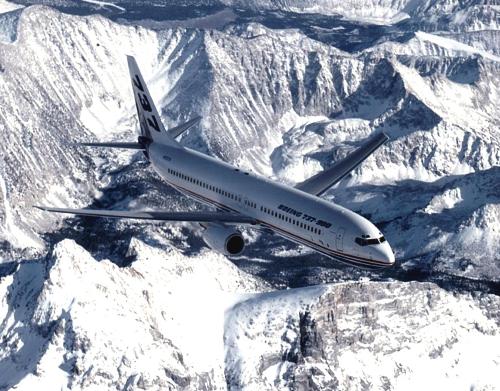 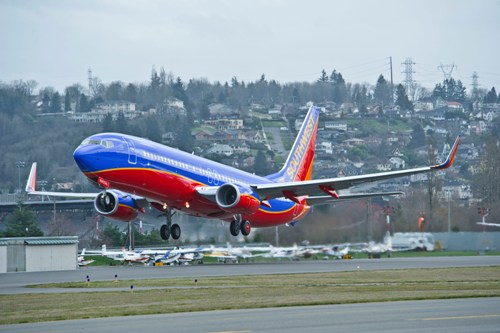 Starting last year, new 737-800s were delivered with the upgraded CFM-56-7BE engine which offers reduced fuel consumption.  In December 2010, Boeing began delivering the -800 with the Sky Interior that was originally developed for the 787.  This new interior features mood lighting, improved sidewalls, and larger overhead bins.  The German airline, Hapag-Lloyd, operated the first -800 in the spring of 1998, and the list of operators reads like a “Who’s Who” of airlines:  United, Delta, American, Alaska, KLM, SAS, Ryanair, WestJet, Malaysia, Qantas, and now you can add Southwest to that list.  Our initial 737-800, N8301J (above), first flew on February 23, 2012, and it and our second aircraft will enter regular service on April 11. 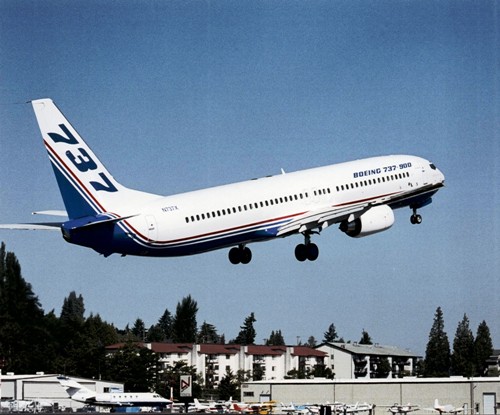 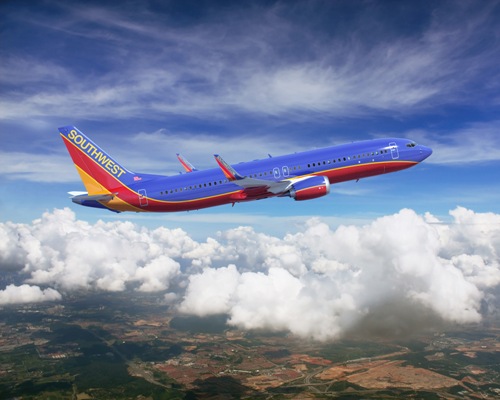 Counting all variants of the NG family, more than 3,800 examples were delivered by yearend 2011 (the 4,000th NG is currently under construction), and the 7,000th  737 (of all models) was delivered in December .  A mind-staggering total of more than 9,300 737s of all types have been delivered or are currently on order.  Those orders include Southwest’s recent order for the 737MAX.  Once again, Southwest will be a launch Customer for a new family of 737 aircraft, and the first will enter service in 2017.  The MAX will have updated engines and borrows some design features from the 787.  It will use substantially less fuel than the NG aircraft and will be more environmentally friendly.  The photo above is an artist's version of the 737MAX in Southwest livery.

The 737 holds the record for the longest production run of any airliner built.  On the one hand, today’s NG aircraft and the future 737MAX have very little in common with those first 737-100s and 737-200s, but on the other hand, they are very similar.  How could this be?  Except for the basic shape, today’s aircraft are much more advanced with  improved engine, electronics, and structural materials.  Yet, today’s aircraft share the same mission as those first 737s, to carry passengers comfortably, economically, and above all, safely to their destinations.

I was part of the second class of hostess.

2. can someone PLEASE post a picture of the plane painted with a hostess on the side. Flowing red hair, in uniform. I have looked evey where!

3. I truly wish you could still do the pranks we did so much freaking fun. EX: were t-**bleep**s for any possible holiday so we could were tennis shoes. Christmas costumes for one month. pass out half gallon Chevas Regal scotch as the guys boarded @ 7:30 in the morning...etc

4. Singing any song we could think of ... I remember The Four Tops singing in mid cabin with us. and the PAs were simply hysterical.

5. We were so safe sometimes we would fly with the **bleep** pit door open to keep the guys cool. (WOW you sure couldn't do that one today)

6..my whole family has flown on South West with out me and bragged about me....

sorry for the flight attendant  stuck listening....but, it was such fun...not a job...a joy!

mewinslett
New Arrival
hay the last commit about trying to find a picture of the plane with the girl painted on it was my post. it it has to be edited PLEASE include my old full name: MAGGIE SIMS (WINSLETT) LATER. I WAS THE FIRST GIRL TO TAKE MATURNITY LEAVE. Yes, I was married.
2 Loves

mewinslett
New Arrival
Dear Brian baby, The main reason I have been forging through the plethora of pages on Southwest many sites is to try and locate one of my favorite 737 memories: The big beauty. The first Southwest Vice President & P.R. guru Jess Coker dream that became reality .Yes, The flying redheaded hostess painted 737. With the same regret as a truffleless pig in the French forest, I have rooted up nothing. From the looks of this thread it’s obvious you must be the ‘737keeper of all knowledge’ so perhaps you can hook a ‘vintage Southwest hostess’ up….. It is beyond me why such a priceless photo has completely fallen out of view. Poof, gone.
1 Love

I have found the old picture BUT I can not seem to post pictures.