Not that long ago in Breezy Point, NY, families gathered around the dinner table to talk about their day or took a moment to breathe in the fresh air and walk along the Atlantic Coast.  Today, as you walk through remnants of what someone once called their home, all that’s recognizable is a radio flyer wagon missing two wheels and a red fire truck sitting on cement that once made up the front steps of a home.  Something else catches your eye.  A house that was completely demolished by the Superstorm and later fires, except for one thing left standing.  The American flag—caught on metal wires.  Someone wrote bigger, better, stronger, which is exactly the visual and statement this community is latching onto with all of their strength right now. 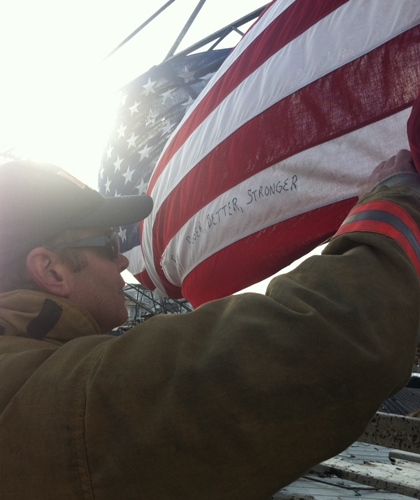 The people who come to our aid every day now need our help after Hurricane Sandy.  The New Orleans Fire Department (NOFD) needed saving seven years ago after Hurricane Katrina devastated their community.  The New York Fire Department (FDNY) sent their bravest to help rebuild The Big Easy.  The strong bond that unites NOFD and FDNY began after 9/11 when New Orleans Firemen traveled to New York to show their support by attending funerals of fallen firefighters.  FDNY paid it forward after Hurricane Katrina, and now NOFD repays the favor.  Southwest helped send three waves of New Orleans bravest to the areas hit hardest by Hurricane Sandy. 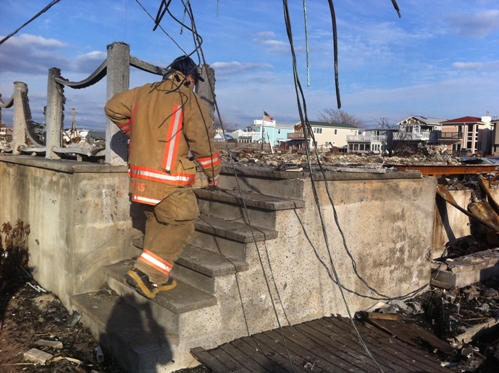 In this video by Stephen M. Keller, you’ll meet Captain Billy Shanks and Captain Steve Lambert of the NOFD.  Captain Shanks knows what it’s like to feel helpless after his home in New Orleans was covered in nine feet of water after Hurricane Katrina.  This understanding allowed him to bring hope to the victims of Hurricane Sandy.  Captain Lambert lost his home in Hurricane Katrina and again recently after Hurricane Isaac.  His home is not repaired after the latest storm, yet, he went to New York, without hesitation, to pay it forward to those who saved him when he needed it the most.

I invite you to join Captain Shanks and Captain Lambert with the NOFD, and show your support to those who may have lost everything.  In addition to flying in volunteers like the NOFD to help with the recovery effort, Southwest is proud to work alongside the Red Cross to provide assistance and response where needed. As a member of the American Red Cross Annual Disaster Giving Program, we help ensure that the Red Cross can be on the scene of a disaster at a moment’s notice. When disasters like Hurricane Sandy occur, the Red Cross is there to provide shelter, food, emotional support, and other assistance to people in need.  Make a donation here if you wish to help those in need: http://american.redcross.org/southwestairlines-pub.