Blame it on my Mom and Katarina Witt 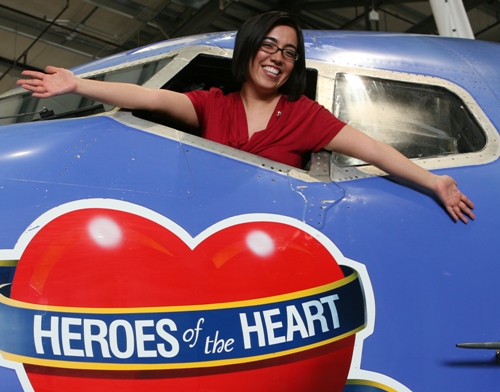 I might be a professional graphic designer, but I have a confession…I am a figure skating addict. I admit, I have the most amazing job with a talented Team of Designers, but I really can’t wait to get on the ice every Saturday morning. This icy addiction can really be traced back to two remarkable women—my Mom and Katarina Witt (let me explain). As far back as I can remember, Mom has always watched figure skating. She and my Dad would surprise me with road trips from West Texas to exotic Texas cities like Dallas so I’d have the chance to see my favorite skaters perform on tour. Mom was the fuel for my figure skating flame. 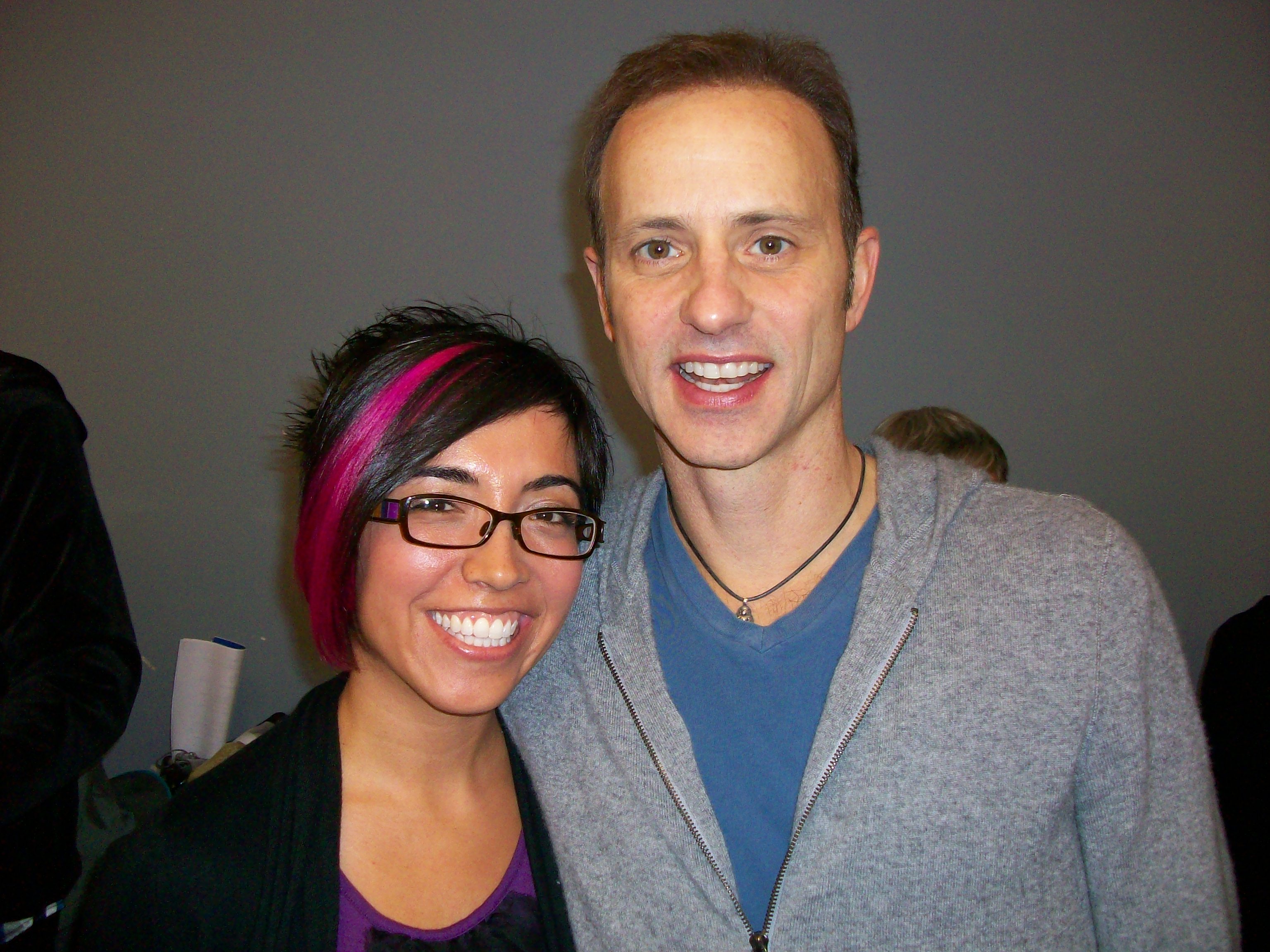 But in 1988, another dynamic woman made me a fan for life. Much like the rest of the world, I was mesmerized by the Battle of the Carmens and the Battle of the Brians. Katarina Witt’s rendition of Bizet’s Carmen was so captivating I tried to mimic her chorography as I hurled myself on to our green shag carpet (much like her final pose). It was in the haze of this Olympic magic that I became a fan for life.

In the years since 1988, I have come along way. In 2004 I relocated to Dallas for my before mentioned—awesome design job. When I landed in Dallas (no pun intended), I knew I had to give skating a try. Having grown up in West Texas, this would be my chance. I could finally let my inner-Canadian out! So at the age of 27, I took to the ice. I was horrible. It was a disastrous first attempt, and I nearly gave up instantly. 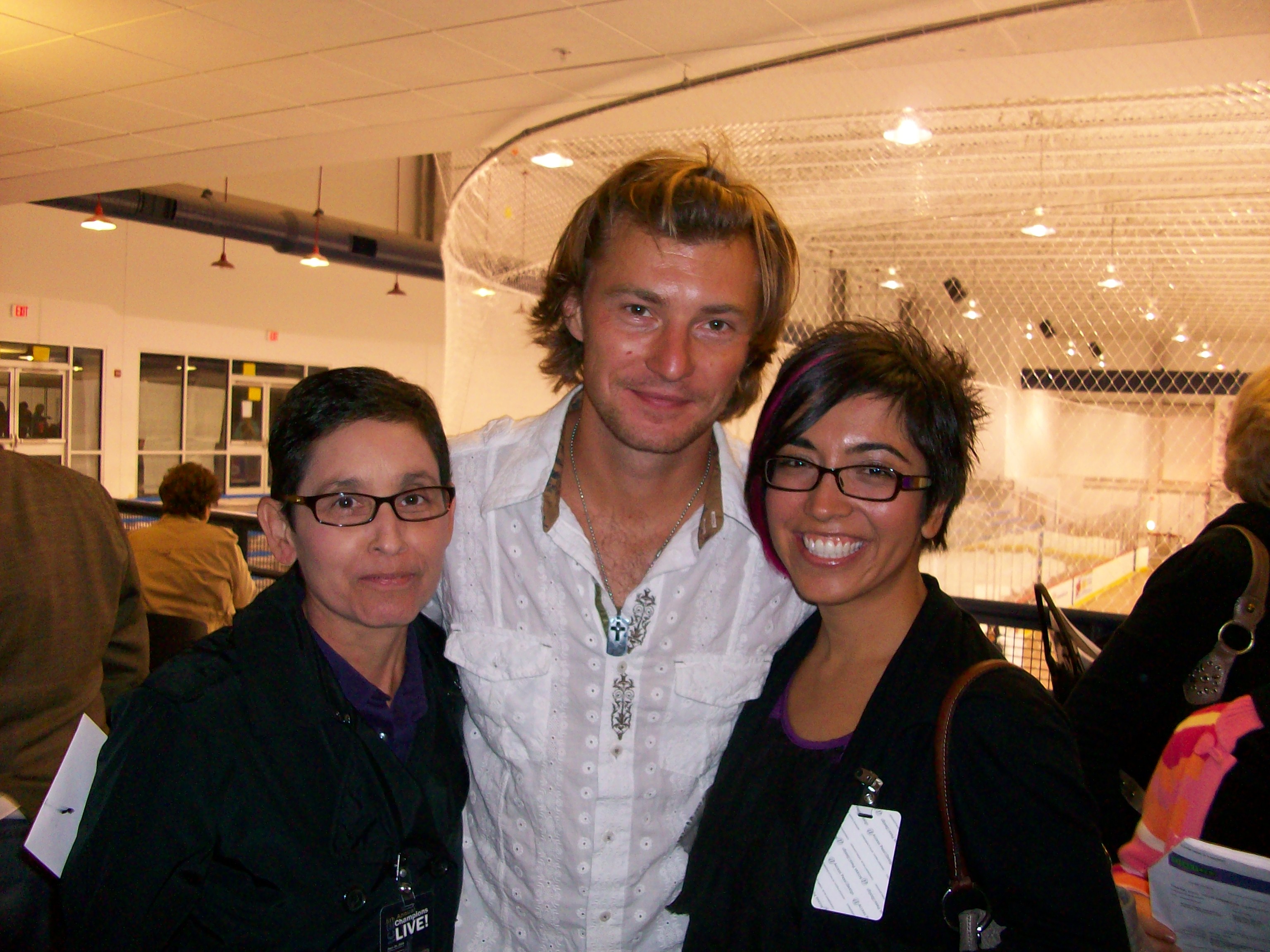 But here I am four years later…still on the ice. I will never compete on the Olympic level but I certainly have an even deeper appreciation for those who will amaze us in Vancouver. In a really unique twist, I too have a couple of Olympic connections. My coach from day one has been the super, spunky Lisa Cushley. Lisa and her brother Neil represented Great Britain in the Pairs Figure Skating event at the 1988 Calgary Olympics. Nothing beats her stories. 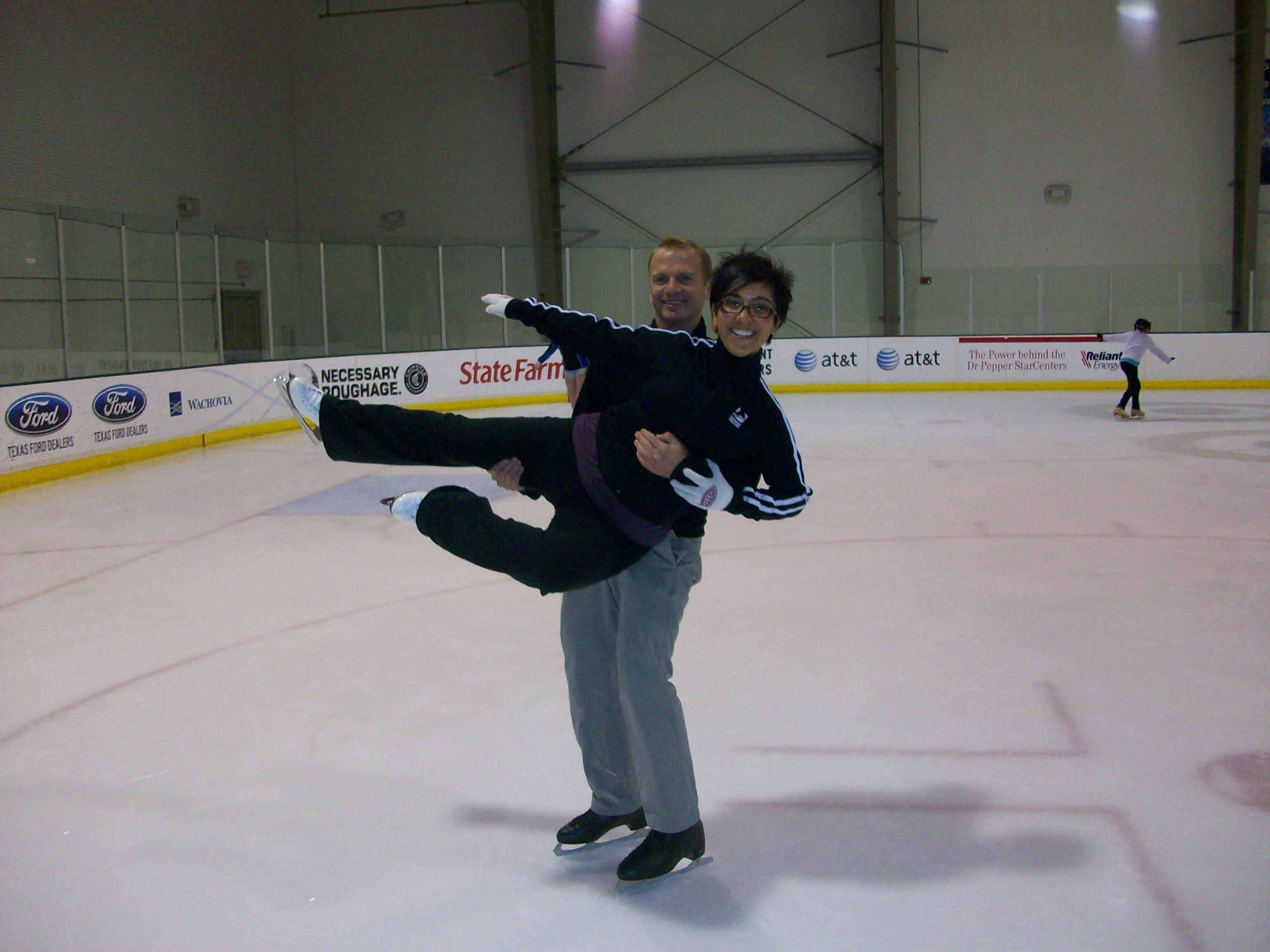 My second Olympic connection came about through volunteerism. Southwest Airlines hires good people and those good people love to help. I knew that I wanted to find a way to volunteer within figure skating. I searched and found a really special and amazing non-profit organization—The Michael Weiss Foundation. Three years ago, I linked up with Michael and his wife Lisa to help. For those sports fans out there, Michael was a member of the 1998 and 2002 Winter Olympic Teams. He is a three-time United States National Champion and a two-time World Bronze Medalist. They created the Michael Weiss Foundation to provide scholarship for aspiring United States Olympic hopefuls. Armed with my design skills, I have helped them by creating the branding and advertising materials for their annual benefit show. It’s a great partnership and even greater cause. I am fortunate to help. 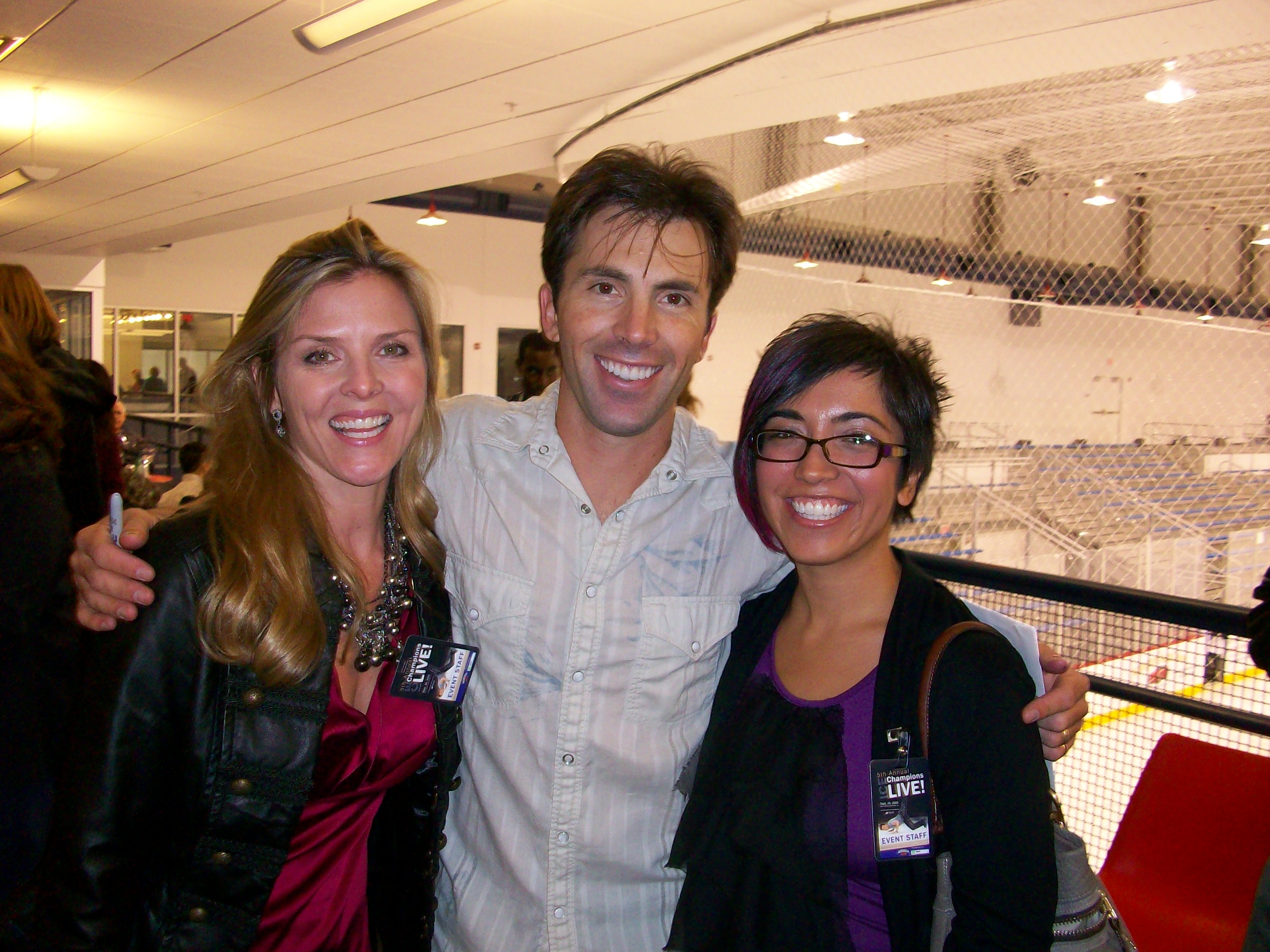 As we slide into the final countdown for the 2010 Vancouver Winter Olympic Games, let’s remember what it’s all about—the sequins! 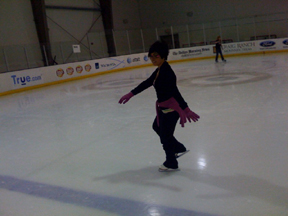 Nick_Lewis1
Not applicable
Wow Sonia! This is a really cool story about you and your passion for skating. I always wondered about the connection you had with ice skating and West Texas, they seem like polar opposites! Oh and you may have a great team of graphic designers, true, but they also have one awesome manager! You are a great person Sonia! One Luv! Nick
15 Loves

Robyn_Young
Not applicable
Great story Sonia!!! I remember those 1988 Olympics and my favorite pairs team of all time, Gordeeva and Grinkov. I'm so glad you got to go to the Vancouver Olympics!! I've enjoyed our skating classes through the years and relish our friendship. Here's to many more Stars on Ice shows!!! Luv ya, Robyn
21 Loves

Carlos_Cruz
Not applicable
Hey Sonia, Great Blog; Glad you got to go top the Winter Olympics I'm sure it was awesome. Carlos
18 Loves

Anonymous4295
Not applicable
Hi Sonia, We don't know each other but I was intrigued by your awesome opportunity to be a part of the Vancouver Olympics. So I visited your blog. Like you, I have loved ice skating since I was young (which was a long time ago), and have followed figure skating not only during the Winter Olympics but anytime I could find a program on television. Just before we adopted our first son, I began taking ice-skating lessons in my 30-somethings. It was exhilarating to sail across the ice--frontwards, backwards--and actually learn movements that resembled the beginning of swirling patterns. Joining an Ice Capades (have I dated myself) drill team was next on my dream list~until one evening during a free- skate time, I was attempting a new movement while another skater zipped by me. I cautiously flinched and lost my balance. Quickly my skates slid forward, and I tipped backward becoming one with the ice. Lying on the ice with my instructor hovering over, I counted my blessings that I had just a surface ice burn on my head. The burn, however, grew a bruised lump, and the Urgent Care Doctor pronounced that I had a concussion. It was then that I decided to make ice skating just a fun sport and focus on the gift of our newborn son. But every chance I had after that to be on the ice, I was there. So, thank you for the vicarious thrill of your Winter Olympic story, which brought back many memories. From one blogger to another~ Janis
21 Loves