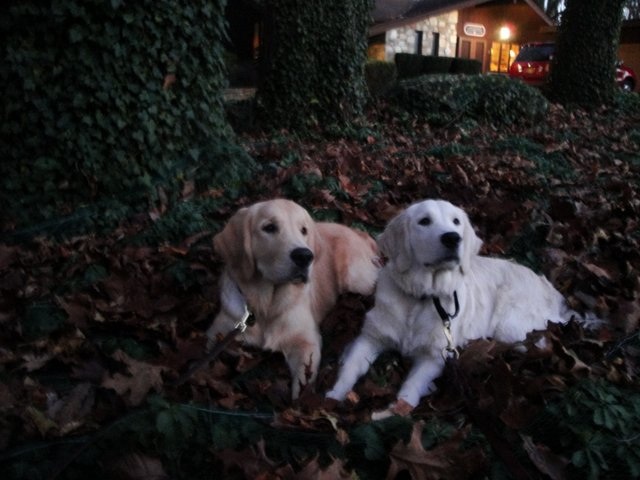 I volunteer with Extra Miles Ministry with my therapy dog, Quinn.  We respond as a team to disasters and try to bring solace and comfort to those affected, including victims and first responders.  When the Newton, Connecticut shooting happened in December, it left our country and all of us reeling.  When Extra Miles Ministry was asked to visit the town with our K9s, we jumped at the chance to help, because I see first-hand the emotional healing our beloved dogs provide.   When I arrived with K9 Quinn and the rest of the Team in Newtown after the shootings at Sandy Hook Elementary, we were met with a devastated community still coming to grips with an enormous evil occurring in such a serene town.

Quinn and I started our Newtown visit by meeting with an EMT who had been the first to enter the school after it had been cleared.  As the man was petting Quinn’s head, he mentioned that in 25 years of being a first responder, he had never experienced anything like what he had seen on December 14, 2012. In his eyes, with each swift motion of a gentle hand, I saw a sense of calm come over him as he sat with Quinn. 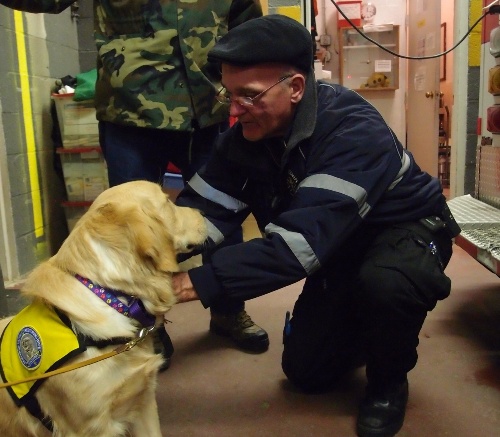 Once our visit was over, the EMT removed his green and white ribbon on his shirt given to him by the City of Newtown and pinned it onto Quinn’s cape.  From that day on, Quinn wore the EMT's ribbon proudly, along with his Southwest Airlines wings, every day we were in Newtown.

I was aware that the small Connecticut community would be a scene of devastation after the deaths at Sandy Hook; however I did not know that our journey to Newtown would be the most rewarding trip we had ever made. 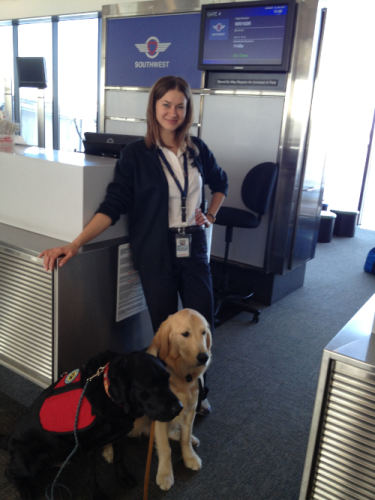 As Quinn and I made our rounds through Newtown, it seemed like we were always in the right place at the right time.  Each child we met was overcome with happiness as soon as they saw the dogs, and we were frequently stopped and showered with thanks for being there.

The power of comfort K9s lies in their ability to listen and provide unconditional love.  Because of Southwest Airlines’ gift of travel and their Rapid Rewards partner, La Quinta ® Inns & Suites’ generous housing accommodations, K9 teams across the country were given the opportunity to soothe the hurt of an entire community.

Extra Mile Ministries will always be grateful to Southwest Airlines and its Employees.  No words of gratitude could ever be enough to thank Southwest Airlines, La Quinta ® and their Employees for assisting my team in bringing hope back to Newtown.

Southwest Airlines made an exception to allow the Extra Miles Ministry to travel with therapy animals in order to have this unique opportunity to make a positive difference in the Newtown community.