Employee
The latest edition of EAA Oshkosh AirVenture is just weeks away, and we want to give five lucky aviation enthusiasts the opportunity to ride on a Southwest flight directly into the Oshkosh AirVenture festival grounds.  Each of those five winners gets to take a guest.
Winning is as easy as registering an account with Nuts, then commenting on this post with your wittiest caption to the million dollar question: Why are all these people standing in line?
Sure, we all know the real answer (they're lining up to check out one of our Boeing 737s).  But we want to see just how creative you can get, with a Southwest spin, of course..  Keep it short, but make it as outlandish, funny, riveting, or unusual as possible!
Again, you can post your caption in the comments section below.  Make sure you are a registered blog user so we can e-mail you if you win! All blog comments must be approved by a moderator, so don't get discouraged if your comment doesn't show up right away.

Be sure to read the rules below for the judging criteria.  The winner will be notified by Friday 7/15/11 at 5 pm CST.

OFFICIAL RULES
Southwest Airlines - EAA Oshkosh AirVenture 2011 Caption Contest
1. To Enter:  No purchase or obligation necessary.  Contest runs July 12, 2011 from 9:00 am CST – July 14, 2011 at 5:00 pm CST.  To enter without purchase or obligation, submit an original caption for the photo  as a comment on Nuts About Southwest.  All entries become property of the sponsor and will not be returned.  Entries limited to one (1) per person.  Anonymous entries will be considered invalid.  You warrant your comment will not be sexually explicit, unnecessarily violent or derogatory.  It cannot promote drugs, alcohol, or firearms.  It cannot contain trademarks, logos or copyrighted materials owned by others.
2. Selection of Winner: On or about July 14, 2011 at 5 pm CST, members of the Southwest Airlines Emerging Media Team will review all eligible entries received and choose a winner.  The judges will be judging on the following qualities:
∙ Creativity and Originality: 20%
∙ Entertaining: 25%
∙ Southwest Appeal: 35% -  entry should reflect our Culture and Fun-LUVing Attitude.
∙ Rules: 20% Read and complied with the official rules.
Prizes are guaranteed to be awarded.  Odds of winning will depend on the total number of eligible entries received.
3. Prize: Five (5) Grand Prizes to consist of two (2) spaces on the Southwest Airlines ferry flight from Chicago (MDW) to EAA Oshkosh AirVenture 2011 on Saturday, July 30th, two (2) tickets to EAA Oshkosh AirVenture 2011, and two (2) spaces to Chicago (MDW) from EAA Oshkosh AirVenture 2011 on Saturday, July 30th. APV for Southwest Airlines ticket pairs is $800.  APV for EAA Oshkosh AirVenture 2011 is $74.  Grand Prize tickets are non-transferable, and winner and their guest will be required to arrive at the airport at the same time, each with a valid photo I.D.

4. Eligibility:  Contest open to all legal US residents, 21 years and older as of July 12, 2011.  Employees of Southwest Airlines Co., AirTran Airways, Inc., EAA Oshkosh AirVenture, and their advertising and promotions agencies, and their immediate families (spouse and parents, children and siblings and their spouses) and individuals living in the same households of such employees are ineligible.  Void where prohibited or restricted by law.  Contest subject to all applicable federal, state, and local laws and regulations.  By participating, entrants agree to these official rules and accept decisions of the Sponsor as final.  Void in Puerto Rico and where prohibited by law.
The promotion is offered in the United States only and shall only be construed and evaluated according to United States law.  Do not proceed in this site if you are not located in the United States.
5.  To Claim Prize: Potential winner only will be notified by Southwest Airlines via e-mail, and winner must arrange for travel to and from Chicago-Midway Airport.  Unclaimed or undeliverable prize will be forfeited and awarded to an alternate winner.  Prizes are not transferable or redeemable for cash.  Prizes are guaranteed to be awarded.  Acceptance of prize constitutes permission (except where prohibited) to use winner's name, hometown and likeness for purposes of advertising, promotion and publicity in any media without additional compensation.  Winners and their guest must execute and return any required affidavit of eligibility and/or liability/publicity release within one (1) day of notification attempt or prize will be forfeited and an alternate winner may be chosen. If a potential winner cannot be contacted, fails to sign and return the required affidavit of eligibility and liability/publicity release within the required time period, or if a prize or prize notification is returned as undeliverable, potential winner forfeits prize.
6.  Limitation of Liability: Neither Sponsor, EAA Oshkosh AirVenture, nor their affiliated entities, are responsible for printing or typographical errors in any related materials; stolen, fraudulent, entries or mail; or transactions that are processed or lost due to computer or electronic malfunction.  Winners are solely responsible for payment of all federal, state, and local taxes on prize and for any travel or other expenses not specifically mentioned in prize description.  Sponsor reserves the right to cancel or modify Contest if fraud or technical failure compromise the integrity of the Contest as determined by Sponsor in its sole discretion.  This Contest offer is being made exclusively by Sponsor.
Sponsor not responsible for technical, hardware, software or telephone failures of any kind, lost or unavailable network connections or fraud, incomplete, garbled or delayed computer transmission whether caused by Sponsor, user, or by any of the equipment or programming associated with or utilized in the promotion or by any technical or human error which may occur in the process of submissions which may limit a participants ability to participate in this promotion.
7.  Winner's List: To request a Winner's Name List, send a self addressed stamped return envelope, after July 15, 2011, to Southwest Airlines Emerging Media.  All requests must be received by August 15, 2011.  Utah and Washington residents may omit return postage.
8. Sponsor: Southwest Airlines Co., P.O. Box 36611, Dallas, TX.  75235-1611

Daniel_Morgan
Not applicable
Heard the TSA checkpoints are now staffed by Southwest employees so now at least the strip search will be fun.
6 Loves

Alison111
Not applicable
Walk the line, keep your dime. Refers to the nickel and diming that Southwest does not participate in.
5 Loves

phil94028
Not applicable
I sure hope we get on before Herb stops pouring the drinks!
6 Loves

apopoviz
Not applicable
The line is filled with those who just plane LUV Southwest. Grab your bag, the line is moving!
6 Loves

valentinepga
Not applicable
" Maybe with Southwest's low fares, they will be able to afford hats when they get there!"
5 Loves

phil-schaben
Not applicable
It’s 90 degrees out...we should have gone with EarlyBird Check-In!
5 Loves

Princess_Young
Not applicable
Photo caption: Men from all parts of Dallas stand in line and wait eagerly to meet the newest Southwest Airlines pilot...Heidi Klum.
6 Loves 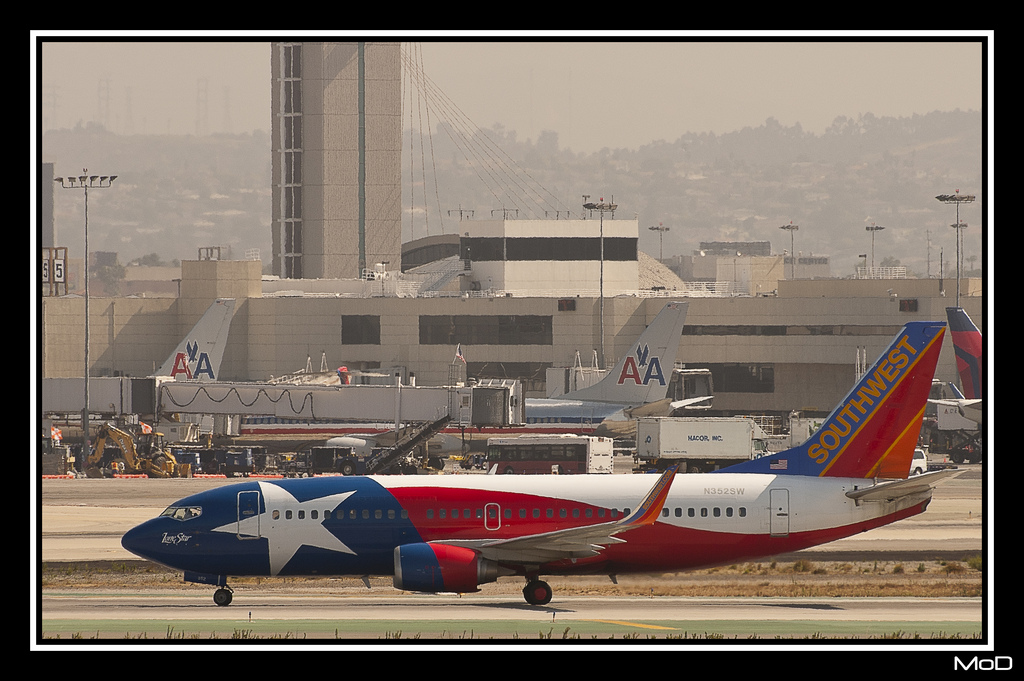 lacamod
Not applicable
So the shortest Southwest route, from Ft. Myers (RSW) to Orlando (MCO), is now being flown by the Airbus A380 ? No wonder the line is so long.
3 Loves

mkennyflight
Not applicable
This popular Rapid Rewards line is nothing compared to trying to cut through the red tape at that other airline.
3 Loves

Lionell_Gianinn
Not applicable
Dude, I heard they were going old school this week, really? Yeah the flight attendants are in bright miniskirts and they rolled the prices back to 1975.
3 Loves

diggity
Not applicable
"Herding" to Fee Court because they flew with those other guys.
3 Loves

julianne-h
Not applicable
Rumors of new seat-back iPads created a huge line at the Southwest 737.
3 Loves

chuckworth
New Arrival
Several hopefuls wait in line for their chance to show off their freestyle skills on the 737 mic in their quest to be named "Southwest's Next Top Rapping Flight Attendant."
3 Loves

w5pda
Active Member
"Sorry I took so long, but the interview line for rampers was quite long." Paul in CRP
3 Loves

warwagon
Not applicable
These are all people who are waiting in line for their "Doctor's Note" so they can attend the Oshkosh Airshow! Doctor Herb will be at the gate handing them out!
3 Loves 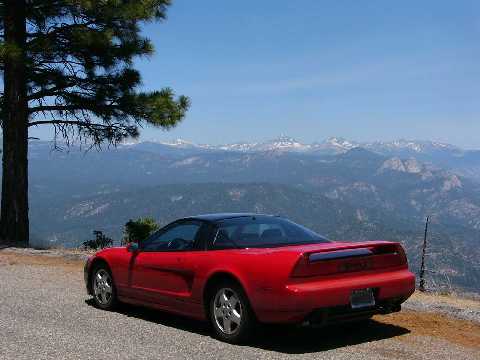 nsx
Not applicable
These geeks are some of the hundreds of website developers hoping to score a job rebuilding southwest.com. Although applicants are judged on the number of glitches they have discovered, the winners will soon learn that it's easier to criticize than to create!
15 Loves

hollypa
Not applicable
Waiting to sign the petition to have Southwest serve their airport as the next official destination.
15 Loves

str8tlk
Not applicable
Our off duty military heros stand guard to make sure nobody messes with Low fares and Bags that fly Free!! Now thats Freedom!
15 Loves

str8tlk
Not applicable
Our off duty military heros standing guard over a 737 so nobody messes with low fares or bags that fly free!! Now thats freedom!!
12 Loves 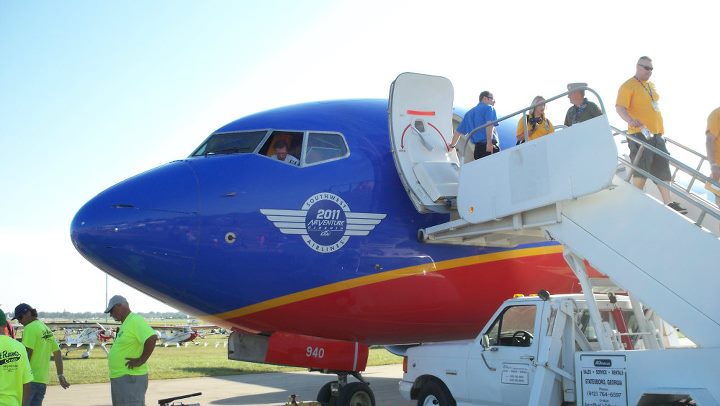 tesg
New Arrival
"Seriously...Who holds an air show with the only available bathrooms being those on a Southwest 737?"
12 Loves

Tim_Klan
Not applicable
These guys know that the best view is from INSIDE a Southwest plane. 100 degrees outside vs 137 cool leather seats, refreshments, and a fun LUVing crew inside.
16 Loves

Sam_Wiltzius
Not applicable
Event with out the TSA AirVenture generates long lines for airlines.
15 Loves

mikejz
Not applicable
After the long flight to Oshkosh, many arriving in their small homebuilt aircraft are coming to terms with their decision not to go to the bathroom before they took off.
18 Loves

Did anyone receive the "boost" from email in April?