Our memories of Rosa Parks, the Mother of the Modern Civil Rights Movement, remind us that everyday is Black History.  Rosa Parks was known as an ordinary woman who did extraordinary things.  Recently, in Washington, D.C., I was invited by the Rosa and Raymond Parks Institute to represent Southwest Airlines at the U.S. Capitol to celebrate what would have been Rosa Parks’ 97th birthday.  Southwest Airlines and the Institute have had a special relationship for the past five years.  Following her death, Southwest Airlines was very instrumental with providing an aircraft to transport Rosa Parks’ family, friends, and NAACP members to her homegoing services.

At the birthday ceremony, I was especially inspired by the beautiful “Freedom Rose” named in honor of Rosa Parks that was given to the attendees and Congressional Members. The celebration and press conference included:  Nevada Senator Harry Reid; Senators Debbie Stabenow and Roland Burris; Representatives John Conyers, Carolyn Kilpatrick, and Jesse Jackson, Jr.; and Elaine Steele, Co-Founder of the Rosa and Raymond Parks Institute.

The ceremony was very moving and a perfect way to kick off Black History Month.  The following are some of the special sentiments expressed by our Congressional Members.

“Rosa Parks personified an entire generation of African-Americans who, like her, decided they simply had had enough,” said Nevada Senator Harry Reid.  “Her courage put a human face on the effect of Jim Crow laws in the South and her principled protest is as important an act to the cause of civil rights as any single act that we’ve ever known.  Her impact on American history can never be overstated, and it should never be overlooked.”

Senator Stabenow said: “Rosa Parks is a civil rights icon.  Her contributions to the progress of our nation will not be forgotten.  I am proud that she called Michigan home, and it was my privilege to lead the charge with Congresswoman Kilpatrick to name the Detroit Homeland Security building in honor of Rosa Parks. I will continue to honor her place in our nation’s history and to push for a statue of Rosa Parks in our nation’s Capitol.”

“Black History Month is a time in which we celebrate the often extraordinary contributions and sacrifices African-Americans have made to our shared American experience,” said Senator Burris. “As we come together to honor Rosa Parks on the 97th anniversary of her birth, we remember her quiet dignity, uncommon grace, and defiant courage. More than half a century later, we have seen how Rosa Parks’ simple, yet powerful assertion of her equality has rippled through history, and led to remarkable strides for civil rights as we continue our long journey toward what our nation’s founders called a more perfect union.”

Congressman Conyers said: “Rosa Parks was a humble, resolute, near saint-like woman who believed strongly in the constitutional principles of equality and freedom.  Those qualities and beliefs moved her to take a stand on December 1, 1955, marking the beginning of the modern Civil Rights Movement.  It is an honor and a privilege to commemorate Rosa Parks-- the Mother of the Civil Rights Movement--and her life’s work on what would have been her 97th birthday.”

“Mrs. Rosa Parks transformed the country with her quiet strength and determination,” said Congresswoman Kilpatrick. “Her contributions to the Civil Rights Movement, her commitment to change, and her compassion for young people should always be remembered. I am humbled to be recognized for my efforts to remember her life and legacy. This is truly an honor I will always cherish. She will always be my role model.”

Congressman Jackson said: “I'm honored to join with my colleagues to celebrate the life of Rosa Parks.  Her quiet courage helped America renew its founding promise and principle -- of liberty and justice for all.  On this her 97th Birthday, may we keep her memory and legacy alive -- to struggle for freedom, to strive for justice and to perfect our Union.” 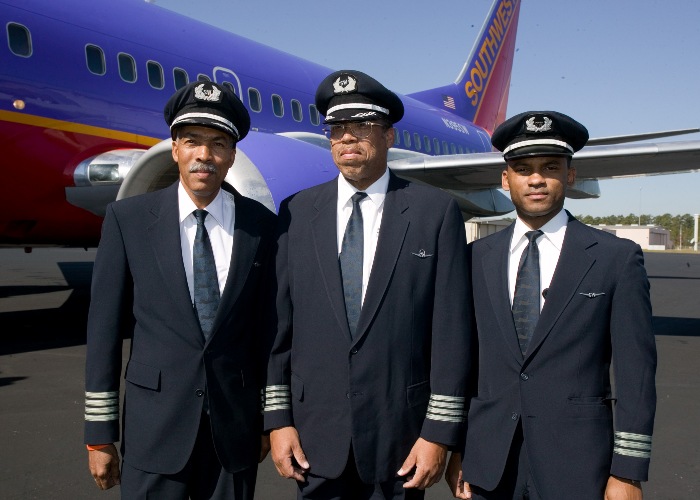 thom-jolly
Not applicable
Thank you, Karen. I still get emotional inside when I read about Ms. Parks and where things have been in my country. I feel pride for those who struggled, were jailed or died to bring equality and respect for themselves and others in this world. Nothing came easy nor will it ever but we need to remember it is not over for those who seek out injustice to bring justice. Bigotry and discrimination are still alive in our country but keeping the light on our troubles may someday eradicate the hate and ugliness we see. I grew up in the South. I know what I saw and heard that was done to African-Americans in my hometown and across the South. Things are different and if weren't for the leaders of the Civil Rights, the workers in the streets, the folks on the side and even the white folks who finally said, "enough is enough", where would we be? We are thankful for all of these great Americans that paved the way for each of us, all of us, to be free of the chains of bigotry and hate no matter who we are or what ethnicity.
18 Loves

Carole
Not applicable
Great article.......If only EACH of us had the courage, as well as the resolve, to stand up for human integrity...our own, as well as our fellow man's, what an awesome world we would live in! Happy birthday Mrs. Parks and thank you for providing a gracious model for ALL of us.
22 Loves