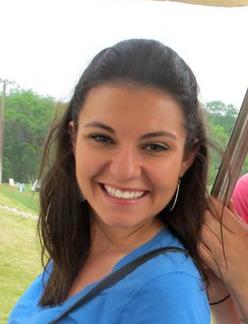 Southwest celebrates 20 years of service from Sacramento International Airport (SMF), but we have already begun ringing in the occasion.  To show our appreciation to the Customers, Southwest Airlines catered Panera Bread coffee, bagels, and pastries in the morning and lemonade and cookies, as an afternoon treat.

Like many birthday celebrations, there were cheerful, SWA-colored balloons everywhere and music to liven the Customers' spirits.  The kids and parents both enthusiastically enjoyed the balloon artist, Twistin' Tim! Our Companywide Culture Committee Members flew in from all over the system to help support the event, and laminated personalized bag tags for the Customers. To appreciate the 281 Employees here at the SMF Station, BBQ was catered, prizes were randomly drawn, and Employees played the Nintendo Wii in a competitive tournament in the breakroom!

A small presentation was held at Gate 10 by Bill Showalter, Ground Ops Regional Director, to present a model airplane and plaque to our three Original Employees: Becky and Charlie Reyes, a Southwest LUV couple, and Lynn Caroll.  The consistent compliments we received from Customers and Employees was a sure sign that the event was a huge success!  More than 2,000 Customers were served treats throughout the day!

mikebarnbaum
New Arrival
Many cheers go out to the SWA Folks here in Sacramento. Not only is it the 20th Anniversary, but another 20 and more are ahead in the making of Sacramento International Airport's New Terminal B. Set to open on October 6th, the new terminal will greatly allow the ability for Southwest to expand service to many more United States destinations. Prior to the October 6th operational opening, all are invited for a "public tour" that will take place on October 2nd. This is a Sunday, so the Monday through Friday crowd, for lack of a better phrase, will have the ability to tour New Terminal B prior to the operational opening. The tour is free of cost, but registration is required at the Sacramento International Airport Website. Happy 20th Anniversary Southwest Airlines at Sacramento International Airport, my hometown airport. Sincerely, Mike Barnbaum, Rapid Rewards Member in Sacramento, California
12 Loves

Can't remember how I earned points