Coming Soon to a City Near You 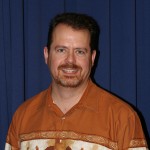 Back in the early days of computing, you had to type a long string of DOS commands in order to get anything done. Anyone remember ‘c:\WINDOWS\system32\calc.exe’ ?  Then along came Windows and icons with point and click. Those command lines are still there, but now clicking an icon sends those commands for you. Don’t believe me? Try ‘START’, ‘RUN’, and type the above string in the box.

In the airline business, we still use DOS-like command lines to sell you a ticket and check a bag, among other transactions.  In the movie Meet the Parents, when the agent at the airport is typing away for two or three minutes just to issue a boarding pass, it’s actually pretty accurate.

Well, that’s all about to change for Southwest Airlines with a program called CS2.  CS2 stands for Customer Service Two. It is the largest project developed internally in our Company history, and it is rolling out across the Southwest system.  It is taking us from an archaic command line system to a point and click program. And it’s hot!

CS2 has been several years in the making and features significant improvements to our previous application, including: electronic standby lists, and automation of commonly used forms. While it was being created, our Airport Performance Improvement Projects Team conducted many focus groups with Customer Service Agents and Supervisors to ensure this new application would meet the needs of our Employees.

CS2 also lays the foundation for future enhancements, including: electronic ticketing at the airport and the ability to introduce international codeshare. This application is the first “car” in the “train” that’s pulling out of the station, which will lead to even more Customer enhancements at Southwest Airlines.

I just got back from Dallas where I spent three days training on CS2.  Transactions that used to take forever will now be finished in moments.  Forms for Unaccompanied Minors and Infants are now automated.  It may take a little time to enter the information  on the outbound flight, but we can take the outbound info and swap it for the return (and it will be legible too).  We also have the ability to look at more flights at a time when you want to book a reservation. Information that used to require us to toggle between three or four screens is now laid out in one.  The list of enhancements is HUGE!  There are lots of boring details that you might not understand or even care about, but it makes my job much easier.

There is one enhancement that I want to touch on though, since I think it will excite our business travelers. It is the Electronic Standby List.  Customers will now be able to get on standby for any flight at the airport up to two hours prior to departure or more than two hours if the next flight is more than two hours away.  Customers will also be able to get on the standby list with any Southwest Agent: ticket counter, curbside, or gate.  If the change results in a higher fare, we will take your credit card information when putting you on standby, and you will not be charged unless cleared.  We will also be able to upgrade an entire group and let the group leader pay for it with just one swipe.  (We used to have to swipe the card for each passenger individually).

This is a huge undertaking and we are very excited about it!  Please be patient with us as we learn our way around the new program and work out the bugs.   There’s a lot more to come. This is just the tip of the iceberg.