Competition Brings Out the Best 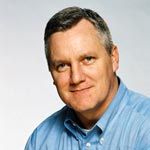 At Southwest Airlines, we just completed an Employee survey.  Like most surveys, this one only takes a few minutes and provides a valuable platform to solicit real time opinions across our system.  In Dallas, a friend of mine in Finance thought it would be FUN to get a little competition going between our Departments.  We made a bet on which Department would have the greatest participation in the survey, and the smack talking began.  All was going well, participation in the survey was well ahead of past years, and I began to relax. Then one Monday morning I opened my office door to find my office had been ‘wrapped’ with toilet paper.  (see picture below)

This was very creative for a bunch of accounting nerds. They solicited security to invade my office after hours and launched their attack with precision.  The effect was impressive but the “damage” was temporary, as it was cleaned up in just a few minutes.  With three daughters, the large oak tree in front of our house would occasionally get wrapped by the neighborhood boys.  Upon one such occasion, I was able to interrupt the tree wrapping and commandeer one of the assailant’s bicycles.  I locked up the prisoner (bike) in my garage and waited for the guilty party to surface.  It took several days before mom demanded that her son locate his missing bike. The “prisoner” exchange was very pleasant but needless to say, word soon spread around the neighborhood and the wrappings slowed down.

Although I wasn’t able to capture any Finance assets left behind during the raid, we do have a year’s supply of toilet paper…the good double-ply kind!  Thanks, Finance.