Congrats to One of our Favorite Golf-Loving Customers – Kenny Perry! 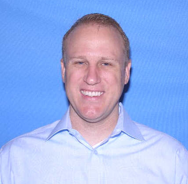 This past weekend, the Southwest Adams Golf Team had a break out win with Kenny Perry finishing on top of the Seniors Players Championship (considered a Major on the Champions Tour).  Kenny beat out Fred Couples down the stretch to pull off the win. We couldn’t be happier for Kenny who not only is on the Southwest Adams Golf Team, but also a long-time Rapid Rewards Member who regularly flies Southwest out of Nashville (BNA).

Kenny watching the Golf Channel onboard

Kenny is a huge Southwest Advocate, who loves us for our Golf Bags Fly Free policy, and that we don’t give a Penalty stroke for changing flight plans since pro golfers’ schedules are always changing.  It’s only fitting that Kenny pull of this Major win as he is also featured as the Southwest Freedom Story in this month’s Spirit Magazine.

Kenny wasn’t the only player on the Southwest Adams Golf Team making headlines this past weekend.  Ash Hall made a strong run at the United Leasing Championship, getting edged out in a Play-off.

Check out southwest.com/golf to meet the Southwest Adams Golf Team and learn why Southwest Airlines is the Official Airline of Golf Lovers.