Crooning by the Chicago Children's Choir

What comes to mind when you think of Chicago?  Possibly Garrett’s popcorn, deep dish pizza, the Sears... ahem... Willis Tower, shopping the Magnificent Mile, visiting Millennium Park or Wrigley Field?  Bet you did not think of the Chicago Children’s Choir!

The Choir was the vision of Christopher Moore in the late 1950's, as our nation struggled with our conscience and the resulting Civil Rights Movement.  Moore’s vision was a multiracial, multicultural children’s choir which would bring Chicago’s inner city youth, from diverse ethnic and social economic backgrounds, together through music, and thus foster harmony and understanding that would ultimately change generations.

“He believed that youth from diverse backgrounds could better understand each other and themselves by learning to make beautiful music together,” said Jessica Ramirez, who is with the Chicago Children’s Choir. 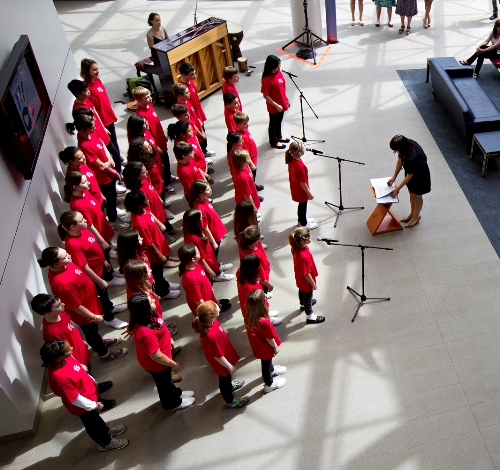 Last week, a small group from the Youth Choir (ages 8 - 13) delivered a toe-tapping, finger-snapping performance to a thrilled Southwest audience that spilled over three balconies at our Headquarters building in Dallas.  The children were poised, charmingly animated, and loaded with talent.  They sung both a cappella and accompanied by piano, drums, and shaker instruments.  The choir is led by their equally animated and talented Conductor Whitney Covalle, who said, “We are truly thankful for Southwest Airlines’ support, which makes these performances possible!” 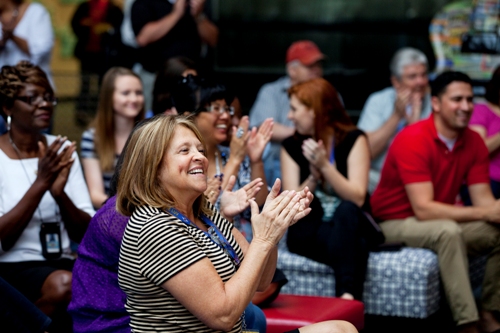 The choir is comprised of 3,000 youth from 11 Chicago neighborhoods, from early elementary through high school, with many members seeking professional musical careers.  The elite 100 Member “Concert Choir” performs both in the United States and internationally with a trip planned to Italy later this year.  The Choir CD's are available online for purchase at: http://www.ccchoir.org, featuring songs such as “Songs on the Road to Freedom” and “Open Up Your Heart.”

Southwest is privileged to sponsor this amazing organization, and we believe in their mission of spreading harmony through music around the world.