Customer Stories: A Future as Limitless as the Sky 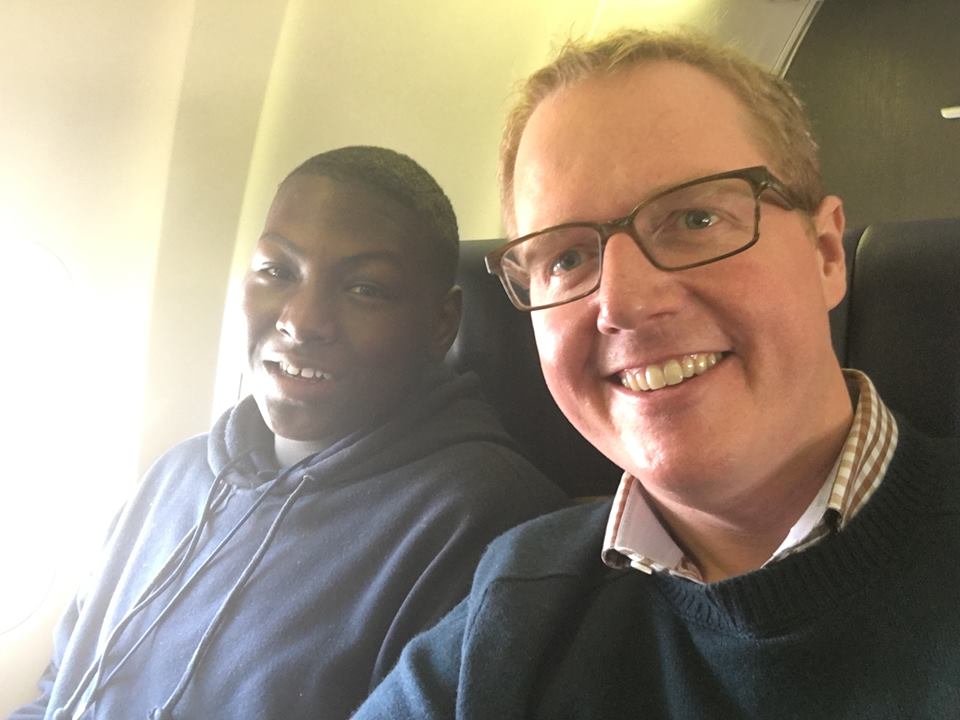 The following is a guest post from Customer Brian Davis, a mentor in the Big Brothers/Big Sisters program, who recently received an opportunity to give his “Little Brother” Ladarius the birthday surprise of a lifetime. Dear Southwest, 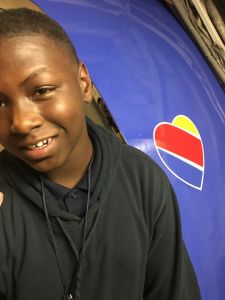 I want to take this opportunity to thank you from the bottom of my heart for providing a surprise birthday experience a bright young mind will never forget.  I have been a mentor to Ladarius J. via Big Brothers/Big Sisters for over seven years, and have watched him blossom into a loving, caring, kind, and curious young man.  As the only child of a single mother with limited means, I try hard to introduce him to the world around himself, and you have really helped me take that to the next level. 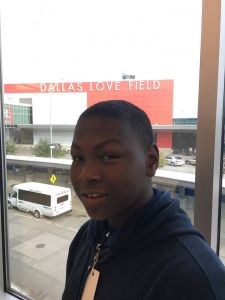 After a reveal of the surprise for his 14th birthday yesterday morning, we headed to Love Field where he was shown the ticketing counter and the arrivals and departures screen.  He caught on quickly, and we breezed through security and on to Gate 6. He was surprised at how much the concourse area resembles a modern mall, and loved having breakfast at Dunkin Donuts, where he had his first cappuccino.  I was shocked that he asked what one was, and that he pronounced it perfectly. We boarded the plane, and I was able to slip the friendly flight attendant a note explaining our trip.  Ladarius was a little nervous about the sounds and the shakes of our takeoff, but was soon smiling as I pointed out Parkland Hospital (where we had visited his grandmother), the Hilton Anatole (where I take him swimming every summer), and the bridges that cross the Trinity River.  He loved his bird’s-eye view! 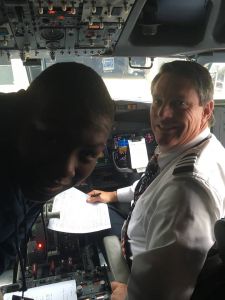 The plane leveled out and the Captain came on the PA system to thank our veterans for their service to our country.  He then announced that it was Ladarius’s first flight, and his 14th birthday, which drew applause from our fellow passengers.  After landing in Austin, the Captain guided us into the cockpit, and allowed Ladarius to take his seat as he explained the compass settings and the steps required to program the plane for the next segment to Boston.  He was fantastic, and got Ladarius to tell him that he plans to be a marine biologist when he grows up. 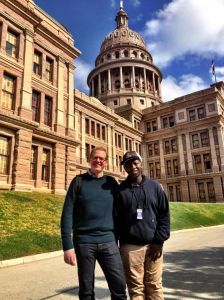 We departed the airport in his first Uber, and he loved the idea of hopping in a car and going anywhere without paying.  I quickly fixed that perception, showed him the App, and explained the online payment process.  We arrived at Whole Foods headquarters for lunch with a friend, where we dined on his favorite cuisine: sushi.  After a quick birthday cake bite and a root beer, we were ascending the grounds of the State Capitol for a special private tour of the House and Senate chambers, the rotunda, and a congressional office.

After that, we walked up to the campus of The University of Texas, past the huge fountain and the tower, and were lead on a VIP tour of the College of Natural Sciences.  They took us into the basement to see the creepy jars of dissected creatures, then over to the turtle pond where students were as relaxed as the turtles. We saw large and small lecture halls, the new computer science center, a student food court, and the amazing gymnasium with a rock climbing wall and resort-style pools.  Our guide explained the Marine Science program in Port Aransas, and provided us with great information to consider for high school. 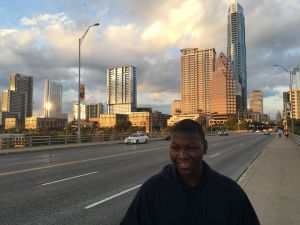 Our next stop was for a bite to eat at my favorite Austin restaurant, Elizabeth Street Cafe. Ladarius wanted another Ginger Ale, after enjoying it as his in-flight beverage.  We each ordered the kaffir lime fried chicken banh mi, and as usual, he impressed me with his appreciation for exotic cuisine.  He practically licked the plate clean. We grabbed desert pastries for the road, and quickly headed to the Congress Avenue Bridge to try to catch a glimpse of the bats as they emerged from under the bridge at dusk. We never did see the bats, but the sunset over the city was a truly magical ending to a perfect birthday celebration. Thank you for helping me to teach Ladarius about the joys of traveling, a little state history, planting the seed for a college education, and that his future is as limitless as the sky. Much love, Brian Davis
4 Loves
1 Comment

georgiabwright0
Not applicable
Southwest-- this story is a perfect example of the superior customer service you provide. As a loyal Southwest customer myself, I continue to be amazed by the time (rather than money) you put forth in supplying flyers with small and personal acts of kindness. All airlines should focus more on putting a smile on their customers' faces like you have obviously done for this boy's 14th birthday. Georgiana Wright, anticipated graduation May 2017 Freeman School of Business/ Tulane University
0 Loves