Customer Stories: Adding a Little LUV to Our Family 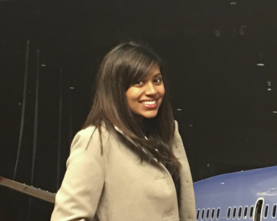 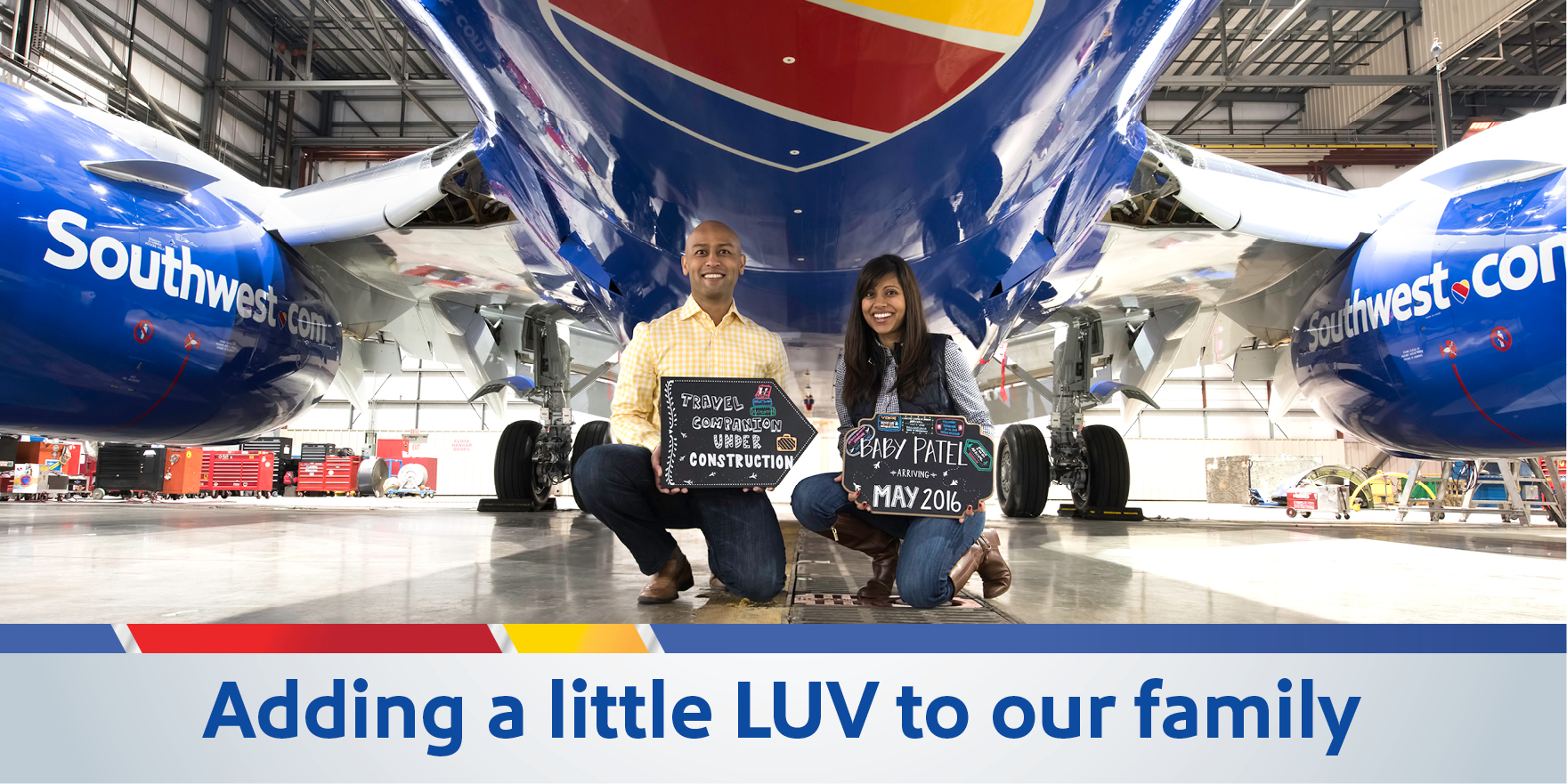 First comes love, then comes marriage, then comes Payal and Jay with a big Southwest baby announcement! What do you do when you are expectant, first-time parents, and you want to announce your big news to your friends and family? Have a photo shoot with a 93,000 pound, 737-800 Southwest aircraft, of course! Naturally, my husband Jay and I were thrilled to share our joy with everyone; however, the million dollar question was, “How do we announce that we are expecting?” Pinterest gave us some ideas, but nothing really stood out. Jay, not one to shy away from doing the seemingly impossible, believed he had the perfect way we could announce our wonderful news, though it was definitely unconventional. “You want to do an announcement with a real plane? Really? Good luck with that idea,” I asked not believing that such a grandiose idea would ever work. We are both avid travelers, so it made sense for our announcement to tie into our love for travel, but a plane? C’mon! Ever the optimist, Jay was confident that the worst anyone would say was no. Still not convinced, I told him that we should have a plan B. While Jay and I did not agree that this plan would work, we were confident in which airline we wanted to ask: Southwest. Jay is hands-down one of Southwest’s biggest fans, and he even converted me from an on again/off again Southwest flyer to a frequent Customer today. Last year alone, almost every trip we took was with Southwest. Since Southwest has helped with our passion for travel and we were ‘adding a little LUV to our family,’ we thought it was a perfect fit. 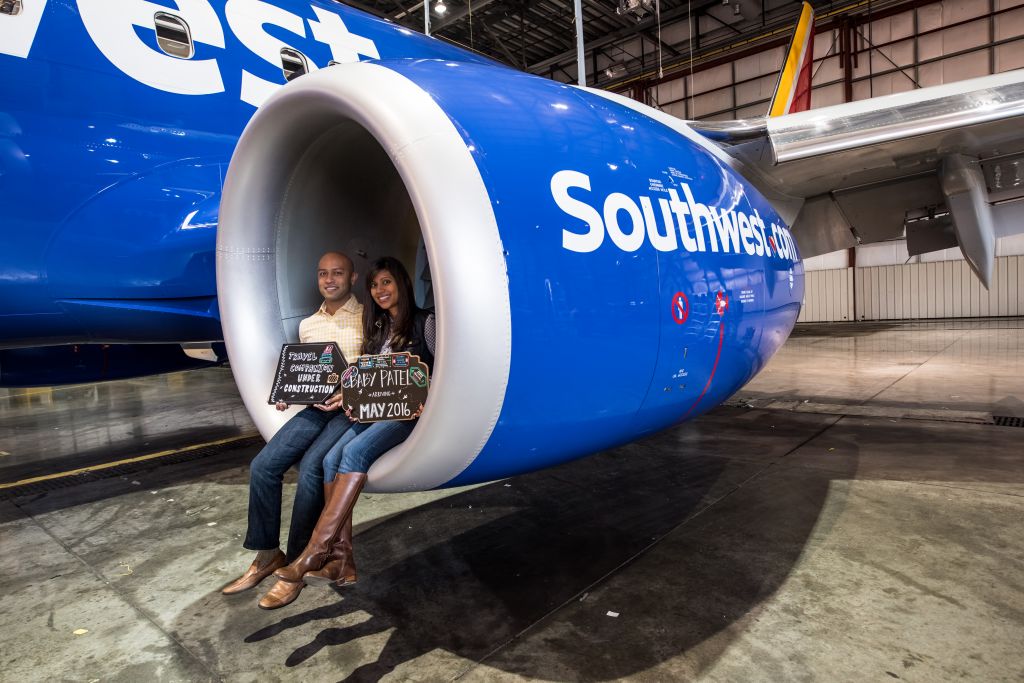 Armed with nothing but determination and pure hope, Jay picked up the phone and called Southwest. To my surprise, Southwest accepted the challenge and was delighted to make Jay’s and my dream a reality. Before we knew it, their Team put the plan in motion, and we were standing in Southwest’s maintenance hangar in front of a brand new 737 aircraft with a sign that read, “Travel Companion Under Construction.” What amazed us most about the experience was that this “little baby announcement” did not seem like an obligation to the folks at Southwest. They were not just ushering us in and out quickly. It was clear that they were just as excited, if not more, about making this announcement as Jay and me. We cannot thank the Southwest Team enough for making us feel like Family and for taking such an interest in the next leg of our journey through life! We were happy to help make Jay and Payal's dreams come true, and we cannot wait to meet their newest Companion, a boy, this May!
10 Loves

The Bad, the Good, and Paying Attention

Changing of Flights and Horrible experience with Customer relations!!