Not applicable
Southwest Airlines has a reputation as a company that marches to its own beat, even a little offbeat, in its sensibilities. That picture was reinforced during my first trip to Southwest Headquarters, when I entered the lobby to find a big Halloween display of castles and demons and skeletons under construction. The sight raised my hopes for enjoying my interview with Southwest CEO Gary Kelly, who was named CEO of the Year for 2009 in the latest issue of DCEO.

Kelly and the entire Southwest team were wonderfully accommodating in providing some time on his busy schedule, on short notice.  Kelly came off as a humble guy. For instance, when I asked him about being a TV star--appearing in the company's "Grab Your Bag. It's On" commercials--he said he didn't much like it, except that it gave him an opportunity to spend time with Southwest employees who also appear in the ads. I left satisfied by our conversation about a challenging year for the airline. You can read the whole story on the DCEO website, found here: http://www.dmagazine.com/Home/D_CEO/2009/November_December/Dallas_CEO_of_the_Year.aspx 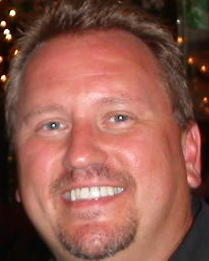 dave_guerra
Not applicable
A great day for servant leadership.
10 Loves

Will accepting another position with SWA affect my Flight Attendant application opportunity?