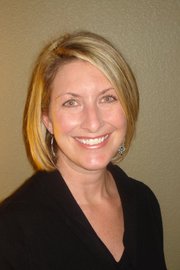 Are you like me? Captivated by secret societies like the clandestine Skull & Bones at Yale or the Illuminati as described in the Dan Brown book “Angels and Demons?”  Well, Wednesday night, I had the chance to visit a secret society of a different ilk…The Artists Den. 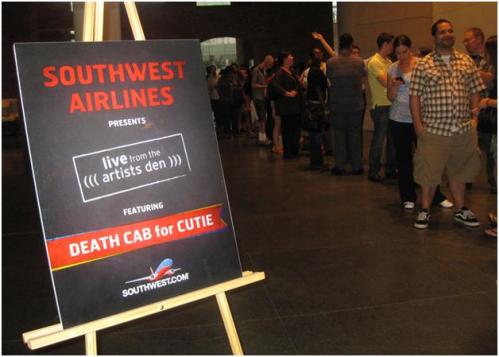 The fantastic Death Cab for Cutie performed for about 800 people inside the beautiful Brooklyn Museum.  From the opening song, “Title and Registration,” Death Cab had the crowd in the palms of its hands, hanging on every word. 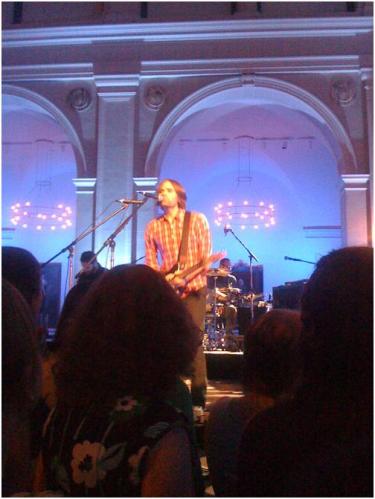 This iconic museum, opened in 1897, was perfect for the indie-rock band.  A rotunda of marble and glass featured famous artwork on the walls and, surprisingly to me, provided great acoustics. The setting was incredibly intimate and the band was definitely at ease and in the mood to joke around with its fans. 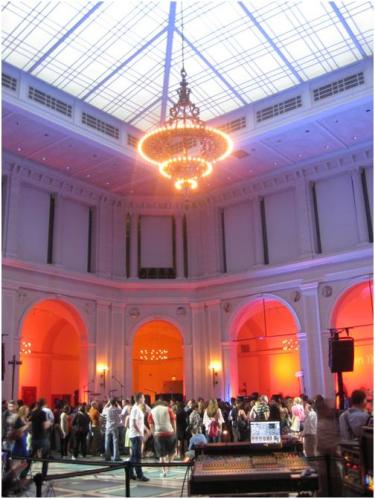 The “Live from the Artists Den” episode featuring Death Cab for Cutie at the Brooklyn Museum won’t air on PBS until next season, but stay tuned for an early peek online via Hulu. 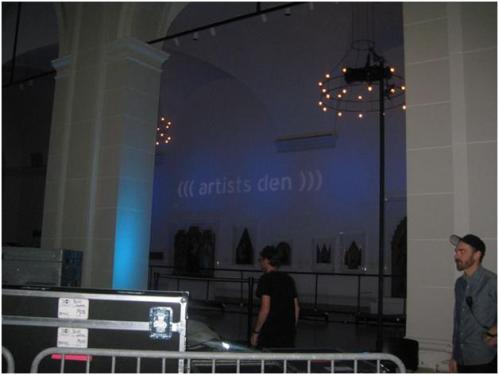 Many of you know that Southwest has partnered with The Artists Den since fall of 2010, and as part of that relationship, we receive branding and integration within the secret concerts.  I’m sure many have wondered how to get a “heads up” or tickets to these shows.  Well, the coolest part about The Artists Den is that it’s secret – but anyone can join!

Only those who have signed up for the mailing list are in the pool to receive free tickets.  Once someone is selected from the pool they get the specific details (most often within a day of the event!) of time and location.

And this year, Southwest Airlines is giving people an advantage to be selected from the pool.  Banner ads on www.theartistsden.com promote Rapid Rewards, and new Members who sign up through the link on that page get an extra entry into the pool for all shows this season!

As a special “surprise & delight” effort, a few of us were on hand at the Southwest Porch at Bryant Park Wednesday to give away five pairs of last-minute tickets to the Death Cab For Cutie concert.  We even signed up some new Rapid Rewards Members while we were there! 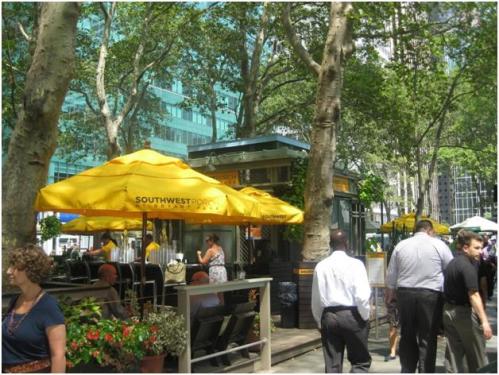 So, if you’re a passionate music fan interested in joining this secret society, visit www.theartistsden.com and sign up for the newsletter.  You’ll be the first to know the next artists and secret locations at which they’ll perform.  And maybe you’ll be lucky enough to be chosen to go!