The committee's seeding process, whether just or unjust, has spoken: the like rules the roost. We Last Four have been chosen, and that means we've crowned four regional champions: In full disclosure, the committee announced it is currently exploring collusion among cities that have the word "city" in them. Chicago could remain the lone destination untarnished by pre-arranged agreements to vault into the Last Four. Because the rules state the show must go on, however, this will not impact Rounds 3 or 4, but it may impact the winners in future tournaments. Thankfully, our wonderful sponsor in Southwest® gift card remains steadfast in the integrity of the tournament. Without further ado, here is the next round's matchup: 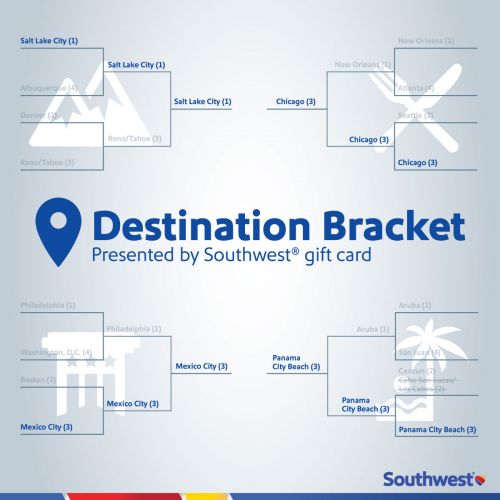