Don't Call it a Three-Peat 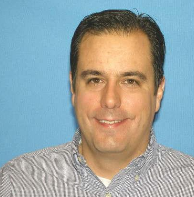 With the NBA playoffs in full swing, I immediately thought of the phrase “three-peat” to describe Southwest Airlines Rapid Rewards clinching the top spot in the 2012 IdeaWorks Switchfly Reward Seat Availability Survey.  The win marked our third consecutive year as the top domestic frequent flyer program.

However, in writing this article I learned that retired coach and former player Pat Riley has trademarked the phrase “three-peat” for commercial use, so let’s just call this Rapid Rewards triumph “three-in-a-row.”

This victory is particularly sweet because we feel that Rapid Rewards offers an alternative to many of the other frequent flyer programs that make it difficult for members to redeem their miles for free flights.   Rapid Rewards has always made reward seat availability a top priority as confirmed by this third-party survey.  When we set out to redesign our revamped Rapid Rewards program that debuted in March of 2011, we again put reward seat availability at the top of the list by including unlimited reward seats as part of the new program.

We’re pleased and honored to receive a 100 percent reward seat availability score and the #1 rank in this year’s survey and hope that it demonstrates our commitment to our Members to offer a championship-worthy frequent flyer program.