Every Airport Code Tells a Story 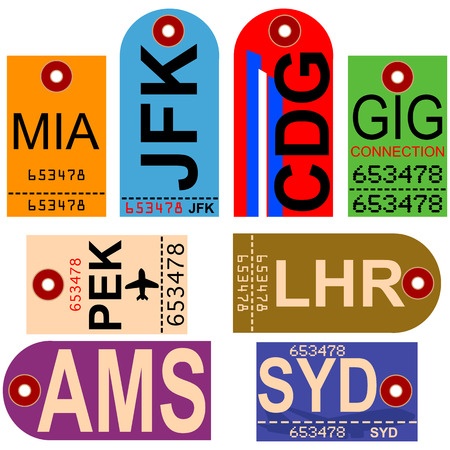 Ah, three-letter airport codes.  The bane of most airline new hires!  I had to memorize and pass a test on 240 airport codes before my very first day of reservations training at that “other” airline on June 24, 1978. (I aced it.)  I thought you guys might enjoy some airport code history, trivia, and Fun! The Origin of the 3-Letter Code Originally, airports just had two letter codes (LA was Los Angeles, NY was New York, DC was Reagan National, etc).  Three-letter codes came about in the 1930’s, as air travel started to become a valid option and cities everywhere built airports.  Airport codes are now assigned to airports by IATA, the International Air Transport Association, and no two airports can have the same code.  (Note to pilots and dispatchers:  these can be different than the four-character ICAO codes—i.e., DAL vs. KDAL, or LHR vs. EGLL).  Many airports are pretty easy to figure out—DAL is Dallas, MSP is Minneapolis/St. Paul, DEN is Denver, and so on.  But some of them are really inscrutable … some have interesting stories … and for one in particular, I was an eyewitness to its creation! Some Odd Ones Some of the “odd” ones are named after historical figures that are more or less forgotten now. Some Funny Ones Then there are the funny ones. Some I’ll Never Forget My favorite airport code story is the one I got to sit in on.  Before we announced service to the beautiful new Panama City Airport in Northwest Florida, there was quite the kerfluffle between the airport, the U.S. Department of Transportation (DOT),  and the International Air Transport Association (IATA).  The airport and DOT had agreed to use the code TFB, for The Florida Beaches.  The problem with that is that TFB was already assigned by IATA to some remote airport somewhere else in the world.  So one afternoon, a group from Southwest's Marketing and Network Planning Departments got the IATA, DOT, and Panama City airport people on a conference call to hash the issue out.  After a bit of bluster, they started going through available three-letter codes, and one of the first to be mentioned was ECP.  We all realized it had no meaning at all—until one of my favorite Network Planning colleagues very quietly said—“Everyone Can Party.”  And after we muted the conference call and laughed like crazy for a bit—the code stuck!
24 Loves
1 Comment