Every Seat Has A Story: A Match Made in the Skies 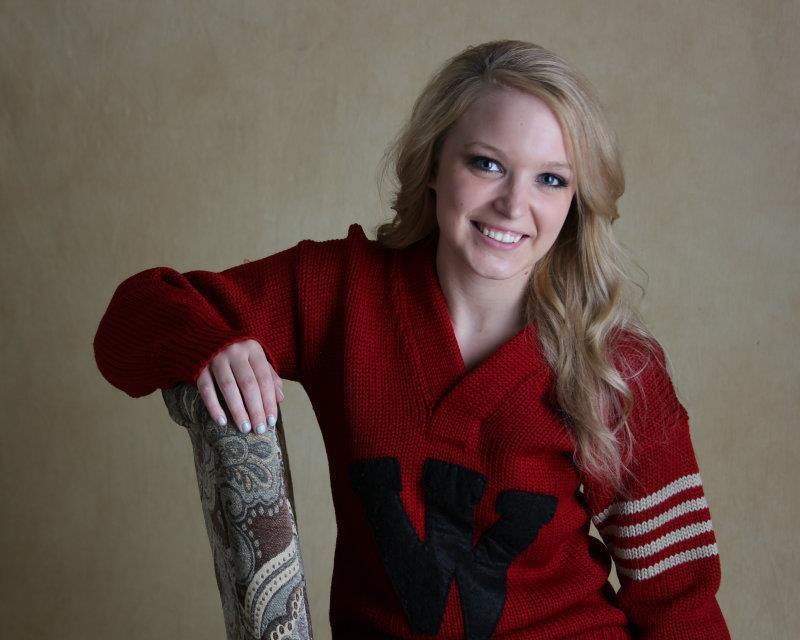 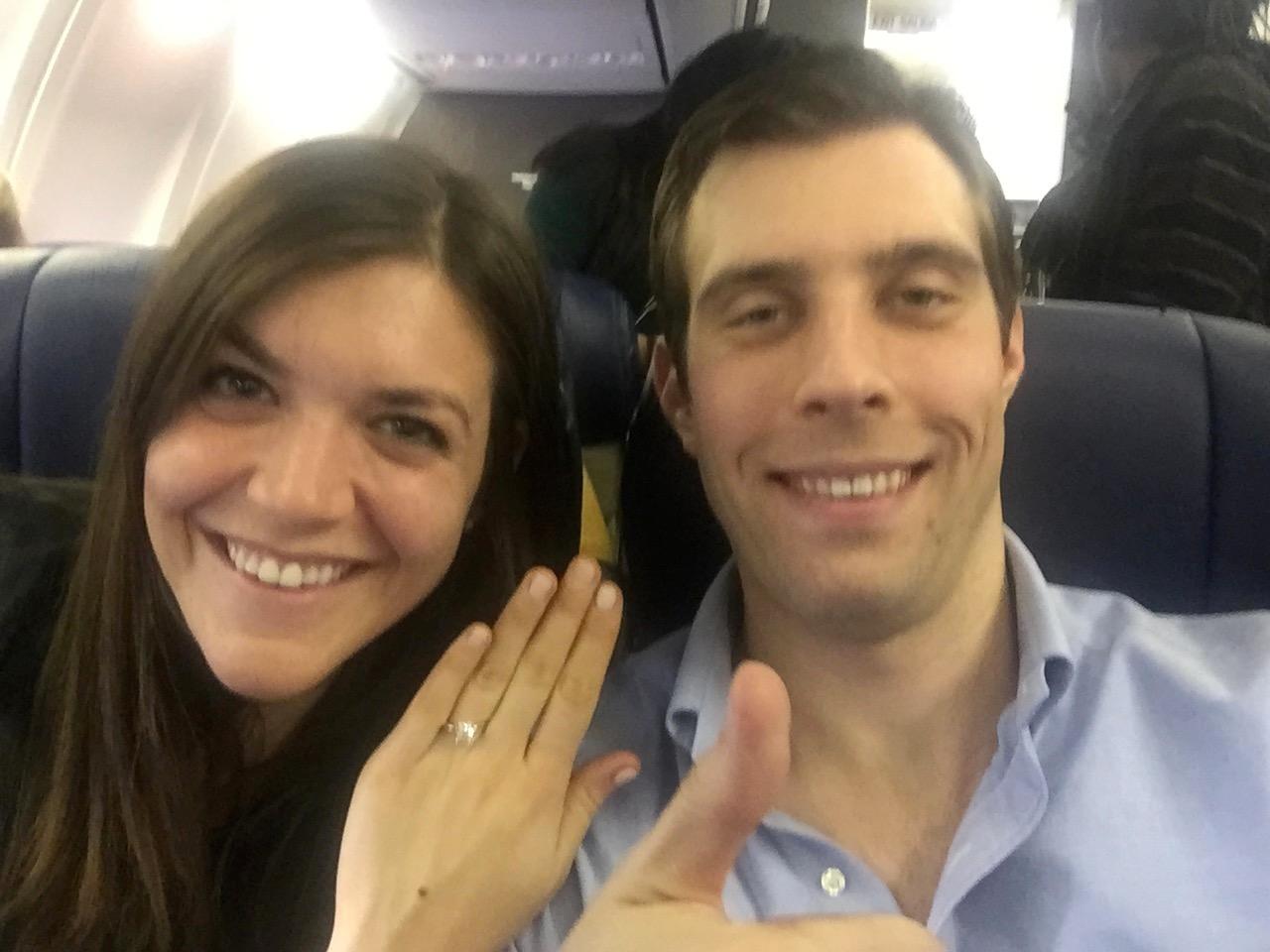 Love is in the air this winter and our Southwest Heart couldn’t be beating harder. Rewind to Flight #1945 on January 2, 2013, where Lauren Zsigray and Derek Gollnitz are waiting to board their early morning flight back to New York City after visiting family in Chicago for the holidays. Lauren remembers seeing Derek at the gate thinking he was handsome. Boarding B22, Lauren snagged an aisle seat leaving the middle seat open. Then a few minutes later, she heard someone say “Excuse me, is that seat taken?” Sure enough it was the cute guy from the gate. Lauren recalls “We still debate who started talking to whom first. I say that he asked if I wanted the air on and he says that I asked him if he was coming or going.  Regardless, we spent the whole flight talking and eventually realized we were going to the same part of Manhattan after landing, so we decided to share a cab into the city. He got my number when he dropped me off at my apartment, we went on our first date two days later, and we’ve been together ever since.” Exactly three years later, on the same flight and route from Chicago to New York City, Derek was ready to pop the question. “To me, it was only fitting that we take the next step in our relationship the same way we met--not to mention that I had to improvise the proposal a bit and that I (and my and her parents) successfully kept the plan secret for weeks” recalls Derek. About 20 minutes before landing, Lauren got up from her seat. When she got back to their row, Derek got down on one knee with the ring that had been in his pocket all day and asked Lauren to marry him. Lauren remembers “We were at the back of the plane, the lights were off, and most people were sleeping or distracted, so it was a very quiet and personal moment for us. Once we sat back down, the flight attendant came and asked our names and offered us a celebratory drink. Both he and the pilot made sweet announcements wishing us congratulations, and the whole plane cheered for us!” 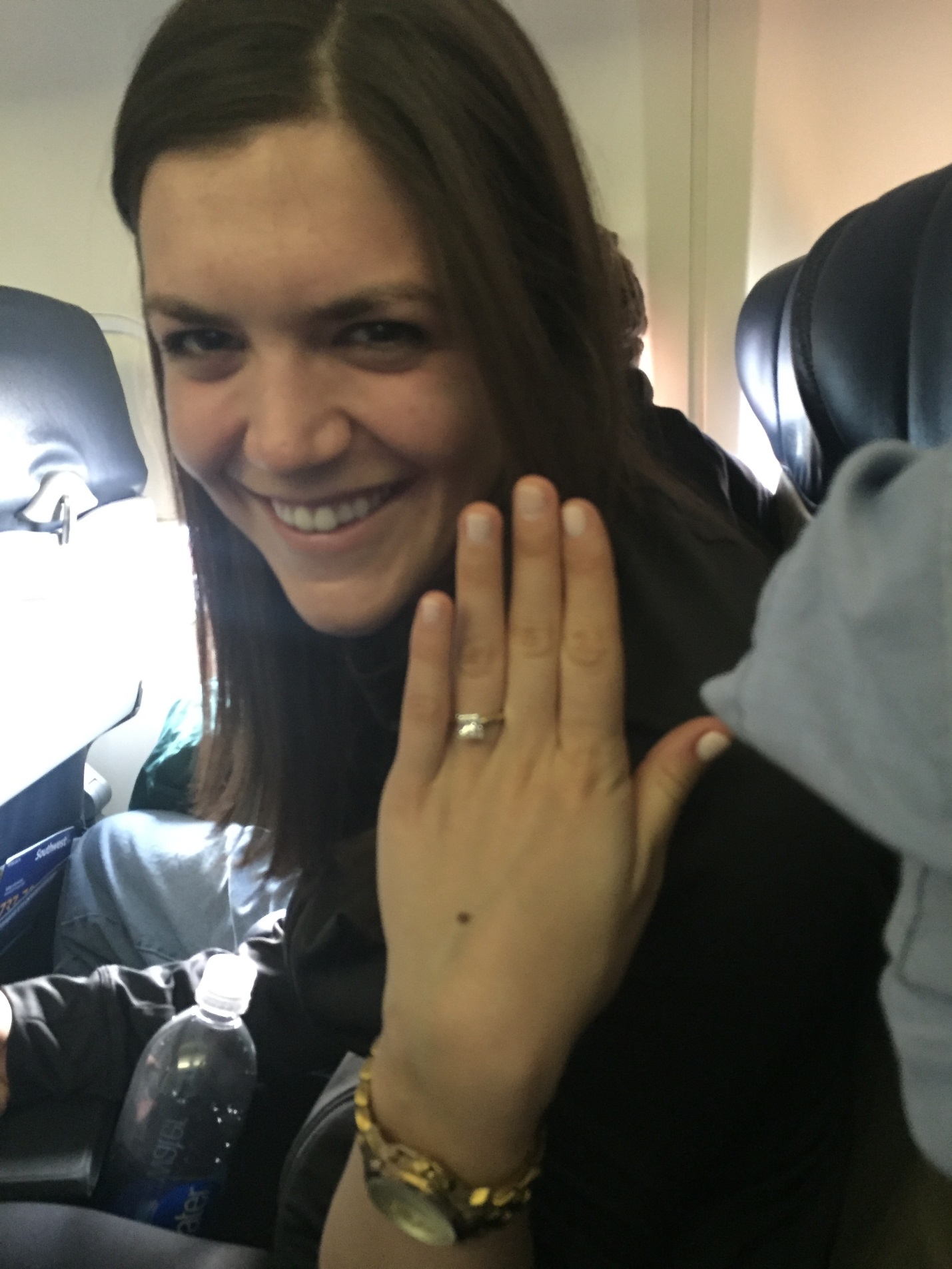 Derek looks back on their story and remembers “I love telling people the story of how we met, not just because of its novelty, but in the way it reflects several of the many things we have in common and part of the reason we’re so happy together.” Lauren adds “We’re excited to be getting married next October and can’t wait to spend the rest of our lives (and many more flights) side by side.” We want to wish Lauren and Derek all the love and happiness the world can offer. We’re so happy to have them as a part of our Southwest family, and look forward to sharing the skies with them for years to come. 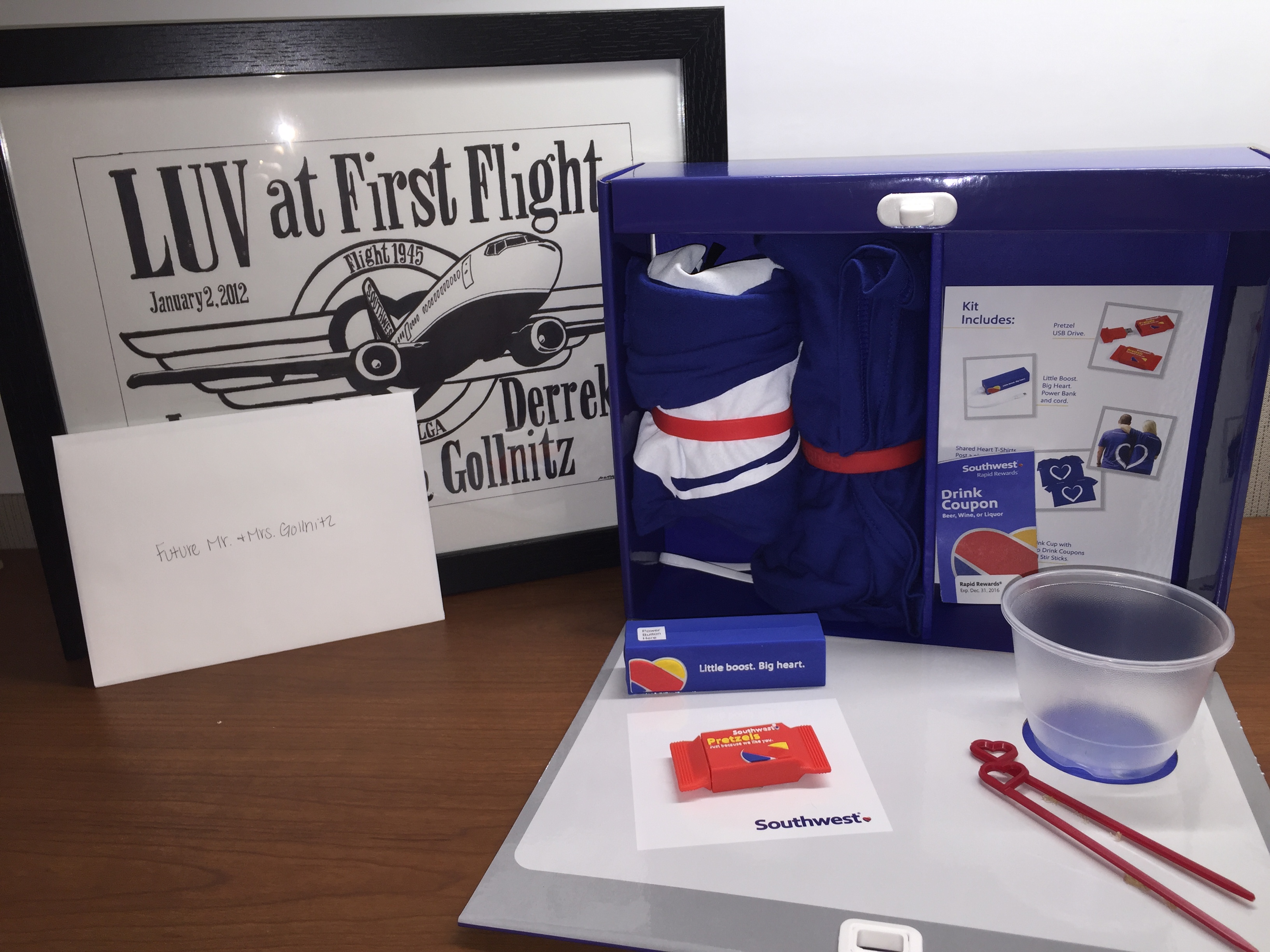