Every Seat Has A Story: Love at First Flight 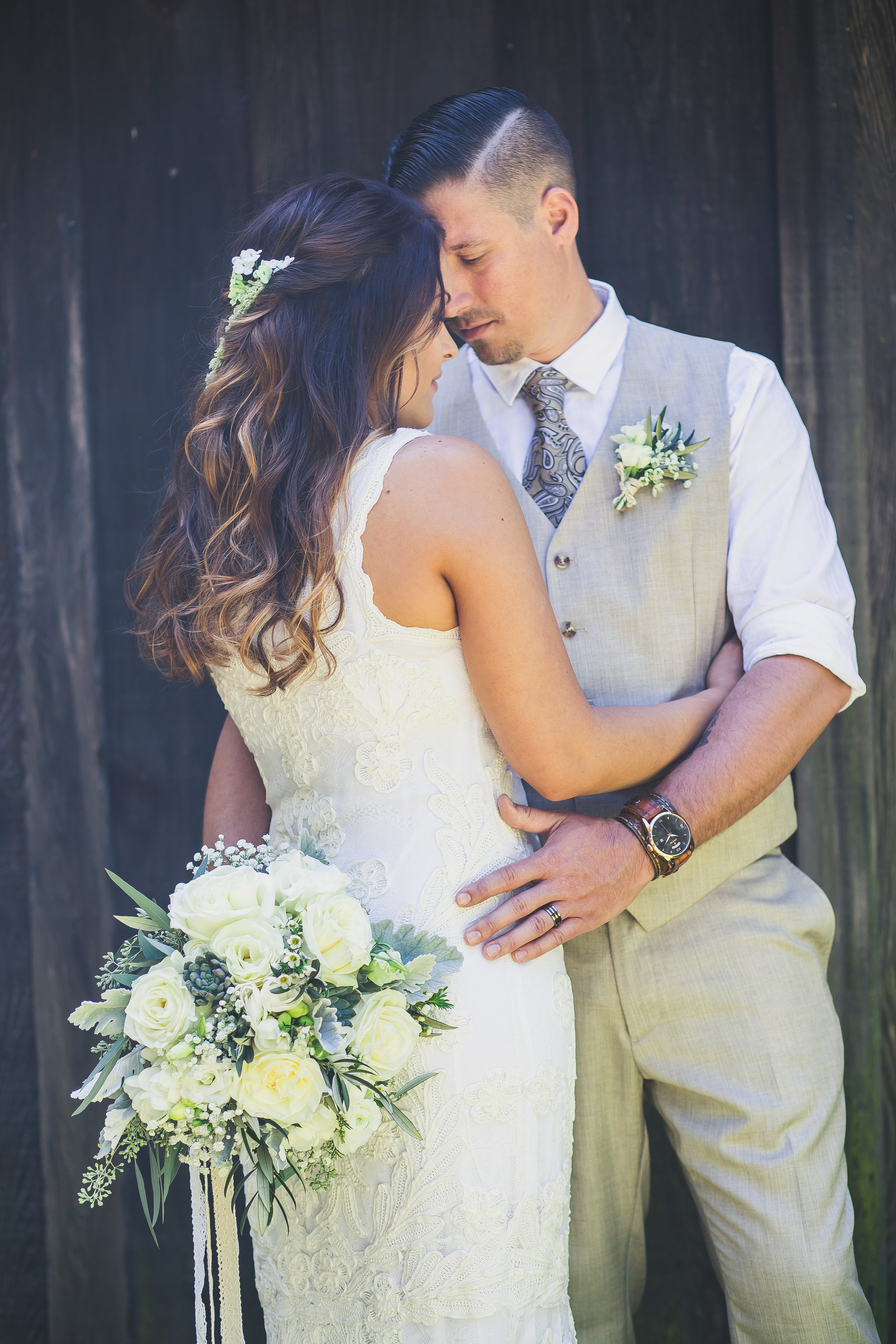 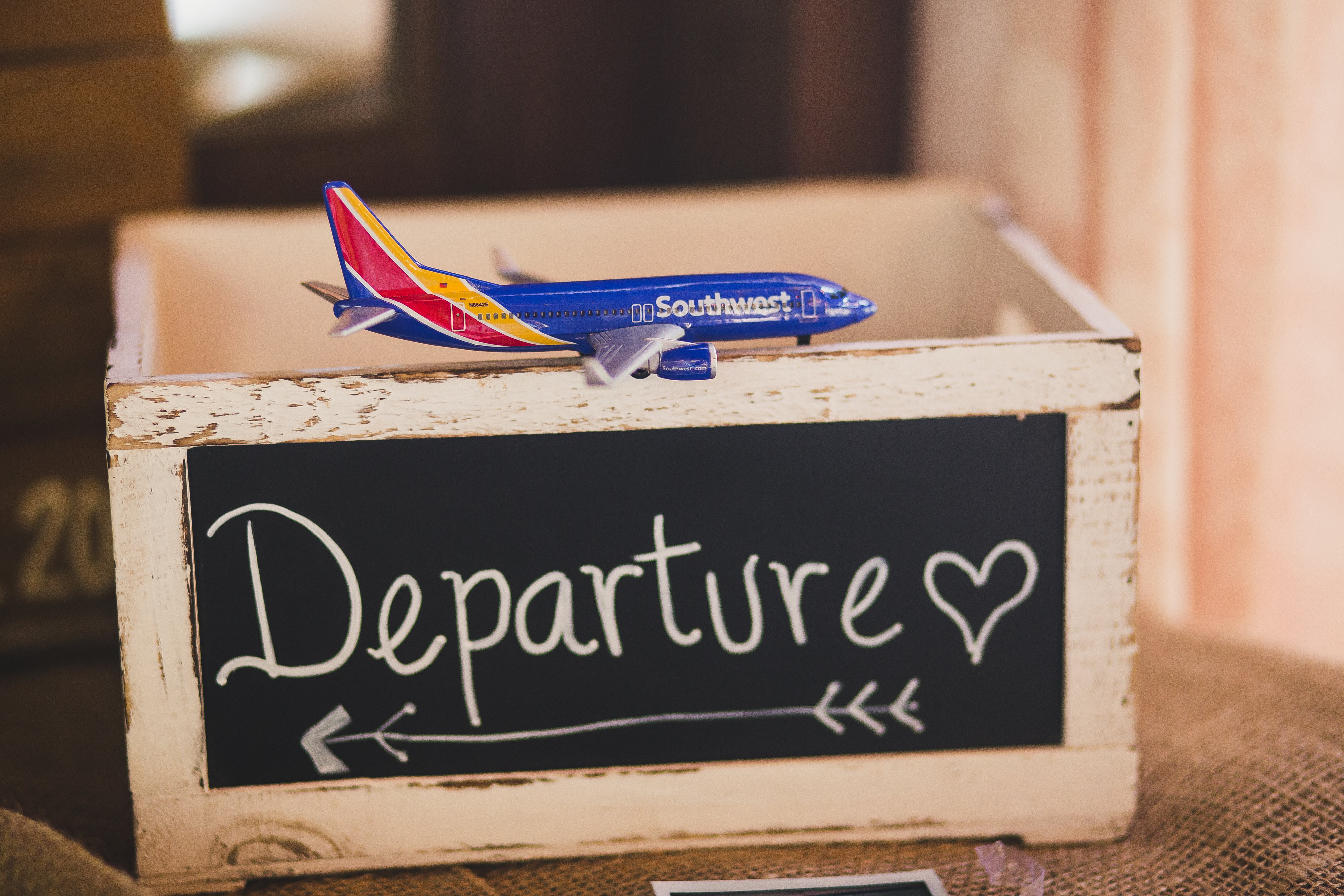 I am not normally one to make friends with the stranger sitting next to me on an airplane. But, this time was different. On September 20, 2014, I was on my way home to San Diego from Chicago, where I had been a bridesmaid in my friend’s wedding. Tom was catching a connecting flight from his way home to San Diego from a vacation. He was rushing to catch the plane, and was one of the last to board. Thank goodness, Southwest doesn’t have assigned seats! It was a full flight. I was anxiously waiting to see who I would be stuck with for the next five hours of my life. Then I saw him making his way to the seat next to me. I thought, “Of course this good looking man is going to sit right next to me when I look like this!” It was an early morning flight, my hair was a mess and I wasn’t wearing any make up. “Oh good, he’s wearing headphones, he probably won’t talk to me.” But, I am so glad that I was wrong. Before the plane had even left the gate, my heart was pounding and we were deep into a conversation and realizing just how much we had in common. “Thomas Modifica Jr.” – when he told me his name I replied, “I’m not going to remember that!” We talked for hours. I heard all about his dog that he missed so very much while he was on a month-long trip to Europe. Then, I watched a movie on my laptop, and he watched the entire thing over my shoulder and with no sound he laughed at every joke. We laughed until we cried over a "Cat Lady Mirror" in SkyMall Magazine. We had an undeniable spark. So much so, that I even pretended to fall asleep and let my leg touch his just for a minute. He still says that at that moment, he pretended that we were married and coming home from a trip together and imagined what our life together would be like. He made me feel so comfortable. In just a five-hour flight, I had let down my wall and felt that I could fully be myself with this person. So what now? I was reluctant to add a stranger on social media when he had asked. The flight was about to land. Would this just be a fleeting moment that I would always remember and wonder what could have been? That spark that we had was unlike anything I had experienced. As we were deplaning, it took me an extra few minutes to locate my carry on and get off of the plane. I had lost sight of him. I should have given him my number. I should have just added him on social media! Then, as I walked into the airport, there he was waiting for me. He handed me his business card and told me that he had sensed a connection between us and to be in touch if I ever changed my mind. I was such an idiot. I clutched onto the card and then uttered, “Have fun with your dog!” Have fun with your dog? What kind of a response was that? He must think I definitely didn’t return his feelings of a connection. I started to feel a hot sweat come over me and I rushed to the nearest restroom. I literally stood there for at least five minutes deciding what to do with his card. I tucked it into my wallet. It took me a couple of months to contact him. During those months, I thought about him often. I talked about him, too! My friends and family came to know him as, “The plane guy”. When the time was right, I finally reached out. I thought for sure that he wouldn’t remember me. But, he knew instantly who I was. 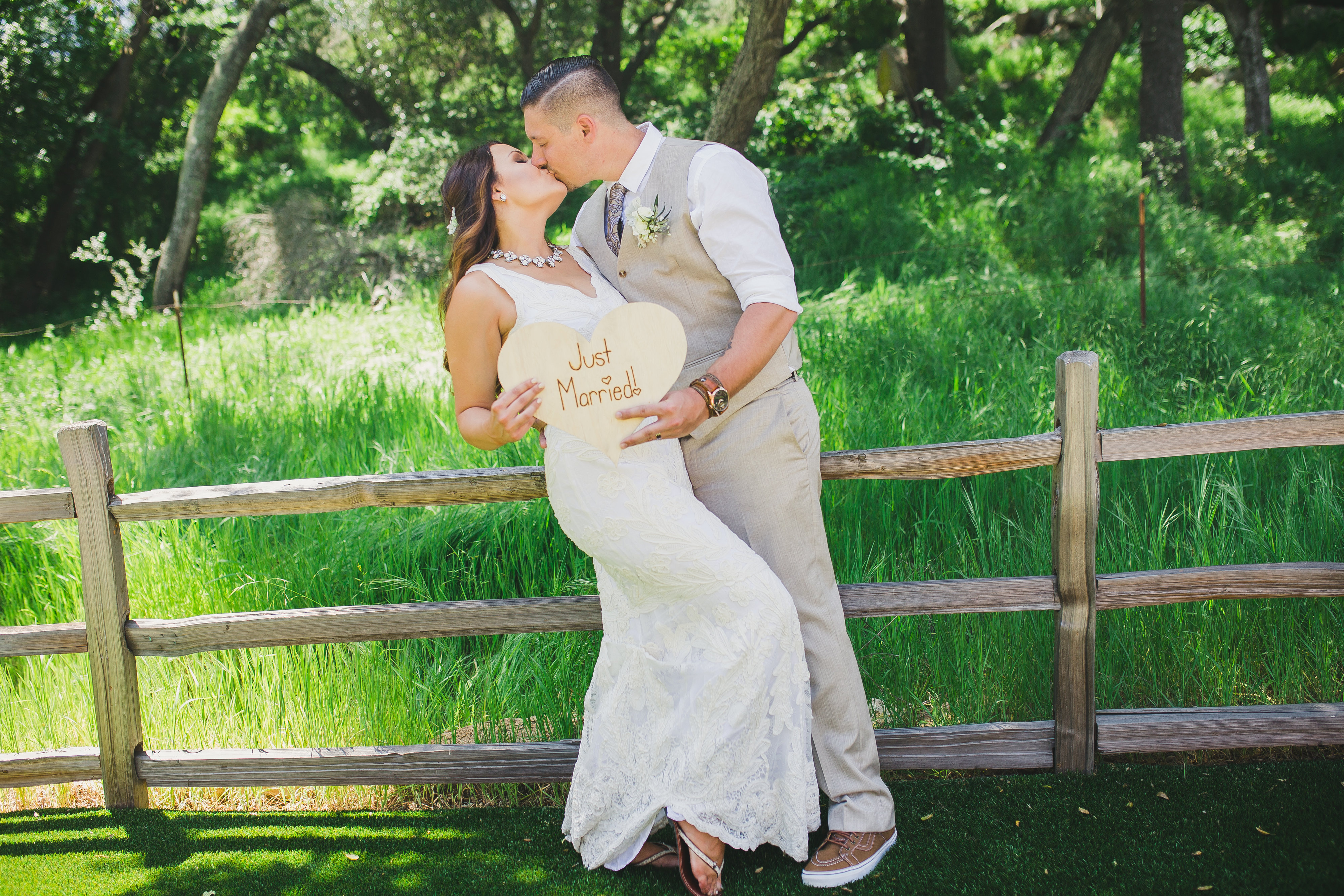 Now, almost two years later, we are married. We had the most beautiful “Love at First Flight” brunch wedding. 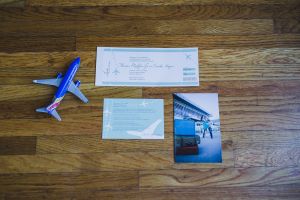 We were so excited to have Southwest 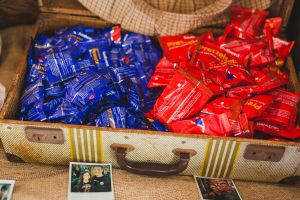 be a part of our big day, since we wouldn’t have met if it weren’t for that fateful flight. It's not often that true love is found on a plane! So many things in both of our lives had to line up perfectly for us to be on that exact flight and in those seats next to each other on that day. We truly believe that we were destined to be there in that moment. Thank you Southwest for our “Love at First Flight!”
13 Loves