Flash Forward: The Birth of our first Dash 800

Normally, I write about the past, but this post is about history in the making.  As a certified “av geek,” one of the things that fascinates me about airplane construction is how a bunch of metal comes together to form an airliner.  Dara Schmidt, our Boeing Representative, has been supplying us “av geek caviar” with a series of photos showing our first 737-800 under construction.

The 737 fuselages are assembled at Spirit Aerospace in Wichita (a future Southwest city).  In the manufacturing process, down is sometimes up, and above is the aft cargo bin in the lower fuselage. 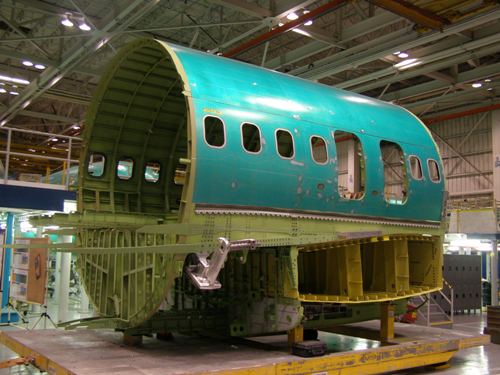 Up is really up in the photo above.  This is Section 44 with the overwing exit openings.  Unlike the -700, the -800 has two overwing exits.  We can also see the openings for the massive wing spars. 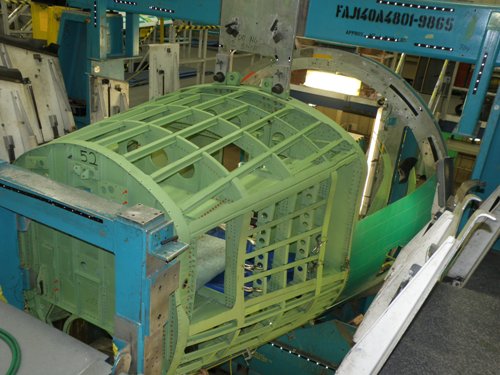 Another fuselage section is the section at the very back of the airplane.  We get a good idea of what an aircraft’s framework looks like under the skin.  Modern airplanes are built with both lightness and strength in mind. 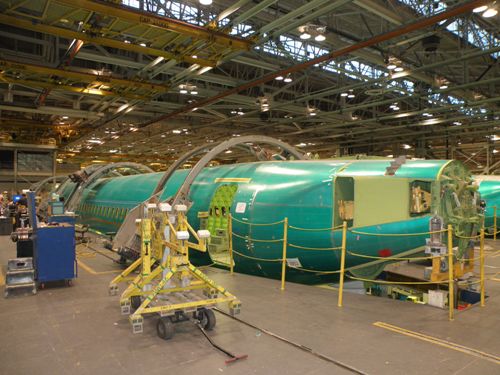 Like a model airplane, all these sub assemblies are then attached to each other to make the fuselage.  This view shows the fuselage with the aft module attached. 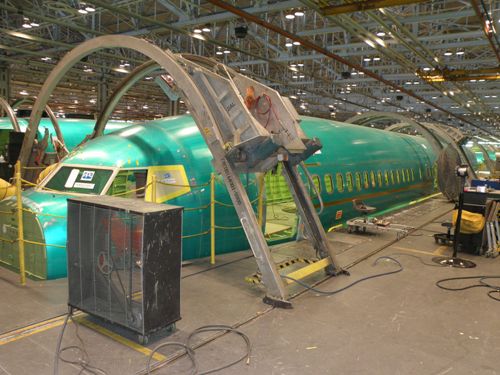 From the front, we see the units that are used to fasten the sections together.  The fuselage is essentially an empty shell at this point.

On January 18, the entire unit was placed on a railcar.  The BNSF Railway will then take the completed fuselage shell to Boeing’s assembly plant at Renton, Washington.  There, the wings, horizontal and vertical stabilizers, engines, and landing gear will be attached, and the wiring, electronics, and cabin items installed.  Stay tuned for more updates on the birth of our first 737-800.