Since 1987, Southwest has served Michigan when our first service to Detroit Metro airport commenced.  And, for a brief period of time, we even had service to two Detroit area airports.

Twenty-five years ago this summer, Southwest launched a multi-million dollar campaign to promote our service to the city, particularly Detroit’s City (DET) Airport, now commonly known as the Coleman Young airport in honor of the former mayor who championed its cause. 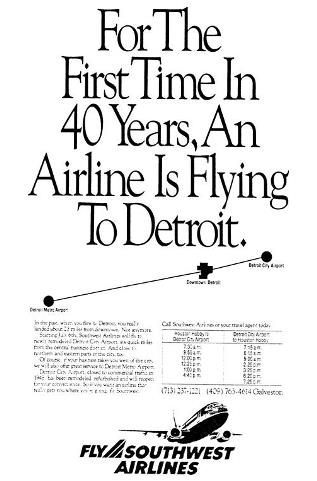 When Southwest service to DET began on July 6, 1988, Customers enjoyed the convenience of departing on a full-sized airliner from an airport just a few miles from the center of downtown Detroit for the first time since the day of the DC-3. 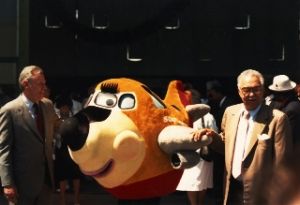 Herb, TJ LUV, and Mayor Young
Under the guidance of Mayor Young, a $25 million effort to restore the terminal had taken place in order for Southwest to start operations.  This included a renovated entrance, ticket counter area, and three new jetbridges. 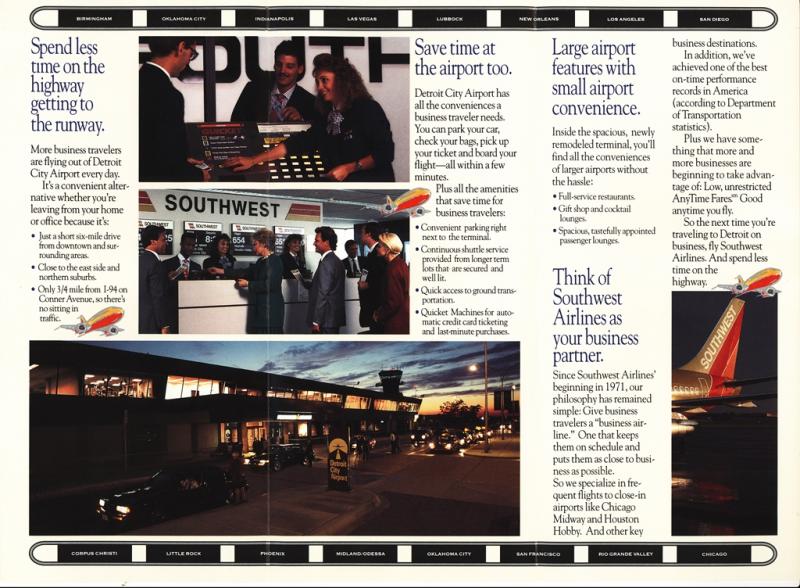 The campaign’s goal was to promote the frequency of service from the airport, as well as low fares starting at $19 to cities like Chicago.  Unfortunately, the shorter runways at DET presented some operational challenges that limited the range of our flights, and, in September 1993, all flights were consolidated into a single operation at Detroit Metropolitan Airport.  We continue to offer 25 daily flights to ten destinations.  But for that brief period of time, Southwest helped make it that much easier to split town by splitting the town.