If you are thinking that the guy wearing the airplane suit and the leather helmet looks familiar, you are right.  That’s Southwest Chairman Emeritus Herb Kelleher, and he’s wearing a Pac Man T-shirt.  Why, you might ask, was a respected airline executive dressed like this in public? 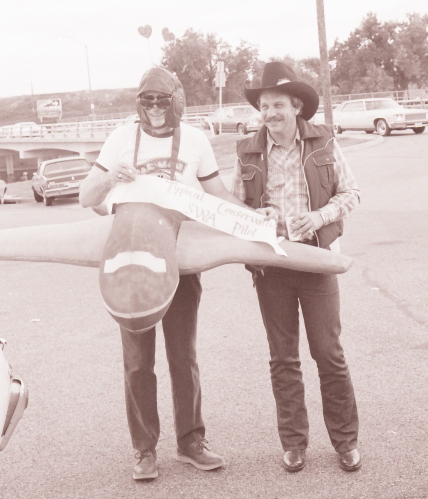 In late 1981, Herb agreed to a Pac Man “battle” with Southwest Captain Bob Landa, and the venue was the Love Field watering hole, the Cockpit.  The bridge in the background behind Herb and Bob is the bridge carrying Webb Chapel Boulevard from Shorecrest to Northwest Highway over the east end of Bachman Lake.  Evidently, the Cockpit was located close to the position where Whataburger is now.  According to LUVLines (our Employee magazine), Herb convinced Bob to “spot him 150,000 points.”  With this nice handicap, Herb won by a few points, and by winning, he was able to bid Bob’s December schedule for him.  Although the article has no information about what would have happened, should Herb have lost, it does tell us that Herb chose a lot of late evening Amarillo layovers for Bob. 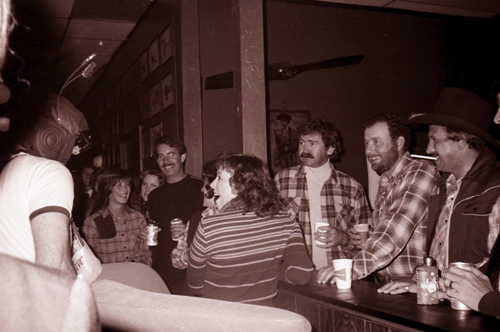 With his newly won Pac Man title intact, Herb celebrates with his supporters in the bar.  From a scholarly angle, I think the “Great Pac Man Incident of 1981” is noteworthy for two reasons:  One is that Herb demonstrated an early interest (and apparently, a little mastery) in electronic technology, which may amaze his current colleagues—no word if the game survived its encounter with the “hands of Kelleher.”  And two, it shows that the Malice in Dallas arm-wrestling contest, almost 15 years later, wasn’t the first time that Herb willingly took on an a worthy opponent in a public display of ability and cunning. 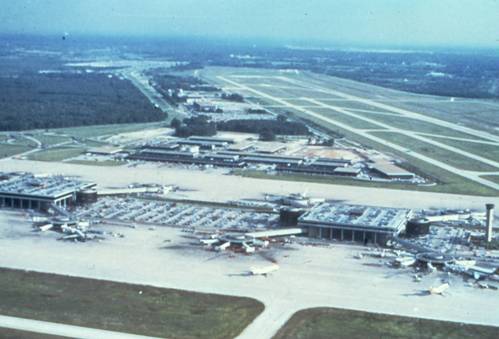 And, now for something completely different (to borrow a line from Monty Python): Houston Intercontinental (IAH), renamed George Bush Intercontinental, was one of Southwest’s three original airports.  On November 14, 1971, we moved some Houston flights to Hobby Airport, and closed IAH on May 14, 1972. 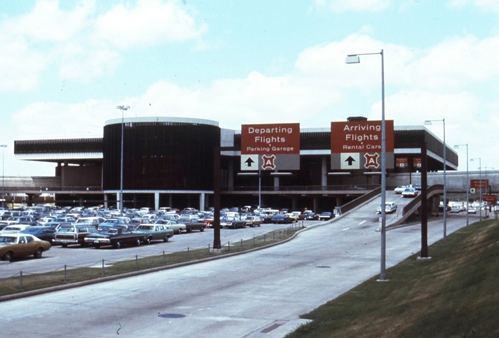 On September 8, 1980, we returned to Terminal A (above) at Houston’s north side airport with flights between IAH and DAL. 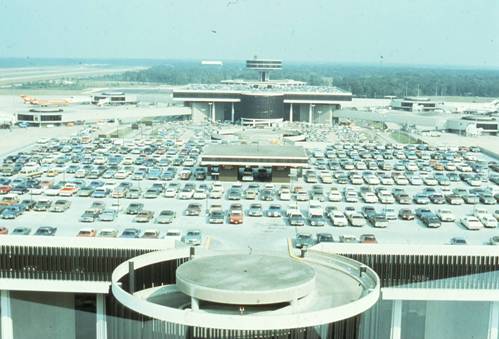 This view gives us a good look at the original configuration of IAH’s Terminal A, from where Southwest operated until April 2, 2005, when we concentrated all our Houston service at Hobby.  Terminal A has since been remodeled. 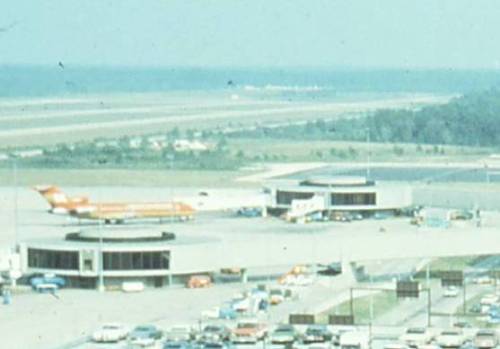 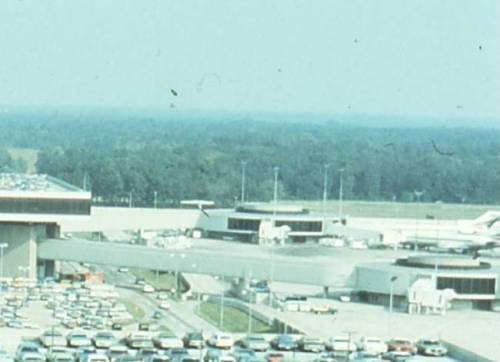 Over on the right side are two Delta 727s. 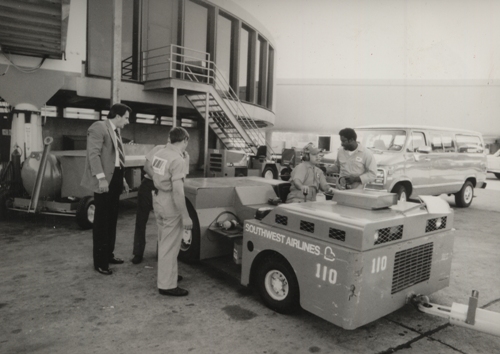 We go downstairs to look at some of the ramp equipment on opening day, but the scratches on the front of the pushback tug are a good indication the equipment isn’t fresh from the factory.  Behind the man in the sports coat is a lavatory cart, and a bag tug is parked next to the stairway.  Incidentally, the similar Terminal B is the only IAH terminal not to have seen major changes over the years. 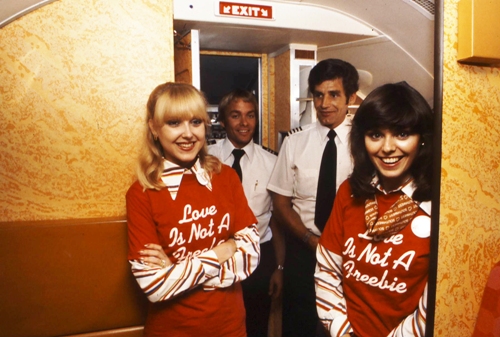 Like our post in last week’s Flashback Fridays, this post has a tie-in with Dallas radio station, KVIL.  The station made an early morning offer for folks to come to the airport to take the first flight to IAH for free, and LUVLines reports that early arrivals at the terminal were pleading with their coworkers to play hooky from work for a free flight to Houston.  In the gate area, Customers received corsages and commemorative belt buckles.  The Flight Attendants wore special T-shirts that proclaimed:  “Love Is Not A Freebie”—no doubt a reference to the radio station’s free tickets.  From left to right, we have Flight Attendant Debbie Watkins, First Officer Randy Henderson, Captain Doug Nitsch, and Flight Attendant Dawn Powell.

So, is there anything else other than the era during which they occurred to tie these two seemingly unrelated events together?  Actually, there is.  Both Herb’s epic Pac Man “battles” and the IAH inaugural illustrate a basic Southwest tenet of not taking yourself too seriously.  Working hard and having fun really are longtime Southwest traditions.  Like opening a new station today, reopening IAH took a lot of hard work and planning.  Yet we celebrated it with a lot of fun (and a few double entendre T-shirts and hopefully, not too great of decline in the city’s work force productivity).  These two isolated but related events weren’t the first examples of our folks having fun with their jobs, and thankfully, they aren’t the last.