Flashback Fridays: A Big Bear on a Big Bird 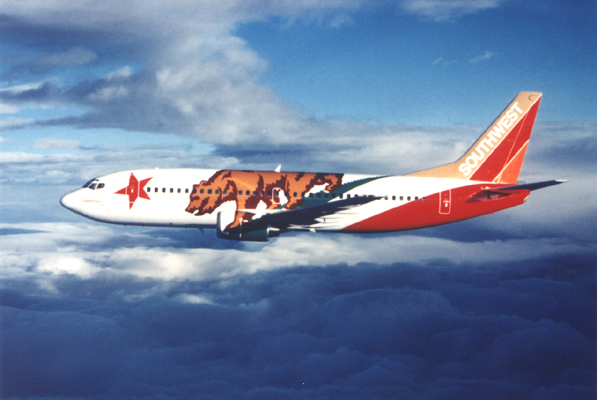 This month marks the 20th anniversary of California One, a tribute to the Golden State and its nine Southwest Stations we serve. In 1982, Southwest entered the California market with service to San Diego, San Francisco, and Los Angeles.   Co-Founders Herb Kelleher and Rollin King studied intra-California service extensively in the late ‘60s and modeled many pieces of their first Air Southwest (as their project was then known) business plan from what they had learned.  Our California footprint quickly grew to nine airports with more than 500 daily flights. 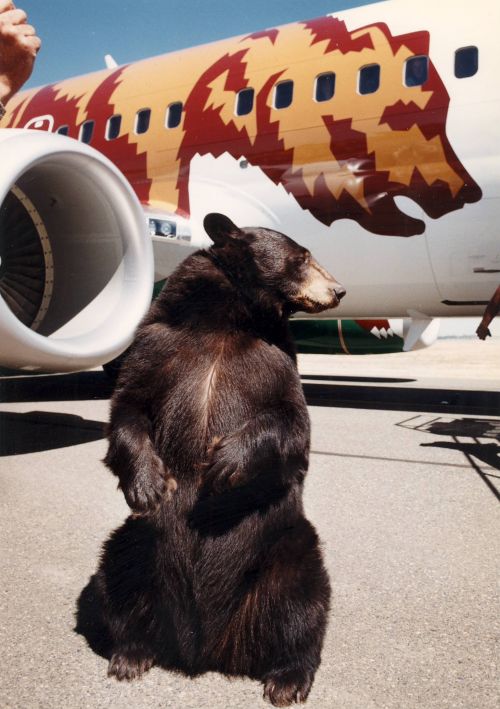 On August 11, 1995, California One made its debut in the state capital of Sacramento.  A California brown bear by the name of Brandy was on hand to help dedicate the new aircraft featuring a much larger grizzly just above the wing.  Along with the white backdrop and red star, the Bear Flag of California depicted on the fuselage had taken a week to paint using about 20 gallons of seven different colors. 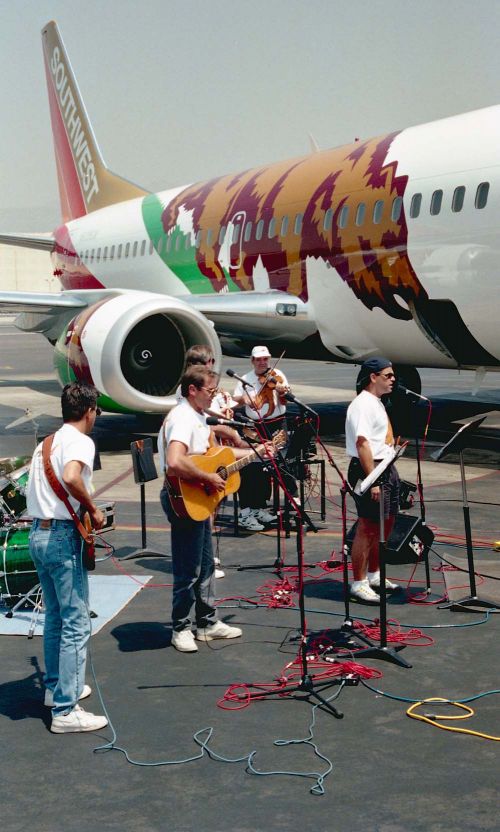 Following the unveiling in Sacramento, California One spent the next few days on its tour of the state, making stops at each Station where Employees had a chance to see the new aircraft up close.  Entertainment was provided by Vice President Jim Wimberly and his band of Southwest Leaders.  Tour t-shirts and posters were also on hand for everyone in attendance. 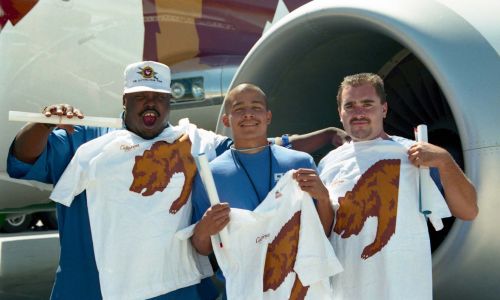 California One still proudly serves in our fleet of ten Flagship aircraft dedicated to some of the states we serve.  And just as our Triple Crown One did earlier this year, the legacy will live on following its transition to a -700 series aircraft when reaching its next scheduled refresh.
9 Loves