Flashback Fridays: A Building Fit for a Sim

At the time, it seemed enormous, and it was truly state of the art.  On August 28, 1986, our original Flight Operations Training Center opened.  Tucked between Hangar 5 and the three-story portion of Headquarters, the building actually predates the Headquarters Building, which opened in 1990.  Today, the building serves as the Maintenance Training Center and Engine Shop, and our massive Flight Ops Training Center occupies the southern part of our campus.  Twenty-five years ago, when the original building opened, it also housed Inflight Training, and its proper title was the “Southwest Airlines Training Center.”  Above, the sign out front welcomes everyone to the new facility. 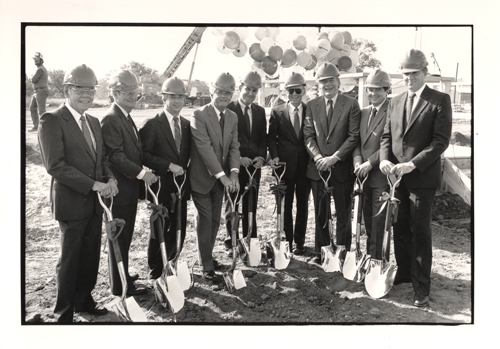 Like most buildings, this one began with a groundbreaking ceremony.  Herb is joined by eight other hard-hatted executives wielding silver shovels. 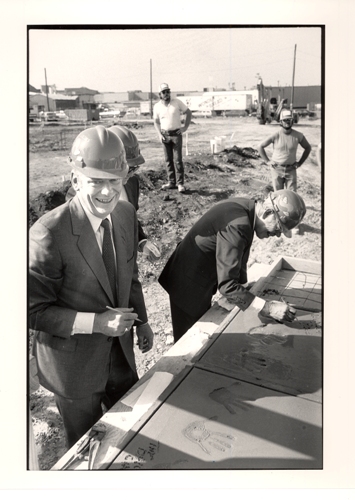 Unless it was just coincidence that he was wearing the same suit, shirt, and tie, it looks like the cornerstone ceremony was also held the same day as groundbreaking.  Each participant placed their hands in wet concrete, and then they wrote something in the concrete.  No doubt, Herb’s comments were wittier than the rest.  I wonder if the builders  went ahead and put flooring over all the signatures.  If so, we might get to see them (and the comments) again, when and if the building is razed. 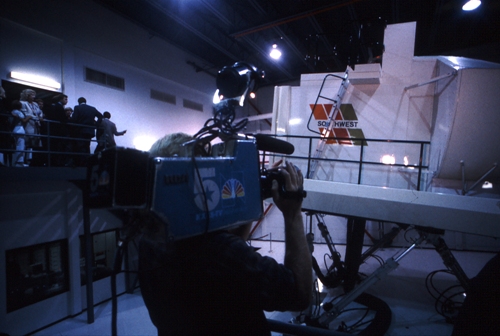 Inside the building was the first 737-200/300 simulator in the United States.  Designed by Redifussion in the United Kingdom, the unit cost $8 million.  The local television stations deemed the event newsworthy enough to cover. 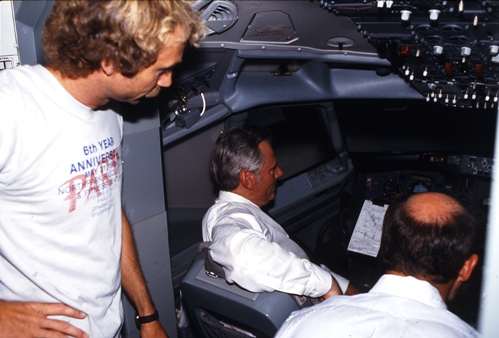 Inside the cockpit of the simulator, Herb gives Southwest’s latest investment a look, as Training Center Employees explain the system to him.  Today, although the -200s have been retired, this simulator is still hard at work doing what it has done for a quarter century--training Southwest Pilots.  The Training Center operates eight simulators in a bay that has space for additional units as they train our approximately 6,000 Pilots.