Flashback Fridays: A Look at a Hostess of the Month

During the 1970s, our Flight Attendants were the stars of our publicity efforts.  In our archives, we have publicity files on each Flight Attendant who was hired up until the late 1970s.  In many of the files—especially the earliest ones, there is biographical information for each Employee, including the name of her hometown paper.  Many of the early Flight Attendants were from small Texas towns, and a press release announcing their hiring would be sent to their paper.  For more than ten years, in each monthly edition of our inflight magazine, the Southwest Airlines Magazine, there was a “Hostess of the Month” feature that showed a Flight Attendant visiting an important Texas landmark.  This week, we look at one of those monthly features from 1978 that showcases Linda Hildebrand (her last name at the time). 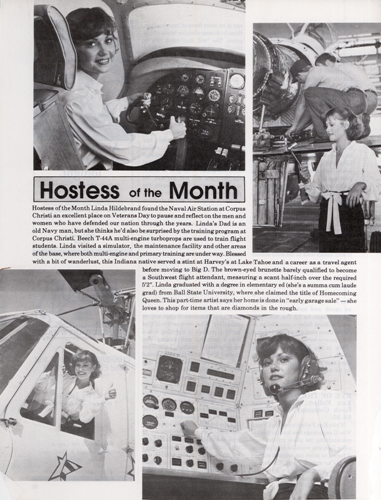 Usually, the Hostess feature filled two pages at the back of the magazine.  One page (above) had black and white photos of the Employees in “civilian” clothes taken at a Texas landmark location, with a short write up about the site and biographical information about the Employee, and the other page on the magazine’s inside back cover had a color, full-page photo of the Flight Attendant in her uniform.  For Linda’s shoot, the venue was the Naval Air Station in Corpus Christi. 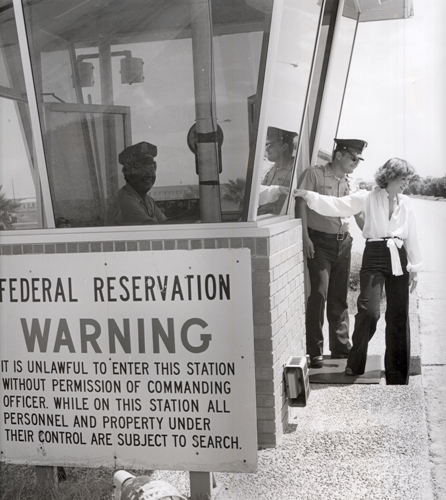 While the guard at the entrance gate seems glad to see Linda, the guard inside the building is keeping a wary eye on the photographer.  The Corpus Christi Air Station has an interesting history.  By 1944, it was the largest naval air training facility in the world.  In 1943, the first President Bush graduated from the third class at the base, and he was the youngest aviator ever to graduate.  The Blue Angels were based there for three years in the early 1950s, and the base was a tracking station for NASA’s Project Mercury. 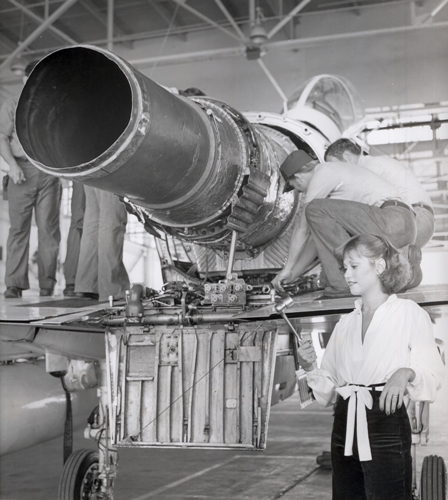 Making her way over to one of the base hangars, Linda meets up with a group of Navy Mechanics working on a TA-4 Skyhawk, the trainer version of the famous fighter-bomber from the Vietnam conflict.  The aft section of the fuselage has been pulled off to allow access to the engine.  Linda looks befuddled by the socket wrench she is holding. 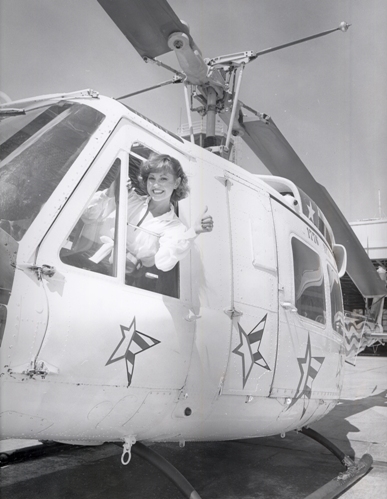 This UH-1 Huey helicopter has some unusual markings.  Given the time period of when the article was published, it may still be wearing special Bicentennial colors.  In spite of her “thumbs up” signal, Linda will want to get her head back in the cabin before the engines start. 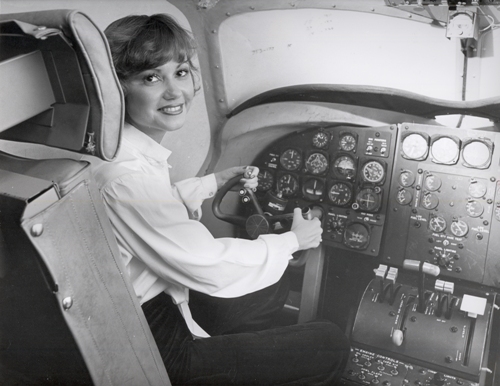 The next two pictures have Linda in the simulator for the Beech T-44A trainers.  Above, she is in the Captain’s seat, but this simulator doesn’t allow for projected (this was before computer generated visuals) images in the windows. 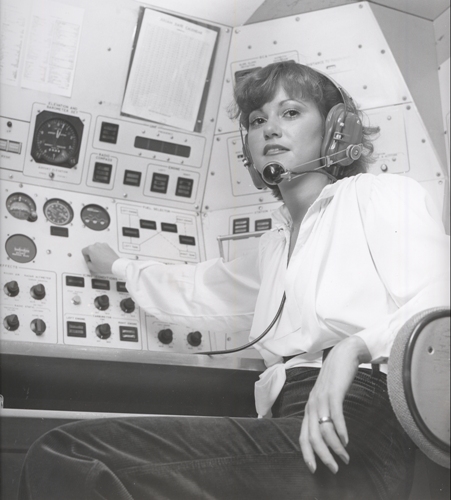 Next, we see Linda after she moved to the instructor’s seat of the simulator.  Just below her right hand are the controls to simulate icing conditions, and the “Effects” control pad is to the left of the icing panel. 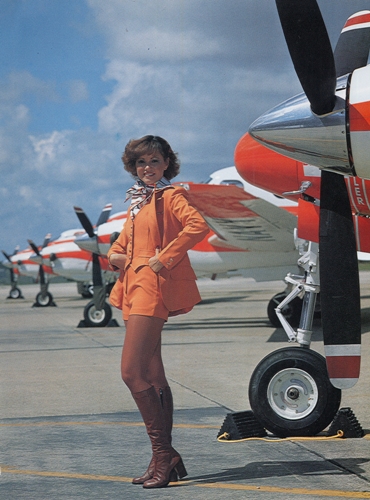 Finally, Linda gets out to the “real” airplanes, and this is her inside back cover color photo wearing her uniform among a lineup of T-44A trainers.  The Air Station is still using the “A” model, along with the newer T-44C.  The T-44 is based on the Beechcraft King Air, and the Corpus Christi facility also flies the newer TC-12B, which is based on Beechcraft Super King Air.

The “Hostess of the Month” feature received a prime location in our inflight magazine for roughly the first decade of our operation.  While the concept of  featuring a pretty woman was definitely a “sign of the times,” the prominence it gave to our Employees represents a longer lasting basic principle of Southwest.  These early magazine layouts are one of Southwest’s first proclamations that our People set us apart and are our most important asset.  That was true in 1978, it’s true today, and hopefully, it will be true throughout our future.