For consumers, it’s never been easier to view air travel options anywhere in the world via a multitude of different sources. But there was a time when most flyers relied on their local travel agent prior to the ease we all expect today on the Internet.  And 20 years ago this month, yet another battle in our Company’s history transpired when owners of the major computer reservations systems (CRS) attempted to make it even harder for Customers to access our product. 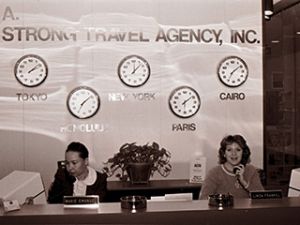 At the time, there were four major systems—Sabre (owned by American,) Apollo Galileo (owned jointly by United and USAir,) SystemOne (owned by Continental,) and Worldspan (owned by Delta and TWA.)  While our flights were available in all of the major systems, our principle system had been Sabre, in which we were a “Level 1 participant,” meaning  travel agents subscribing to SABRE could view our flights and print tickets from the system and complete purchases over the phone with a Reservations Sales Agent (now CS&S Customer Representative.)  This represented a $30-million-a-year cost savings. 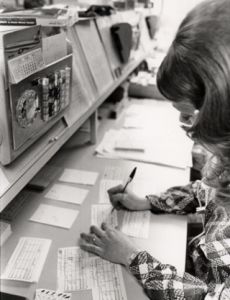 At a time when 85 percent of travelers were purchasing airline tickets from travel agents, about 55 percent of Southwest Customers relied on these services.  On May 1, 1994, Apollo’s owners announced that Southwest flights would no longer be available via the system’s primary displays, and tickets could no longer be generated.  Three days later, Worldspan made a similar move.  This was in an attempt to force Southwest to pay about $100 million in additional fees, which would have raised our fares considerably in a time when Customers were benefiting from the considerably lower fares we offered throughout our growing network. 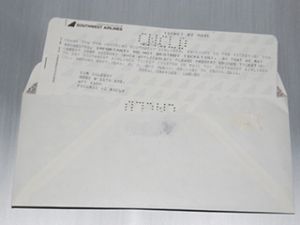 TBM (Ticket by Mail)
Instead of giving in to the attempts made by other airlines to raise our cost, additional solutions were sought to continue making our flights accessible to travel agencies, but also to find additional ways to make it easy for Customers to access tickets.  The initial solution was a product known as Southwest Airlines Ticketing, or just SWAT.  SWAT was a (at the time) industry standard piece of software running off a floppy disc. 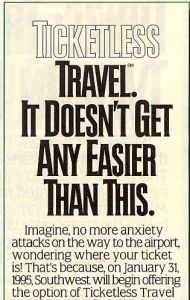 Agencies using the product could access our information via a dial-up modem connection, and tickets purchased would be sent via overnight delivery to the agency.  Later that year in September, another revolutionary idea was proposed—eliminate the ticket all together.  This became known as Ticketless travel, an amenity we’ve all grown to expect over the years. Our 1994 CRS battle was yet another example of how we overcame—and prospered—in the face of something that was seen as almost an insurmountable obstacle at the time.
2 Loves

Southwest tops NerdWallet’s ratings of how airlines have handled the pandemic!

My event was cancelled