In last week’s Flashback Fridays, we talked about how the jet engine and the new jet airliners contributed to Southwest’s uniqueness.  This week, let’s look at the sudden and complete change they brought to the airline industry.  For those of use around the last ten years or so, the “aught” years have brought incredible, widespread, and unheard of change.  Everything from 9/11, war in Iraq and Afghanistan, and soaring fuel prices have taken their toll on the airline industry.  Although it may seem like a cliché, commercial aviation is all about change.  And, the years from 1958 to 1962 make the change of the last decade look like child’s play.  Most people know that aircraft represent the most expensive “tools” of an airline.  Imagine what would happen if basically every commercial airplane was obsolete overnight, replaced by a brand new type of aircraft.  Well that did happen 50 or so years ago.

Compare the 1958 view above at Los Angeles International with the view below taken at the same airport in 1962.  Above there is nothing but DC-6s, DC-7s, Constellations, and a couple of ConvairLiners.  Each DC-7 and Super Constellation cost approximately $1.5 million, and the DC-6s and earlier Connies slightly less.  DC-6s, DC-7s, and L-1649s (the last version of the Constellation) were still rolling off the production line in 1958, the same year as the Boeing 707 entered service.  Oh, and those early 707s cost about $4.5 million. 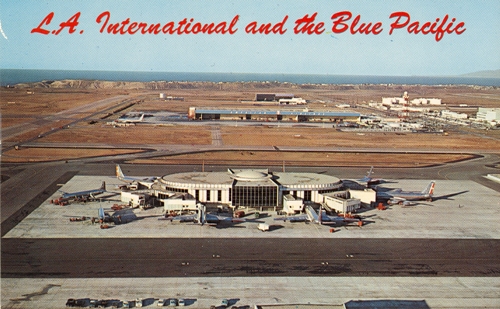 Just four years later, the jet revolution for longhaul flights is complete, and in the photo above, we see five 707s at the terminal with two more at the hangar.  In contrast, there is only one DC-7 still hanging on and one DC-6B.  All those expensive brand new piston airliners were literally obsolete overnight.  Multiply these “before and after” images for every major airport across the country.  By 1968, just ten years later, the jet engine had scoured every large airline of airplanes powered by piston engines and propellers. 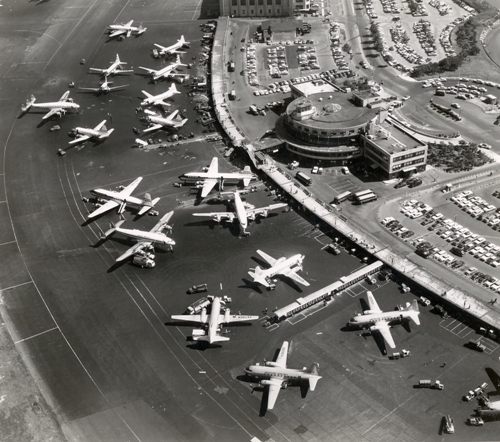 The photo taken at New York LaGuardia above illustrates the financial cost of this change.  This photo was probably taken closer to 1950 or 1951, before the introduction of the DC-7 and Super Connies.  Almost every airplane in this photo would have find a second home.  The Martin 404s and the ConvairLiners went to local service airlines like Southern, Trans Texas, and Central (headed by Lamar Muse).  The DC-6s and Constellations went to charter carriers or foreign airlines who used them on shorter domestic flights.  The airlines’ newest aircraft, the DC-7s and Super Connies, didn’t have this aftermarket because of their temperamental Wright Turbo Compound engines.  While some charter carriers operated “Sevens” for a short time, they were soon retired or converted into freighters.

Another factor driving the prop obsolescence was that, once passengers had flown a jet, the last thing they wanted was a DC-7 flight.  In order to get back some of their investment, airlines would charge higher fares for jet flights.  But the bottomline was that not only did the airlines have to spend millions of dollars for new “must-have” jet aircraft, their recent investment of millions in the latest piston-engined aircraft was almost worthless. 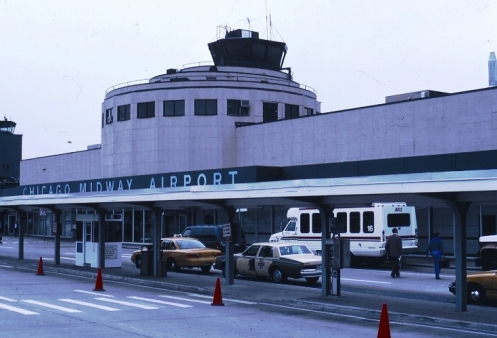 On top of that, some of those DC-7Cs and L-1649s were only two and three years old.  Airports were affected too.  The long takeoff runs of aircraft like the 707 and DC-8 turned airports with short runways like LaGuardia, Washington National, and Chicago Midway (above), 1958’s world’s busiest airport, into ghost towns until new jet engine technologies and aircraft designs started coming online.

There was some good news in this upheaval, however.  The success of the 707 and the Douglas DC-8 led to accelerated demand for jet service on shorter flights.  This was met by the French-built Caravelle (bought by United), the Douglas DC-9, and the Boeing 727.  The British BAC-111 and the Boeing 737 were developed for even shorter flights—the kind on which Southwest “cut our teeth.”  In addition to Southwest, the 737 was the first jet aircraft used by the other intrastate airlines like PSA, Air California, and Air Florida.  Local carriers like the original Frontier, Piedmont, Allegheny, Alaska, and Pacific Western in Canada were also early 737 users.  Except for a shorter length, the 737 passenger enjoyed a cabin with the exact same dimensions and furnishings that a longhaul 707 offered. 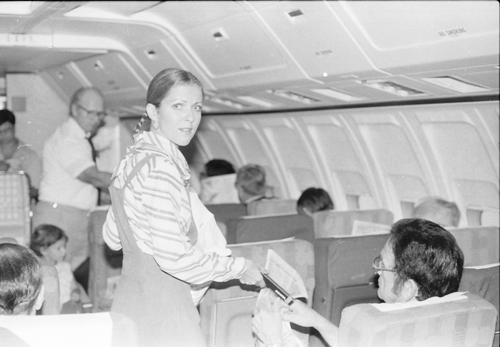 This was crucial for Southwest, and as we mentioned last week, the 737 made Southwest competitive with the Braniffs and Texas Internationals of the world.  Without the jet revolution of 1958, their probably wouldn't have been a 737.