Twenty-two years ago this month, our Maintenance (now Technical Operations) Department grew by 25 percent when the hangar doors of our fourth base (Phoenix) welcomed their first Boeings in October 1992. The 125,000 square-foot facility was built to expand our ability to keep our aircraft and ground service equipment in top-of-the-line order, while also representing our commitment to what was then our largest station in the Southwest system.  And, of course, we welcomed the addition to the family in classic Southwest style. 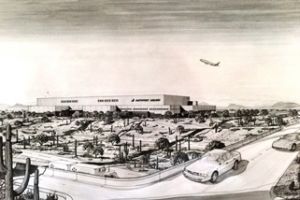 In a groundbreaking ceremony in January 1992, Jack Vidal, our original Vice President of Maintenance, helped move the first shovels of dirt and pointed out to the visiting dignitaries what would be home to the new $10 million facility.  Herb was there to offer a “blast” of assistance, as well. 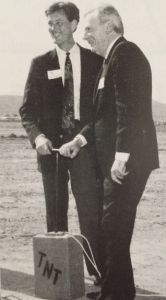 At an event later that year in October, Arizona dignitaries, including Mayor Paul Johnson and Senator John McCain, joined Herb for a special sneak preview of the new base.  In the spirit of friendly competition, even America West Airlines new Chairman Bill Franke was in attendance to welcome Southwest to the neighborhood, only a few hundred feet away from their own hangars, at a time when our daily 135 departures were quickly catching up with AW’s 168. 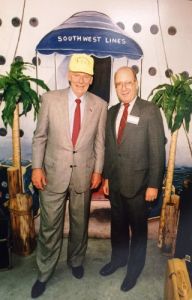 Employees wore their nautical-themed attire representing the flags of SWA, which complemented the cruise ship that welcomed guests into the mezzanine. 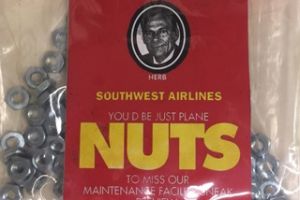 And, although it’s pretty hard to see clearly, the photo above appears to be a package of nuts (not the salted variety, but the metal kind that pair with bolts) that bears the sentiment that one would have to be “Just Plane Nuts to Miss our Maintenance Facility Sneak Preview." 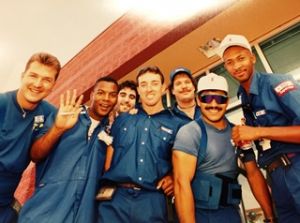 Today, our Phoenix Technical Operations base is home to almost 400 Employees, all dedicated to keeping our fleet Safely flying and to maintaining every piece of ground equipment that meets those aircraft on the ground.
1 Love