Over the course of our history, our Company has welcomed several new Family Members, with AirTran Airways being the most recent.  In 1994, a similar integration took place when Morris Air of Salt Lake City became part of the Southwest system.  With the addition of Morris Air, Southwest was able to enter 20 new markets in seven states.  This represented the largest growth of its kind in our Company’s 22-year history. 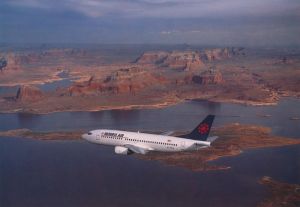 Morris Air originally started as a charter airline in 1984 and was founded by travel agency owner June Morris.  The travel agency (Morris Travel) saw tremendous growth in the 1970s in the wake of airline deregulation, as the airlines were able to slash fares and make deals with high volume travel agencies.  Morris saw an opportunity to enter the leisure travel market as a charter flight operator.  Doing business as Morris Air Service, the first charter flight was from Salt Lake City to Hawaii.  The company quickly expanded to 14 flights a week to six destinations such as Seattle, Los Angeles, Portland, and Anchorage. At a time when the cost of air travel in the region started to soar, Morris helped keep airfare in check.  An example of this was the Anchorage–Seattle Market, where other carriers’ fares ranged between $418 and $741.  Morris’ highest fare was $399 for a walk-up ticket.

In 1992, Morris began to take steps towards exiting the charter market and starting a scheduled airline service when it pursued financing to purchase its first 737-300s.  Flights prior to that often utilized aircraft operated by Sierra Pacific, Ryan, and Continental Airlines.  The company officially took to the skies as its own airline on December 2 that year as Morris Air, following a successful run of eight years as a charter operator.  With a business model very similar to that of Southwest, Morris Air continued to be successful as a low-cost, “no-frills” airline.  The airline’s first president was David Neeleman, who also went on to be the founder of a number of other airlines, such as JetBlue and Azul.  June Morris served as CEO.  Morris Air initially provided service to 25 western cities with 1,200 employees. In late 1993, Morris Air continued to grow throughout the west with service to 22 markets.  With ambitions of expanding our network, Southwest announced an 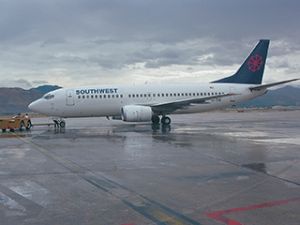 acquisition of Morris on December 13, 1993.  Following Department of Justice approval, the acquisition was completed only 18 days later on New Year’s Eve.  In classic Southwest style, a “wedding” in Las Vegas was officiated by “Elvis” himself on February 17, 1994, forever joining the two companies. 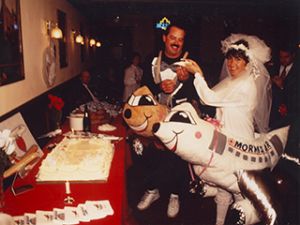 Morris Air continued to operate as a wholly-owned subsidiary for much of 1994.  June Morris joined Southwest Airlines as a Board Member, where she remained until her retirement in 2006.  The integration was completed on October 4, 1994 when Boise, Tucson, and Salt Lake City were converted to Southwest cities.  The merger was viewed by many as one of the most successful in the history of the industry. 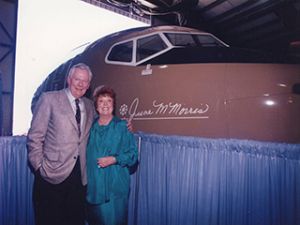