Flashback Fridays: Over the Hill Gang 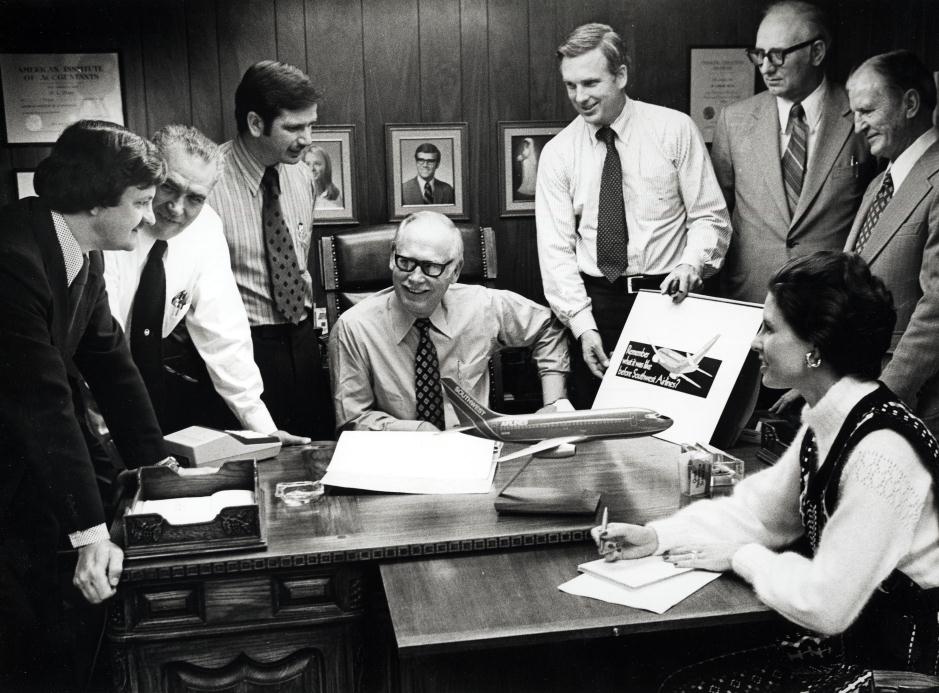 While compiling some photos of Rollin King, I came across several mentions of Lamar Muse being hired as our first CEO in early 1971, and his subsequent selection of a Leadership Team composed of several other industry veterans.  Lamar himself came from several other airlines, including American and Universal, and had made many connections during his time in the industry.  The Team of executives he brought in became known as the Over the Hill Gang. 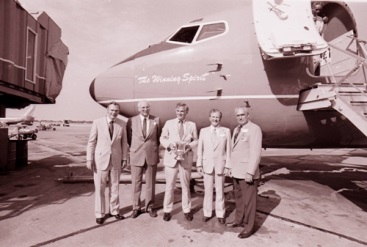 The Over the Hill Gang was a nickname for the group of airline veterans and was originally coined by Lamar himself, who was hired out of retirement by Herb and Rollin.  It included Bill Franklin, VP of Ground Operations; Donald Ogden, VP of Flight Operations; and Jack Vidal, VP of Maintenance and Engineering (now Technical Operations).  They too had gained many years of experience throughout the airline industry, and their collective knowledge established many of the operational procedures we still reference today.
1 Love