This week we swing the Flashback Friday compass needle to an area of the country we haven’t explored yet as we flashback to an airport that is one of my very favorites, Portland International (PDX).  Southwest Airlines began service to Portland on June 6, 1994, but as Oregon’s largest airport, PDX has a long and rich history.  I was a small part of that history having helped Delta open their operation there in May 1980, and being a part of the Delta/Western merger and the introduction of flights to Asia in 1987.

PDX’s terminal, like Seattle-Tacoma and El Paso, is a building that incorporates earlier buildings.  But before we talk about that, we need to mention the terminals that preceded the current one.  Portland’s first commercial airport was located on Swan Island in North Portland.  If you can find a copy of a short “B-film” from the thirties called Without Orders, you will see lots of views of this terminal.  The film company used a United Boeing 247-B as the centerpiece of a melodrama that concerns a flight from Salt Lake City to Portland.  I highly recommend the film because it has lots of actual airport and airplane views from a lost era of commercial aviation.

In 1940, the airport moved to the current site along the Columbia River, but the terminal was situated on the northwest side of the field along Marine Drive.  Working with Delta, I would have to drive over to that area to retrieve the weather packets for Japan at the Weather Bureau, and although the original terminal building was long since demolished, the building foundations and original ramp were still intact.

Being a big history geek, I began to hunt for traces of the old terminal as soon as I arrived on the scene.  These postcards from my collection will help us do that.  The current facility opened in 1958, and if you think that, in its original state, it resembles Love Field here in Dallas, they both opened the same year.  The picture below shows a lonely United DC-6 or DC-7 and a West Coast DC-3.  Note that the concourses are a single level.  By the time I arrived in 1980, an upper level with jetbridges had been built on top of the original concourses.  Delta’s original gate was on the far side of the concourse where the DC-3 is parked in the picture, and to get to our Operations Office, you had to walk down the original stairs that led to the lower boarding level.  Our Ops Office was in what had been a gate hold room.  Walking down that hallway felt very much like walking down the North Concourse’s lower level at Love Field. 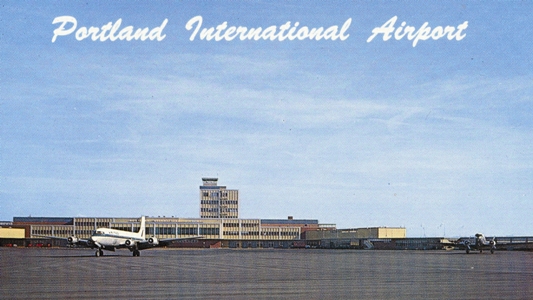 Sometime between 1958 and my arrival in 1980, the main terminal building had been remodeled and enlarged around the original core, but it still looked pretty much like it did in the postcard below.  The livery on the Western DC-6B that is just beyond the United DC-8’s nose would date this no later than about 1962 or 1963.  One peculiarity was that the service elevator behind Northwest's ticket counter was an artifact in the original building core. 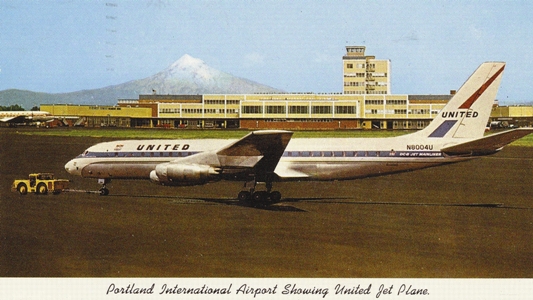 The aerial view below shows the magnificent view that is visible from the airport and the city.  Unfortunately, a new parking garage in the front of the building has obliterated the view of Mount Hood from the front of the terminal.  This view in this postcard is later than the previous ones, and the United and Western gates have been double-decked, along with the closest gates on the southern concourse.  Note the increased air traffic.

In 1989, the first of the rebuilt concourses opened, and now, the terminal sits as the middle of an “H” formed by all new concourses.  The ticketing wing has spread its own wings beyond the building's original footprint.  Like its contemporary at Love Field, silver siding replaces PDX’s original façade, and a new tower has opened.  The airport is now connected to downtown Portland via light rail, and it is a much busier place than when these postcards were printed.It's pretty hard to find the old terminal in the midst of so many new modern features, but it is there if you know where to look. (The view below of the airport today is courtesty of the Port of Portland.) 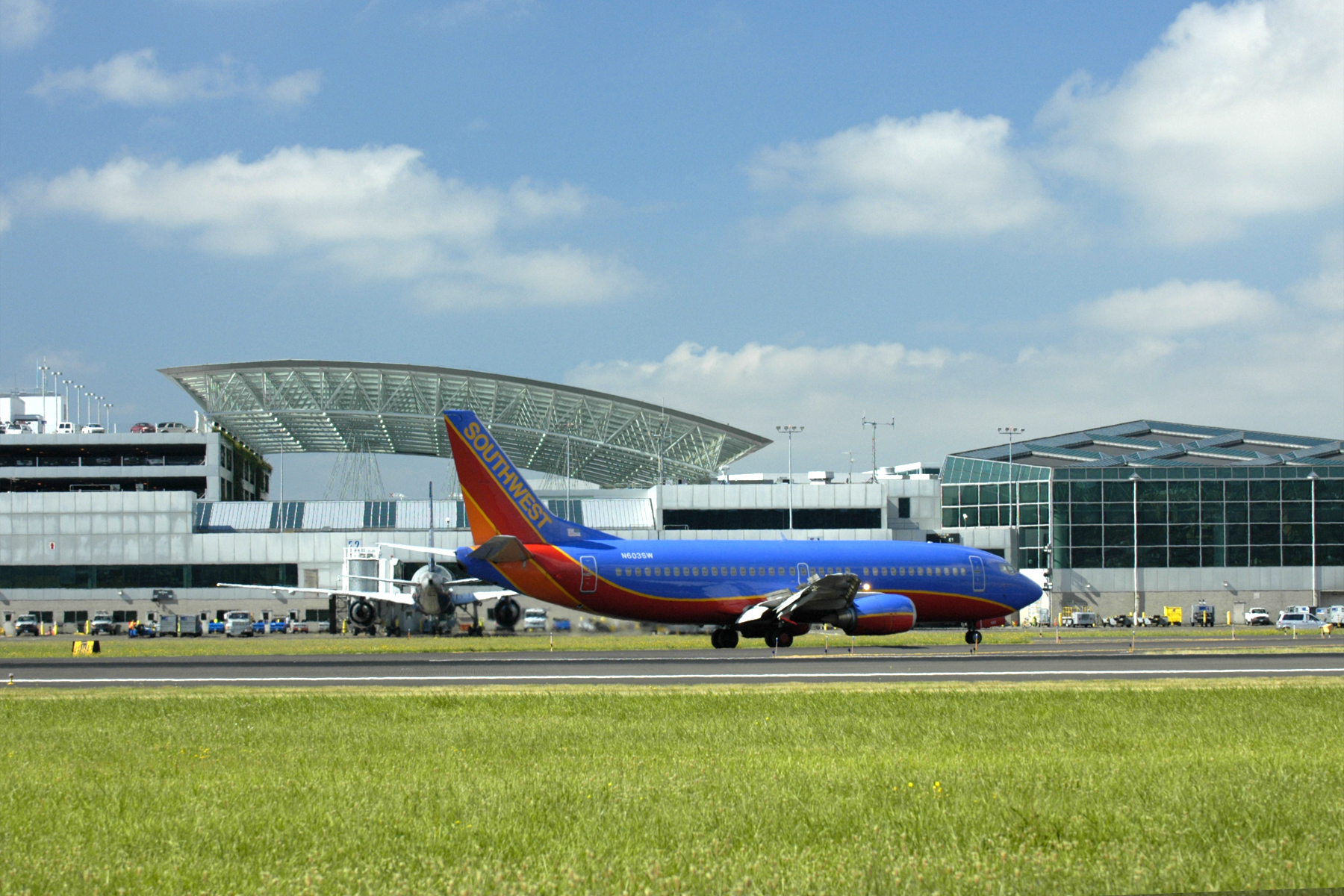