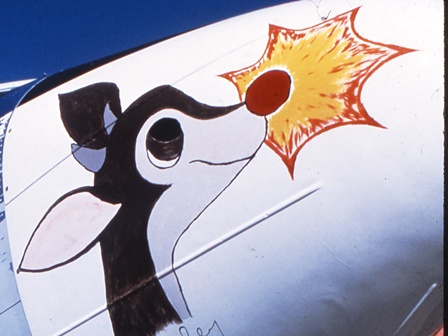 One of my favorite Southwest holiday images is that of an odd-looking 737 with “a nose that glows.”  Back in the fall of 1981, a rather strange looking -200 had recently joined the fleet as a short-term lease from Belgium’s Trans European Airways. 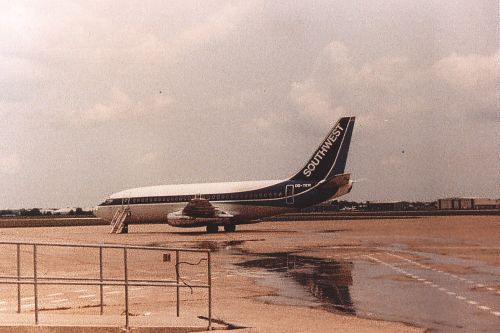 The standard “Southwest” name was affixed to the vertical stabilizer, but otherwise the aircraft retained the multiple shades of blue and white instead of the standard desert gold which the other 25 aircraft in the fleet at the time wore. 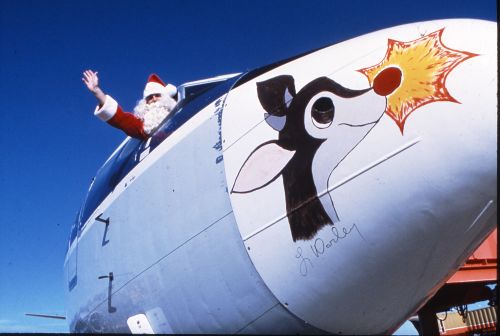 In support of the Salvation Army, Maintenance Planner Larry Worley and Mechanic Jimmy More designed a special image for the otherwise bland front end of the aircraft.  Rudolph One provided a holiday greeting, and also carried Santa and his elves around the system.  Calendars, games, and books were also sold by Employees, with all proceeds going to the Salvation Army. 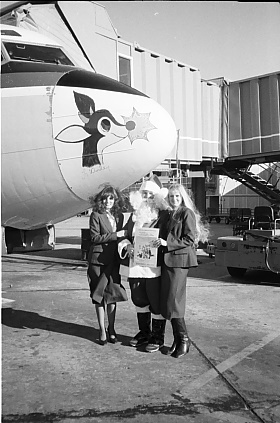