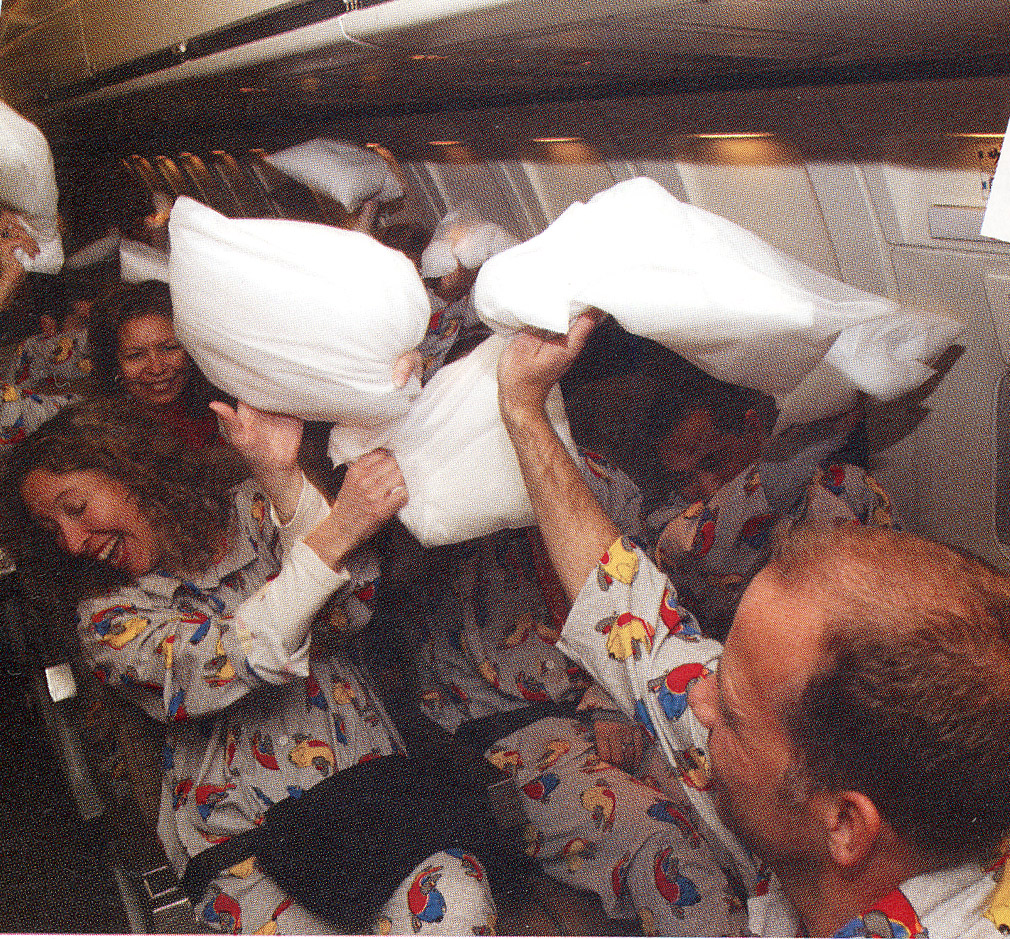 When Southwest's Founder Herb Kelleher was in search for an aircraft to start an airline with back in 1971, Boeing offered him a deal that was hard to pass up – a handsome discount off the list price along with 90 percent financing on one of their relatively newest aircraft line, the 737-200.  And for the next 34 years, that series of aircraft would go on to not only help Southwest survive, but prosper.  So of course when it came time for the final -200 to retire from service, a proper sendoff was in order.  And that’s exactly what it received ten years ago this month when a coast-to-coast pajama party was held aboard N95SW in January 2005. 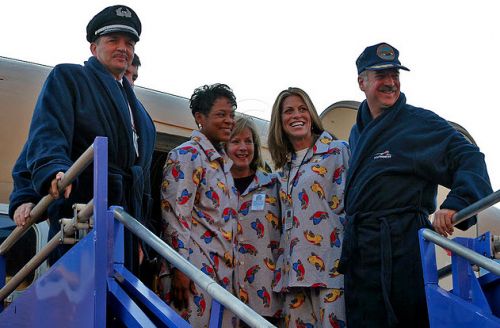 The party began just after 8am when N95 arrived into Dallas along with 95 lucky Employees onboard who were selected from a special contest.  They all donned their PJs with TJ and Spirit Jr, and took part in a champagne toast along with a pillow fight. For the final journey, several of the Crew members also had a history with the bird itself.  Captain Jim Rice returned to the flight deck of the same aircraft he picked up from the Boeing factory in Seattle when it was delivered in 1983.  Captain Jeff Kilponen, who flew the first revenue flight, joined him in the right seat.  And in the cabin, Karen Amos, who was also on N95’s delivery flight, served the last of more than five million bags of peanuts with Judy Johns and Fran Chance. 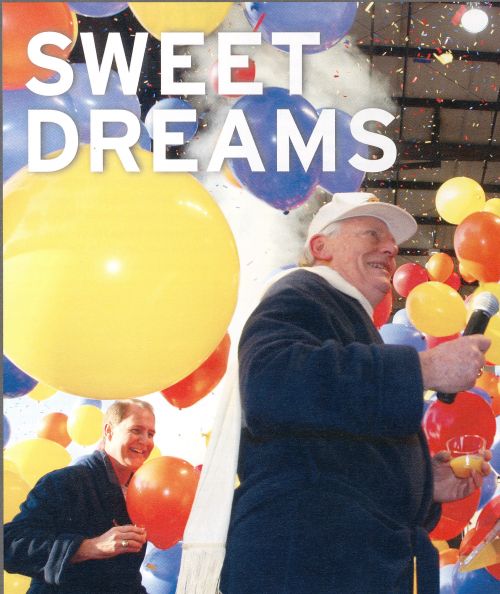 Upon arriving at hangar C, the party continued with hundreds of more Employees who came out on the cold winter morning to hear from Herb, Colleen, and Gary, also in their robes and ready to help put the -200 to bed. 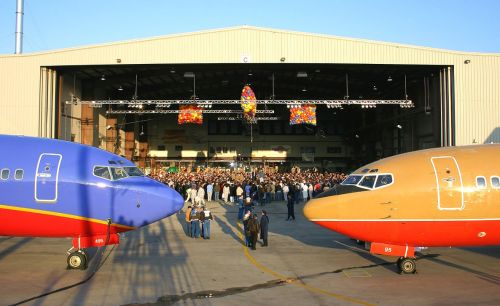 At the end of the party, one last toast was made to N95 and the 53 other 737-200s that served in the fleet and helped establish Southwest Airlines as the world’s largest operator of the aircraft line that not only helped put us on the map, but will also take us into the future.
4 Loves