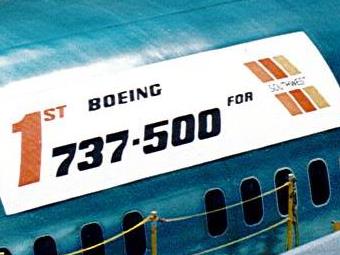 One of the smallest subfleets of aircraft within our family of 737s celebrates its silver anniversary this week.  For the second time in our history, Southwest became the launch Customer for a new aircraft series when we took delivery of our first 737-500 on the last day of February, 1990.

At just over 97 feet, the -500 was about 10 inches longer than the -200s that were gradually departing the fleet, and incorporated the new CFM-56 engines and other technologies that helped make the -300s more than 20% more efficient.  They were also significantly quieter, which helped comply with some of the most restrictive airport noise regulations around the system that we served at the time. 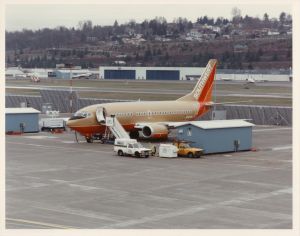 Our new -500 saw its first day of revenue service on March 5, 1990, and members of the media gathered with Employees that morning to be one of the first to ride on our new 122 seat LUV jets.  Starting off as Flight 1 in Dallas, our first -500 made a trip around Texas (quite similar to where they are most commonly seen today) to Houston, Harlingen and El Paso, before returning to Love Field for the evening. 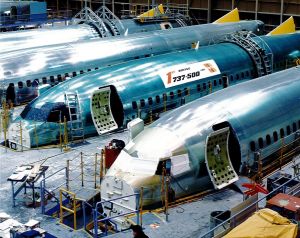 The prototype -500, also known as PU001, was the first off the assembly line in Renton as was used by Boeing for the FAA certification process.  Once complete, the aircraft was delivered to Southwest in April as N501SW, which also happened to be Shamu Three. 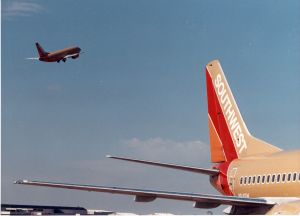 While the number of sightings of our -500s around the system become more of a rarity, it won’t be long before Southwest becomes another Boeing launch Customer again in 2017 with the MAX 8. It will mark the fifth time a new 737 series becomes part of the family, continuing a legacy of improving our efficiency while also offering our Employees and Customers a safe and comfortable way to connect People with what’s important in their lives.
6 Loves