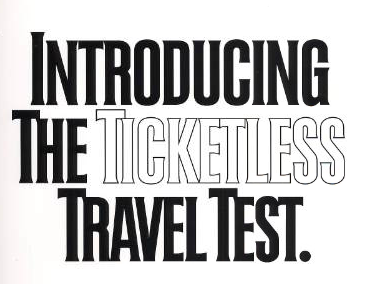 This month marks the 20th year of Southwest becoming the first major airline to offer electronic, or ticketless, travel on every flight systemwide. It's something we’ve all become accustomed to today, but it was a revolutionary change in the way we do business. The ability to issue ticketless itineraries came about following our departure from the major reservations systems owned by competing legacy airlines and adaptation of Basic SABRE. Prior to the change, Customers would need t0 produce their paper ticket at the gate in exchange for a boarding pass. At one point, the ticket was as simple as a basic cash register receipt, issued at the ticket counter from one of our classic LUV Machines. 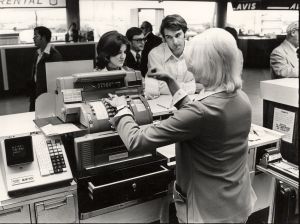 Our ticketless travel program was initially rolled out in several Texas markets in the summer of 1994, followed by all 321 of our daily intra-California flights later that fall.  Using a credit card to make their reservation, the six-character alphanumeric confirmation number and a photo ID were the only items required for travel, and could be purchased as little as one hour before departure. 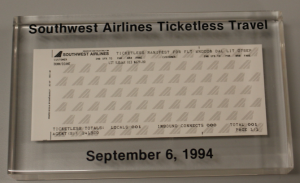 After only a few months of offering a ticketless option on all 1,800 daily flights, more than 35% of Customers were already using the new service.  It was also a gateway to another Southwest first – direct online ticketing via our “Home Gate” at iflyswa.com, a nod to our phone number (1-800-iflyswa), later that year. 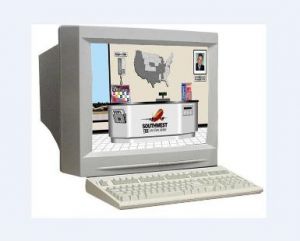